How Coronavirus Is Changing Mateando Culture in the Southern Cone 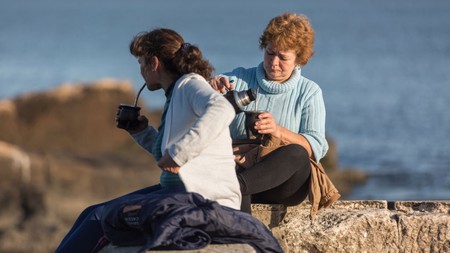 People carry their mate (pronounced ma-teh) with them everywhere using a carrier to hold the thermos flask, yerba (tea), mate (gourd) and bombilla (steel perforated straw), so they’re never without it, often sharing with family, friends and even strangers. “Mate is a habit in almost every Uruguayan household. It’s a tradition, a symbol of our culture. We share much more than a drink, we share our time with others and listen to each other,” says Diego Echeverria, National Congressman for Maldonado, Uruguay. 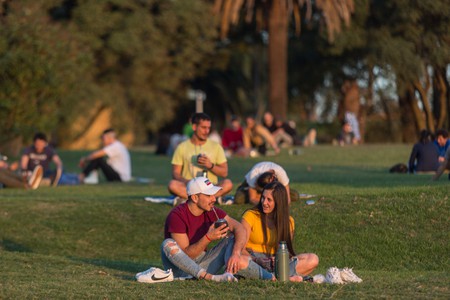 The Uruguayan Ministry of Public Health recently recommended not sharing silverware, plates, cups or bottles, but made no mention of mateando. Due to coronavirus, mateando is a health hazard and people are altering their habits to protect community health. “The habit of drinking mate, that we Uruguayans have ingrained in us, is unhealthy for personal hygiene, particularly these days. Coronavirus lasts 48 to 72 hours on surfaces like steel,” says doctor Andrés Lamoth. He stresses that to stay in good health people shouldn’t share mate as the virus spreads from respiratory droplets and saliva stays on the bombilla.

In Punta del Este, Maldonado, a car with loudspeakers passes through the streets requesting that Uruguayans stop sharing mate to avoid contracting the virus. Congressman Echeverria is urging his constituents to temporarily cease mateando. “Due to the great ease in which the virus passes from one person to another, not sharing mate is essential to prevent the virus from spreading,” he says. “To avoid the spread of this pandemic, not sharing the mate and staying at home are fundamental elements to win the battle that we’re fighting against this invisible enemy.” 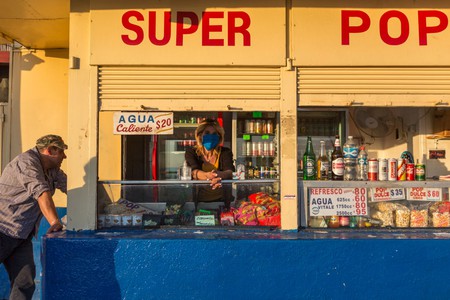 In Uruguay, people have been asked to stop sharing mate during the Covid-19 pandemic | | © Ernesto Ryan/Getty Images

As people are heeding government recommendations to socially distance, the opportunity to share mate with others is dwindling. To ease his yearning for mateando, Congressman Echeverria has been sharing mate over video calls with colleagues. “I can feel that sense of community. Uruguayans are capable of adapting and not losing our traditions,” he says. Uruguayans have come up with a term for drinking mate in quarantine, un mate egoista. Its means “selfish mate”, because you’re not sharing it with anyone.

César López Latorre has stopped sharing mate in Maldonado. “Some traces of saliva could stay and potentially be hazardous. I could be infected without knowing and by sharing my mate I might infect another person,” he says. “Before this, it was normal for me to go out to the sidewalk when I saw one of my neighbours to share a mate. Now I greet my neighbours standing from the door of my house and neither invites the other to drink mate.”

In the capital city of Montevideo, people are taking precautions. Covid-19 has changed Juan José Chabkinian’s mateando habits. He’s strict about washing his mate and bombilla with boiling water before and after using it and won’t share his mate with anyone. “It doesn’t make sense to share mate now because anyone could be carrying the virus and not present symptoms,” he says.

“I don’t know what I’d do if I couldn’t drink mate daily,” says Matias Rodriguez who is missing mateando in Montevideo. “It’s a means for social bonding. Sharing a mate is involving everyone in a circle of trust and dialogue while they enjoy taking a walk or enjoying the sunset.” He’s spending quarantine at his parents’ house and each family member is preparing his or her own mate, which is unusual. Rodriguez is now sharing mate with his loved ones virtually on video calls throughout the day. 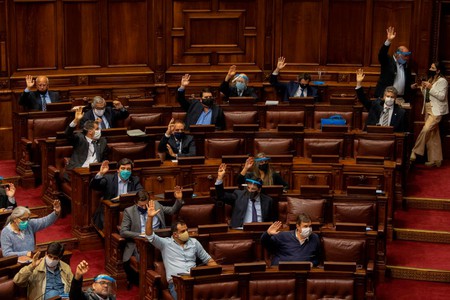 In Argentina, there’s a saying that drinking mate alone is as boring as dancing with your sister. Jei Artigas Ulloa is a holistic healer in northern Patagonia and feels that Argentines should stop sharing mate to prevent further spread of the virus. “When my mother comes to visit, we each have our own mate. Mate is an excuse to get together to talk and share. The mate itself doesn’t matter too much,” she says.

Argentine actress Adolfina García Zavalía is so accustomed to sharing mate she didn’t realise the habit could be hazardous until she started to feel unwell. “We share mate with everyone all the time, we don’t care who the person is. We never ask if someone is sick, we just share. It’s the responsibility of the person who doesn’t feel well to tell us before drinking mate if they’re sick. We kept sharing a bombilla before the quarantine. But it’s logical to stop sharing anything we use for drinking.”

Some Argentines are struggling without mateando. In Buenos Aires, Ines Diaz de Vivar continues to share mate with her husband and children. “I never ask if the person I’m sharing mate with is healthy. If I had the opportunity to share one right now, I’d never ask such a thing, even if there is a deadly virus out there,” she says. Diaz de Vivar is following social distancing recommendations and has been socialising virtually. “I video call my friends and we drink mate at the same time, so it’s like being together, the mate connects us,” she says.

Only time will tell if Covid-19 will forever alter the culture of sharing mate once the pandemic is under control. “The pandemic has made me think about the sanitary implications of sharing mate. But, I don’t think our people are going to give it up forever; it’s such a strong tradition. Mate is a symbol of unity and community,” says López Latorre. For now, it’s better to be safe than sorry and keep your bombilla to yourself.