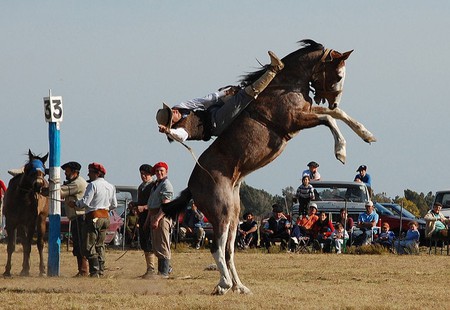 This is the biggest and most important traditional folklore festival in the region, celebrated in Tacuarembó, Uruguay. Thousands of Uruguayans, Argentinians, and Brazilians of all ages flock in March every year to the big lake, Laguna de las Lavanderas, to embrace in their shared heritage, culture, and history for five days. 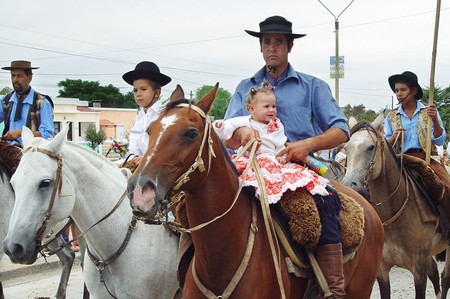 Bringing together gauchos of all ages | © Vince Alongi / Flickr

This massive celebration started in 1986, with the aim of commemorating the figure of the gaucho, which is now a regional hero and a symbol for bravery, freedom, and generosity. Gauchos were outlaw nomadic skilled horsemen, adept in cattle work, who lived in the countryside of Uruguay, Argentina, and the south of Brazil. The figure of the gaucho is prominent in folklore, legends, and literature.

Held annually in early March, the festival brings together rural societies from all over the country, and popular figures from the region, to perform different cultural shows and performances. It is a festival to honor the ancestors, family, and tradition. 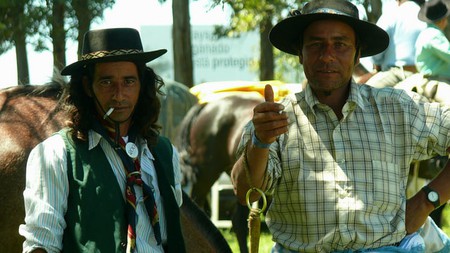 Art and performance make up half of the festival’s activities. The big stage hosts national and international musicians, who compete to play in the renowned fiesta. There are also theater shows, comedy shows, poetry readings, traditional dancers, payadores criollos, and much more. The payada is a very old form of artistic expression characteristic of Uruguay, and consists of people playing the guitar as they recite verses in a sort of word duel. The payadores are extremely talented and come up with the most entertaining refutals and storylines, all while maintaining the rhythm and rhymes.

Naturally a very big part of the festivities lies on the prowess of the legendary gaucho. In that vein, people from all over the country compete in horse races, cattle looping, foal taming, horse riding shows, and even sheep shearing. These activities happen at different locations not far from the main stage.

Uruguayans of all ages, from children to adults, representing selected rural societies from all over the country, compete against each other in varied trials. A very significant and symbolic moment is the parade of the horse riders, and the cut of a leather tie or rope that signifies the official commencement of the festival.

During the five-day festival, there are many other activities happening at all times, so usually people make their own itinerary to make sure they don’t miss out on their favorite spectacles. Just to name a few, there are public dances, to which everyone is invited to join in, theatrical and historical representations, a lot of guitar playing, gastronomic competitions, and some religious celebrations like Criolla Mass, which combines elements of Catholic Mass with traditional folklore instruments. There is also a selected spot with activities for children, and a night club area for young people.

A big part of the fiesta is the accurate recreation of the past. The rural societies compete to build the most precise buildings and elements to depict the times of the gaucho. They reconstruct camping sites, fences, rural schools and houses, churches and a big bonfire, all as original and unique as they were in their time. The bonfire aims to resemble the campsites where the gauchos slept, ate, and spent time together. It is made for people to actually set up camp there, which makes for a cozy celebration full of joy, laughter, shared food and mates, and guitar sounds under the starry nights. 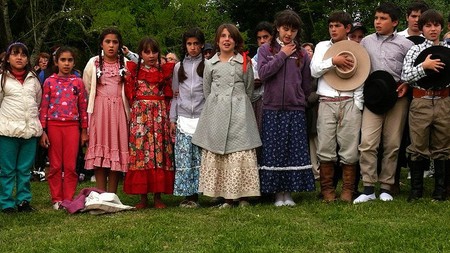 The gaucho parade is also an incredible part of the fiesta, as more than 4,000 horses and their riders parade on the streets of Tacuarembó. The whole city congregates and no one wants to miss a second of the action, as men, women and children all parade on top of horses or historic carriages, proud to be celebrating their identity.

There isn’t another equestrian activity in Uruguay hosting this many participants. Governing neighbors, legislators, ministers, ambassadors, and departmental authorities are all present to affirm their recognition and respect to this national hero. 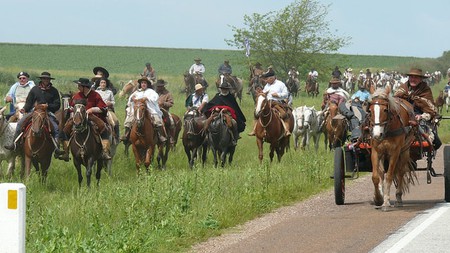