A History Lover’s Guide to Montevideo 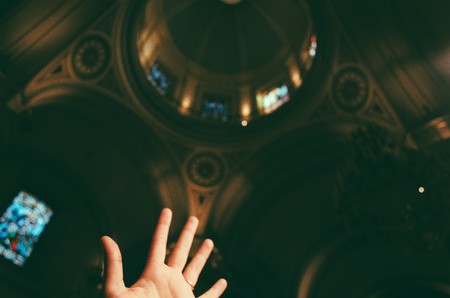 Born out of a territorial war between two of South America’s superpowers, Uruguay has a chequered history. Montevideo, the site of many of the country’s battles and triumphs, carries the scars and the stories behind them – from slavery to independence. Look up at the skyline and delve beneath the surface of this skeptical city to discover some of its historical gems.

In 1726, enraged by the Portuguese advance on the Uruguayan coast from the south, Buenos Aires governor Bruno Mauricio de Zabala founded Montevideo to fight them off. Initially a base for weary soldiers and a cluster of Spanish immigrants, the city swiftly transformed into a bustling trade port. After a brief spate under British colonial rule, Uruguay wrestled independence from Brazil and Argentina in 1828, cementing Montevideo as its capital.

Smaller and less stressed than Buenos Aires, today it’s a fiercely proud city that acknowledges its colonial heritage and mass immigration from Spain and Italy in its food, architecture and festivals. Pack a pair of sturdy shoes and prepare to bone up on the little-known history of the compact city with a huge personality.

Ciudad Vieja, literally “old city,” is the beating heart of historical Montevideo. Imposing ornate architecture and abandoned buildings lend it an eerie feel, especially on the weekends when the narrow streets are often deserted. It’s the place where the working port meets Montevideo’s gastronomic highlights, charming churches and an explosion of street art.

This pedestrianized thoroughfare harks back all the way to the 18th century, when sailors and harlots roamed the barrio. Lined with unusual boutiques, dreamy chocolate shops and beautiful doorways, wander Sarandí for the most photogenic spots in the city. Don’t miss Mercado de los Artesanos on adjoining street Perez Castellano for local crafts.

The brainchild of Spanish merchant Pedro Saenz de Zumarán, Mercado del Puerto was thrown up in 1868 to peddle the wares of Montevideo’s tradesmen. It catered to the wealthy families that took up residence in the surrounding mansions. Stop by for a bite to eat at one of the many parrillas and watch the famous clock at the heart of the market strike the hour.

Day 180, Mercado del Puerto, Montevideo, Uruguay: Spectacular! Really impressed with this special market hall which reminded me a little bit of La Boqueria in Barcelona. This one though is even more unique with its red color and wooden roof, even having a clocktower and a small restaurant terrace in the center of the Mercado. The main focus of this market is tourism these days and they mostly sell meat in many 'Parilla' steak restaurants. Even though I'm vegetarian, it's very interesting to check out this place. #mercado #mercadodelpuerto #laboqueriabarcelona #madera #woodenroof #roof #rojo #muchagente #clocktower #redredwine #entrance #spectacular #parilla #montevideo #uruguay

Uruguay finally triumphed in its struggle for independence in 1828, with a little help from the British. Its much-revered constitution was signed on the dotted line on July 18, 1830. From there on in, Montevideo was flooded with immigrants from all over Europe, culminating in the melting pot of cultures Uruguay is known for today.

The Uruguayan constitution came into being at this very spot in 1830, when the building still stood as the city hall. El Cabildo’s neoclassical style is emblematic of Spanish rule in Montevideo and stands as a reminder of the city’s ties to its “motherland.” History buffs shouldn’t miss the museum and historical archives, packed with local paintings and letters depicting the city’s colorful history, along with tales of Montevideo’s clashes with bigger and bolder neighbor Buenos Aires.

This quintessentially colonial townhouse was the home of the well-to-do Lavelleja family for the better part of half a century. General Juan Antonio Lavalleja was one of Uruguay’s founding fathers, a contemporary of Artigas and a fierce fighter for the freedom of his country. His former home now is the keeper of key manuscripts and newspaper clippings detailing daily life in the rocky early 19th century.

The halls of power

Montevideo’s palacios are grand reminders of the architectural innovation lavished on the city after the declaration of independence. Head out on a walking tour to catch the big three.

Designed by Italian immigrant Mario Palanti, Palacio Salvo is perhaps the most iconic historic building in Montevideo. Originally destined to be a hotel, it ended up housing a mix of offices and swanky apartments. Boldly of the Eclecticism style, it’s the perfect subject of an Instagram-worthy snap.

Influenced by both Doric and colonial architectural styles, Palacio Estévez served as the workplace of Uruguayan presidents from the late 1800s until the premiership of Tabaré Vázquez. Since the president’s office was moved to next-door Torre Ejecutiva, the Palacio has been a museum exhibiting mementos of presidencies past.

Palacio Estévez completed in 1874 is a building situated in Plaza Independencia, Montevideo, Uruguay. It has served as the working place of the President of Uruguay. Now its converted to a museum, housing artifacts of the Uruguayan presidency. #palacioestevez #plazaindependencia. #montevideo #uruguay #president #museum #goodtimes #southamerica

This breathtaking building was declared a national historical monument in 1975. It’s constructed entirely from Uruguayan marble and is the meeting place of parliament to this day. Guided tours reveal the Hall of Lost Steps, in which some of the country’s most seminal moments have taken place.

In 1836, the free city of Montevideo set about destroying the vestiges of colonial rule, smashing down the fortifications and walls of Ciudad Vieja that stood in the way of progress. What sprung up in their place were the plazas that are today some of Montevideo’s most popular people-watching spots.

Flanked by the majestic Teatro Solís and the Gateway to the Citadel, Plaza Independencia marks the boundary between Montevideo’s colonial past and its hopeful future. Descend the steps into the haunting mausoleum beneath the square to pay your respects to General José Artigas, “the father of Uruguay,” who fought endlessly for the country’s independence on behalf of the people.

Set back from Avenida 18 de Julio, Plaza Fabini – also known locally as Plaza del Entrevero – is a tribute to the heroes who founded the nation. The focal point is El Entrevero – a spectacular fountain designed by sculptor José Belloni, depicting the rousing battles of Uruguay’s first gauchos. Drop into the Centro de Exposiciones Subte on the edge of the square for an impressive collection of contemporary visual arts.