10 Places to Go Before You Have Kids 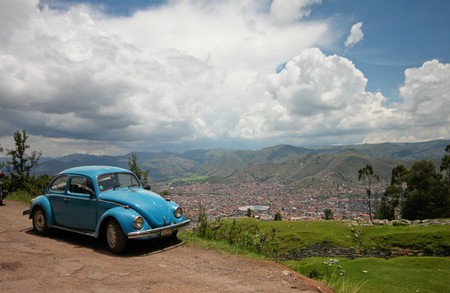 From stumbling through a whisky trail in Scotland to camping out under the stars in Zambia, some once-in-a-lifetime experiences are designed for adults alone. Here are Culture Trip’s top 10 places to go before you have kids.

Hawaii’s Stairway to Heaven wouldn’t be quite as magical with a pushchair to lug up there and everyone knows 24-hour flights are doomed to disaster if a screeching baby’s on board. If kids are looming on the horizon, it’s time to set those feet loose. From booze-bolstered getaways to treacherous treks through the jungle, strike out on an unforgettable adventure before your biological clock starts ticking.

Paris has long been held dear as the City of Love, but when it comes to romance it’s just nudged off the top spot by Italy’s most enchanting metropolis: Venice. Perched on a network of ancient canals, there’s nothing more quintessentially Venetian than a gondola ride through the narrow straits, serenaded as you go.

The perfect date? Shop for fine cheeses, soft-shell crabs and exotic spices at Rialto Market, before seeking out Gallerie dell’Accademia to gaze upon some of the world’s greatest masterpieces. As the day closes in, watch the sun set from Giardini La Biennale di Venezia with a glass of sparkling prosecco. 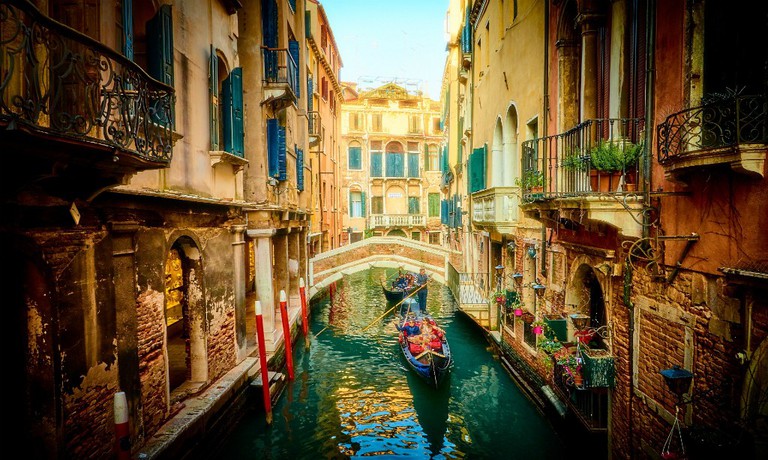 The outdoors doesn’t get much greater than in New Zealand’s South Island. Wild and soul-achingly beautiful, it’s a place defined by dramatic mountain ranges, quirky cities and legendary Māori tradition.

Thrill-seekers will find a smörgåsbord of heart-wrenching activities in Queenstown, including skydiving and bungy jumping. For kayaking between blue-tinged glaciers, head to Fiordland. If dry land sounds more appealing, challenge yourself to hike one of the island’s Great Walks – the Heaphy Track runs through dense forests, scales haunting mountains and meanders along the palm-fringed coast for 48 magical miles. 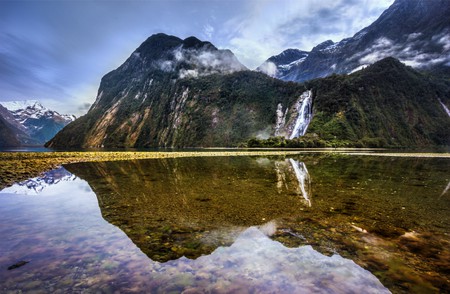 Compact, diverse and largely untrampled, Uruguay on South America’s southeastern coast lies in wait of discovery by most travellers. From the cobblestoned streets of Colonia del Sacramento to the chic beaches of José Ignacio, it has made a name for itself as the go-to destination for in-the-know Argentinians and Brazilians.

When it comes to vino, Uruguay holds its own against the continent’s great winemaking regions with its velvety tannat. Many of the country’s finest wineries are clustered around the picturesque town of Carmelo – head to Narbona Lodge for a selection of the nation’s favourite grapes. On the other side of the country, step back in time with a stay on an old gaucho estancia or in the electricity-free village of Cabo Polonio, where whale spotting is the order of the day.

There are few places on earth more tranquil than the sanctuaries of Angkor outside Siem Reap in northwest Cambodia. The city itself, known as the gateway to the temples, is a thriving hotbed of distinguished eateries, stylish hostels and mind-bending rice wine, sraa.

For the most zen yoga experience of your life, head to the 12th century temples of Angor Wat as the sun rises. Venture further to the lesser-known Phnom Bok temple to miss the crowds. After climbing the 635 steps, the panoramic view of Phnom Kulen mountain range and Tonlé Sap freshwater lake are nothing short of a blessing. 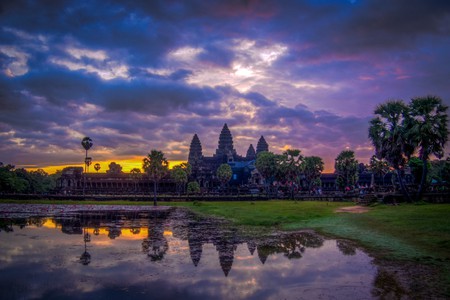 Plucked straight out of an ancient fairy tale, the Scottish Highlands are a mystery even to locals. From ragged castles to murky lochs and plunging valleys, the landscape is awash with legend.

Muggles should make a beeline for Glen Coe and the West Highland Line for a glimpse of some of the Harry Potter movies’ most iconic backdrops. Think of yourself as a bit of a malt aficionado? Spend a few days in Speyside – home to more than half of all Scotland’s distilleries. For one splendid long weekend in April, the Spirit of Speyside Whisky Festival plays host to tastings, tours and thigh-slappingly jolly outdoor pursuits. 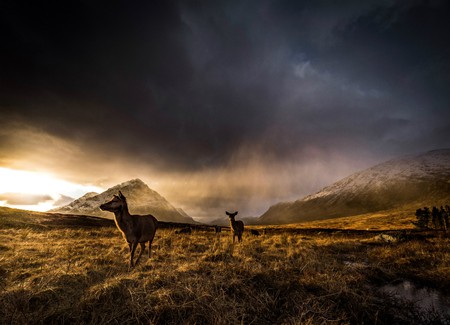 Africa’s southeastern nations vie for the title of best safari destination. Taking the top spot is the sweltering Luangwa Valley in the heart of Zambia, an unspoilt wilderness, home to big game and some endangered sub-species. It’s one of the most wildlife-dense regions on the whole continent.

For an up close and personal encounter with majestic creatures like lions and leopards, splash out on a Norman Carr Walking Safari – named the best safari experience in Africa by the Safari Awards in 2015. The South Luangwa National Park is a haven for giraffes, buffalo, elephants and hippos too, fed by the life-giving Luangwa River as it rages through the gaping valley. 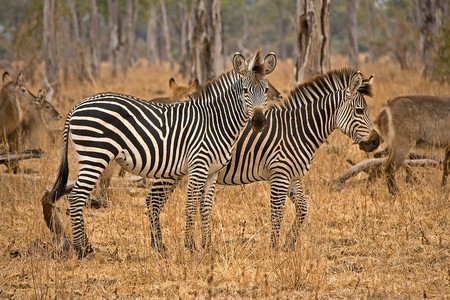 The launching pad for an adventurer’s journey to the sacred heart of Machu Picchu, Cusco fuses the mystery of Andean culture with the brashness of Spanish colonialism. Imperial, authentic and mesmerising, it’s a city on the cusp of the clouds.

The classic Inca Trail trek to Machu Picchu from Cusco takes four days and a lot of willpower. Not for the fainthearted, it climbs through the Sacred Valley to ever higher altitudes. At the summit, you’ll be rewarded by the breathtaking view of the magnificent citadel. In the city of Cusco itself, look to La Catedral and Qorikancha to see its two divulging heritages live on. 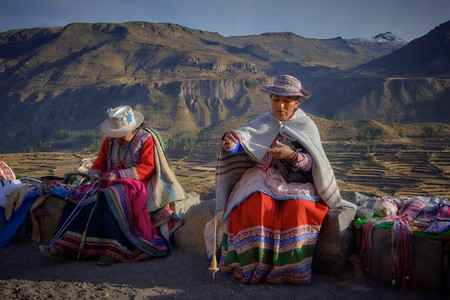 A nation unto itself, Alaska is all about wildlife, solitude and rolling tundra. Fishing, whale watching and bear spotting abound in this frozen world. For survivalists, it’s the ultimate rite of passage.

To take in as much scenery as you can in one go, hop aboard the White Pass railway route that runs between Whitehorse in Yukon, Canada and Skagway in Alaska. When in Juneau, join a boat tour to spot whales in the icy waves and look up the Alaskan Brewing Co for what could be called the best craft beer in the country. Stick around Kodiak in spring for the annual Crab Festival, serving up the biggest crustacean legs you’ll ever feast your eyes on. 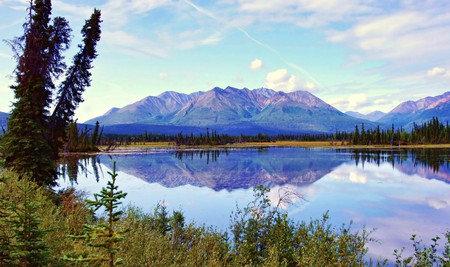 A somewhat misunderstood reputation as a party island doesn’t stop Phuket from being Thailand’s most beloved backpacking destination. Otherworldly limestone karsts rise ominously out of the crystal waters, while Patong bedazzles with its neon bars and all-night stalls.

Put together the perfect weekend in Phuket. Start in laid-back Koh Lanta for miles of secluded beaches, fried chicken and snorkelling. Next, go kayaking between the free-standing cliffs of Phang Nga Bay and pay your respects at the feet of Big Buddha. Insider tip? Don’t miss the sunset from Kata Beach. 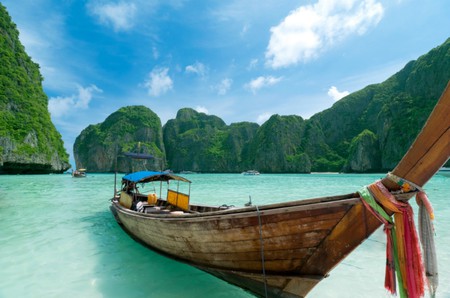 Granada is the obvious first stop, with its colourful houses, fantastical churches and cobblestone lanes. When the city has revealed all its gems, coffee lovers should wake up in the Matagalpa Pacsila region, famed for its coffee plantations, meandering river and welcoming indigenous population. For a different kind of kick, try diving in the Corn Islands’ underwater caves or surfing in the warm waters of San Juan del Sur. 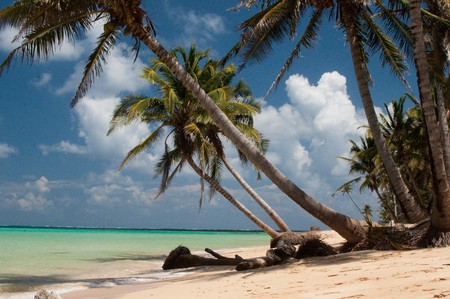