Where to Find Incredible Native Animals in Peru 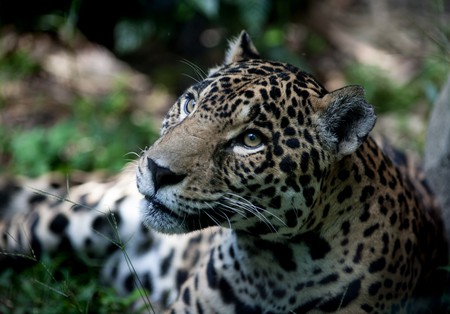 To many, Peru conjures up images of poncho-wearing natives and the stunning high-altitude ruins of the formidable Inca empire. Yet this wild nation is brimming with pristine nature reserves, home to hundreds of fascinating species of fauna throughout its various climatic zones. From the Pacific coast to the Andes and the Amazon, here is where to find some of the most awe-inspiring native Peruvian wildlife.

As one of the largest flying birds on earth, the enormous Andean Condor is a symbol of the region and has played a central role in Andean mythology for millennia. With a wingspan of up to 10 feet (three meters), it’s no surprise these impressive flying beasts are the most photographed bird in the country.

Where to go: Colca canyon is the best spot, with the mammoth birds flying within feet of onlookers as they seek out warm updrafts to soar high into the sky. Trekkers exploring the epic Huascarán National Park are likely to catch a glimpse too. 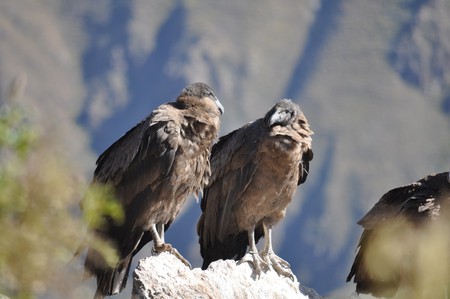 The comparatively minuscule Andean Cock-of-the-Rock puts on one hell of a show during mating season when it puffs out its bright orange feathers in hope of finding a lover, a spectacle cherished by bird-watchers and everyday tourists alike.

Where to go: The Andean cloud forests of the Manu Biosphere Reserve is the best place to spot this little guy. With a bit of luck, however, trekkers on the Inca Trail might also stumble upon this colorful creature. 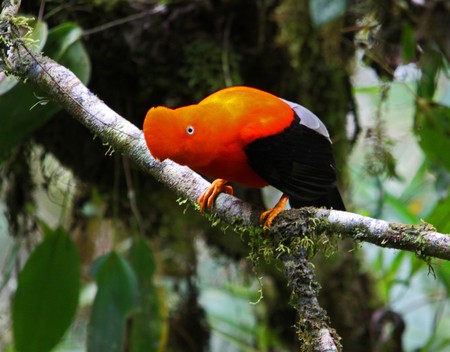 Andean Cock of the rock | © vil.sandi/Flickr

This brightly colored parrot is synonymous with the Amazon rain forest, famous for its stunning fluorescent rainbow colored shades.

Where to go: Mawcaws live throughout the Amazon, but the most surefire way to spot them are at clay licks where they come to ingest mineral rich deposits. Tambopata National Reserve is the best bet with at least six species congregating around its licks. 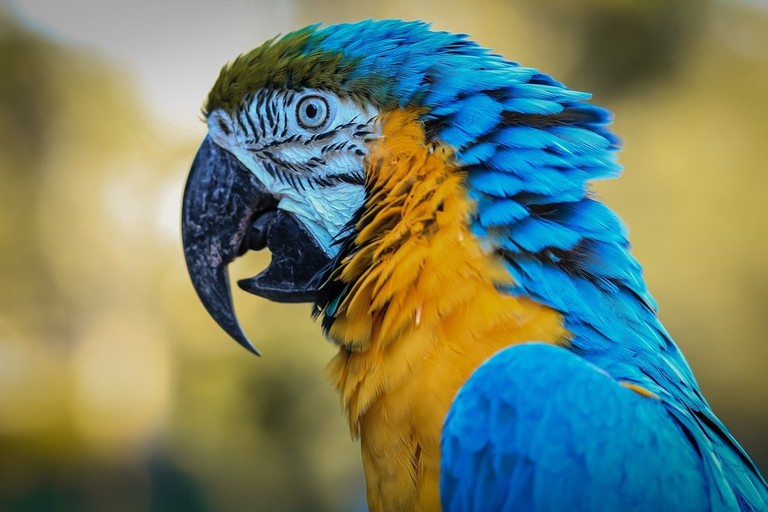 Everyone’s favorite non-flying feathered friend, the Humboldt Penguin is a rarity outside Antarctica. Travelers in Peru are in luck, however, as a colony of the cute little critters have decided to settle in.

Where to go: The Ballestas Islands just south of Lima are the only place to spot the Humboldt Penguin in Peru. Expect to see plenty of pelicans and sea lions as well. 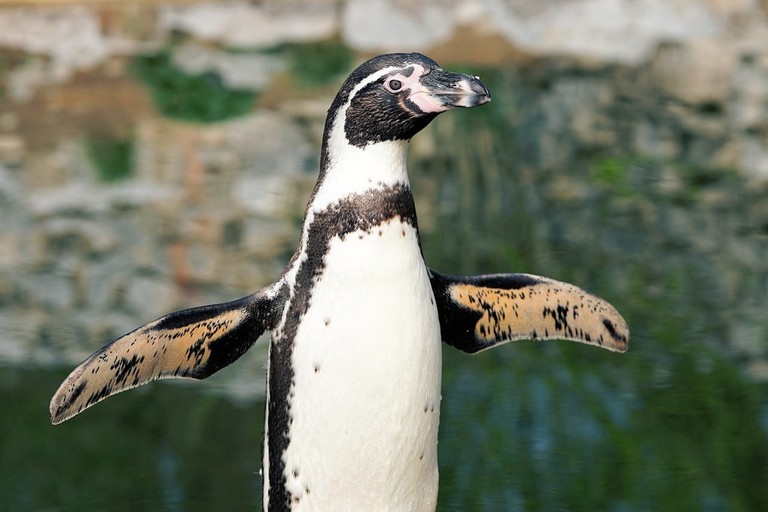 Big cats are often hard to spot and the elusive Puma is no exception. Crucial to Andean folklore, the city of Cusco is said to have originally been built in its shape.

Where to go: A smattering still roam the Andean highlands, although nature reserves such as Tambopata provide the best chance of seeing one in the wild. Always on the move, the Puma has even been spotted as far south as Patagonia. 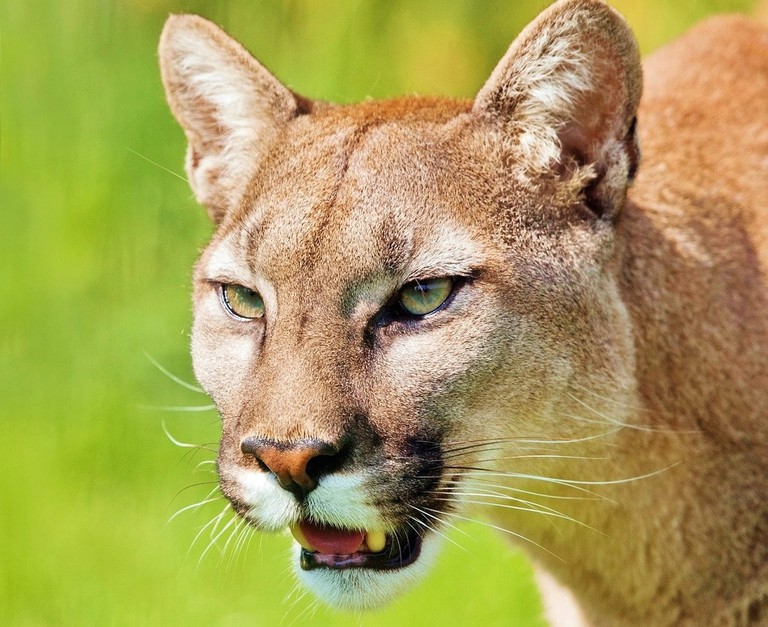 Even more camera-shy than the Puma, the endangered Jaguar avoids humans at all costs which makes it incredibly difficult to spot. On the plus side, such elusiveness ensures sightings are infinitely more exciting.

Where to go: The Manu Biosphere Reserve provides the best opportunity in Peru. Just don’t get your hopes up. 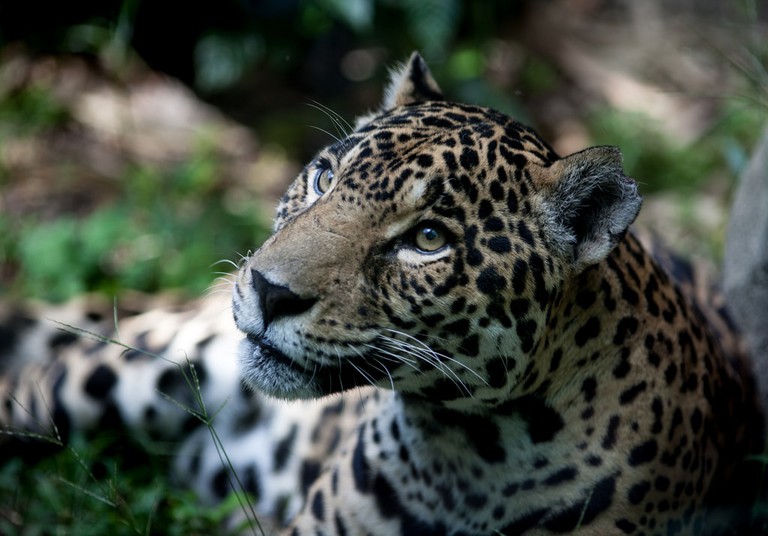 This adorable little river dweller is the star of any Amazon river trip as it playfully tempts tourists to join it for a swim. Fun fact: The Amazon River Dolphin has capillaries on the surface of its skin which cause a distinct pink hue when it gets excited, similar to us humans when we blush.

Where to go: Tours running out of Iquitos are the best bet for spotting the dolphins, who are so ubiquitous to the area a sighting is almost guaranteed. 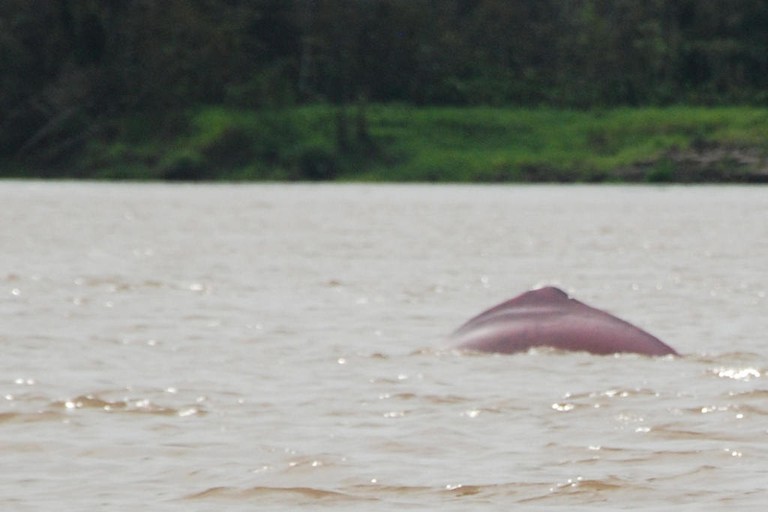 At first glance, this mangy creature could be mistaken for a neglected stray. In reality, it’s a remarkable species of dog that has adapted to survive in harsh desert climates and has been revered by the Inca for thousands of years. Although perhaps not as cute as other animals on this list, the Peruvian Hairless Dog is part of the country’s cultural heritage and is entirely unique to Peru.

Where to go: These unique animals can be found wondering around ancient sites on the Pacific coast such as Chan Chan. 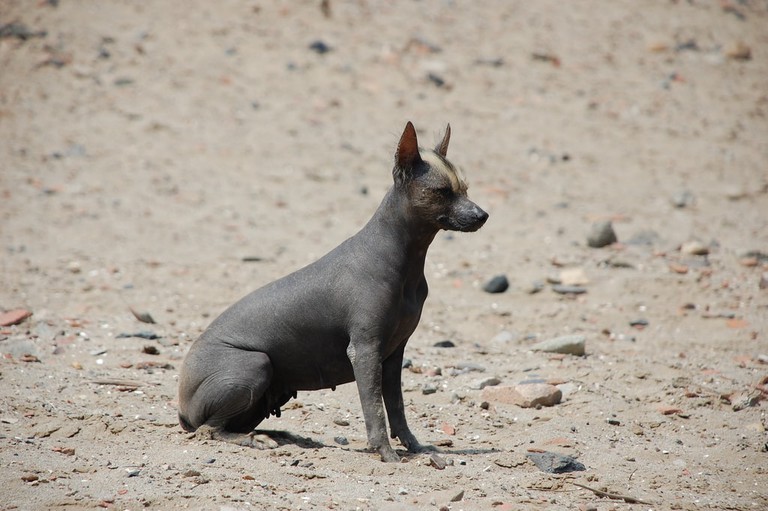 Commonly found throughout the swamps and rivers of the Amazon, these mean looking creatures spend their days basking in the sun and their nights hunting for food. If not poached by humans, they can survive up to 40 years in the wild.

Where to go: The Tambopata National Reserve is great for spotting caiman, best done at night when their eyes reflect torchlight like thousands of twinkling stars. 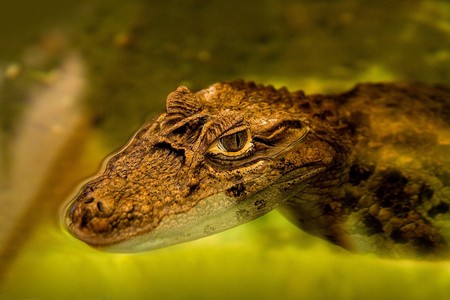 Any self-respecting jungle boat tour will include piranha fishing as part of the itinerary, the result of which is cooked up and served for dinner with lemon and rice

Where to go: Piranha fishing is particularly popular on riverboat tours leaving from Iquitos. 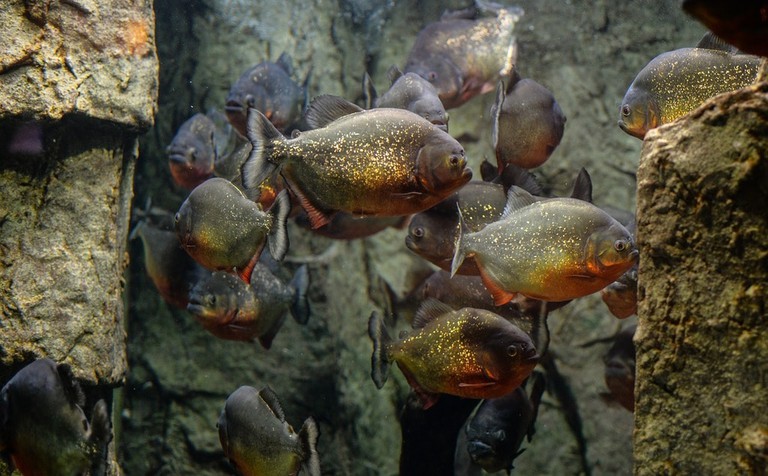 Of course, no list of Peruvian wildlife would be complete without these fluffy camelids. A favorite of many tourists for the cuteness factor, the animals are considered livestock by the locals for their tender meat and fluffy wool.

Where to go: It would be nigh on impossible to visit to Andes without running into these guys. 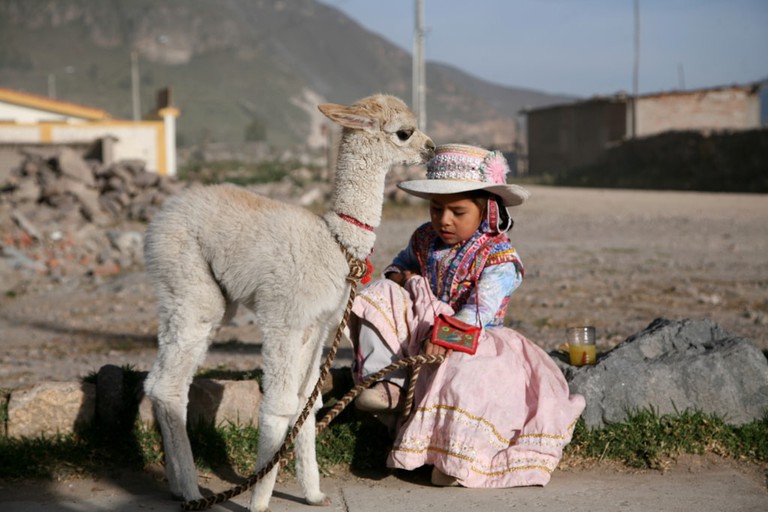 Planning on visiting neighboring Bolivia? There are plenty of amazing animals to admire there too.