Forget about the mountains around Cusco, because Peru’s Cordillera Blanca is where the real alpine adventurers go to get their high altitude kicks. And of the numerous spectacular hiking trails spread throughout the region, none are as magnificent as the picturesque Santa Cruz trek. Here’s everything you need to know about this incredible adventure.

Peak hiking season runs between May and September when the skies are clear and there is little chance of rain. It is possible to do the trek outside these months, although the closer to January you get the worse the weather will be. 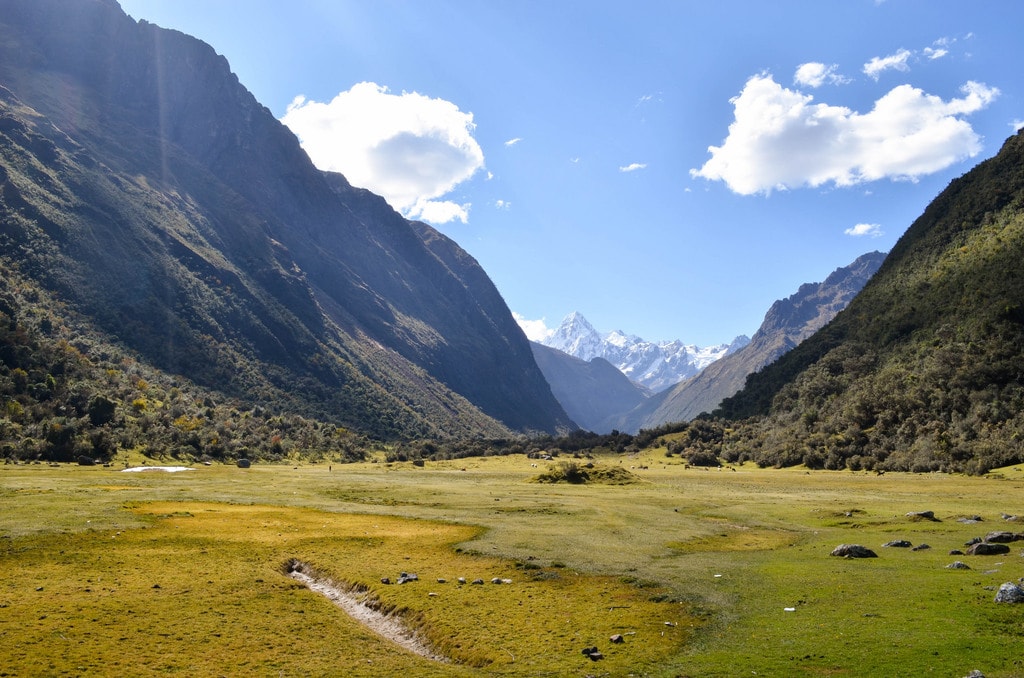 To tour or go it alone?

Although it is entirely possible to do the Santa Cruz trek alone, most travelers opt to go with a tour for the comfort and convenience it affords. For example, tour groups contract donkeys and arrieros (donkey herders) to carry all the heavy gear, while the guides are in charge of cooking and setting up the tents each day. This extra assistance is a godsend for hikers who might struggle with a four-day trip through tough mountainous terrain.

Best of all, local travel agencies pool clients together which keeps costs low, meaning a tour doesn’t cost much more than going it alone anyway. 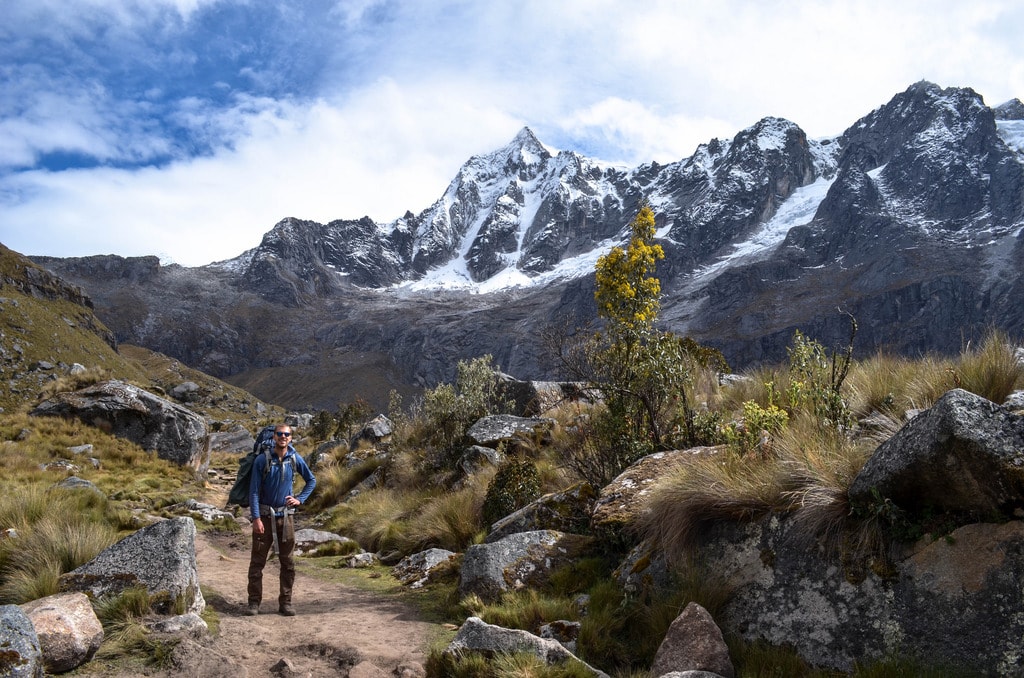 Those traveling on a tour have all their main meals taken care of so they needn’t bring anything more than some high energy snacks. Travelers going it alone will need to lug all their food and cooking gear with them, which can be bought or rented from any supermarket or travel agent in Huaraz.

Numerous mountain streams can be used to stock up on water along the way. However, due to the presence of livestock in the region, it’s imperative to add water purification tablets at least 30 minutes before consumption. These can be picked up in any drug store in Huaraz. 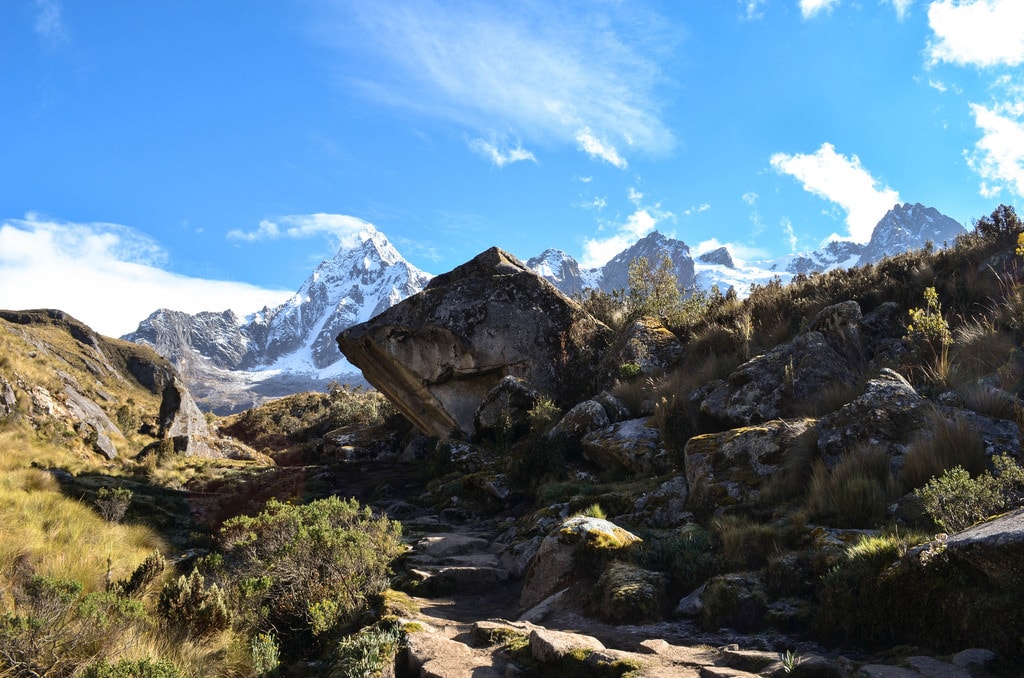 Do I need to acclimatize?

Absolutely. Much of the trek is at high altitude so being properly acclimatized is essential. Those who fail to do so could find themselves incredibly sick in the middle of nowhere. Spend at least three days at altitude before attempting the trek, preferably doing one of the many fine acclimatization hikes around Huaraz. 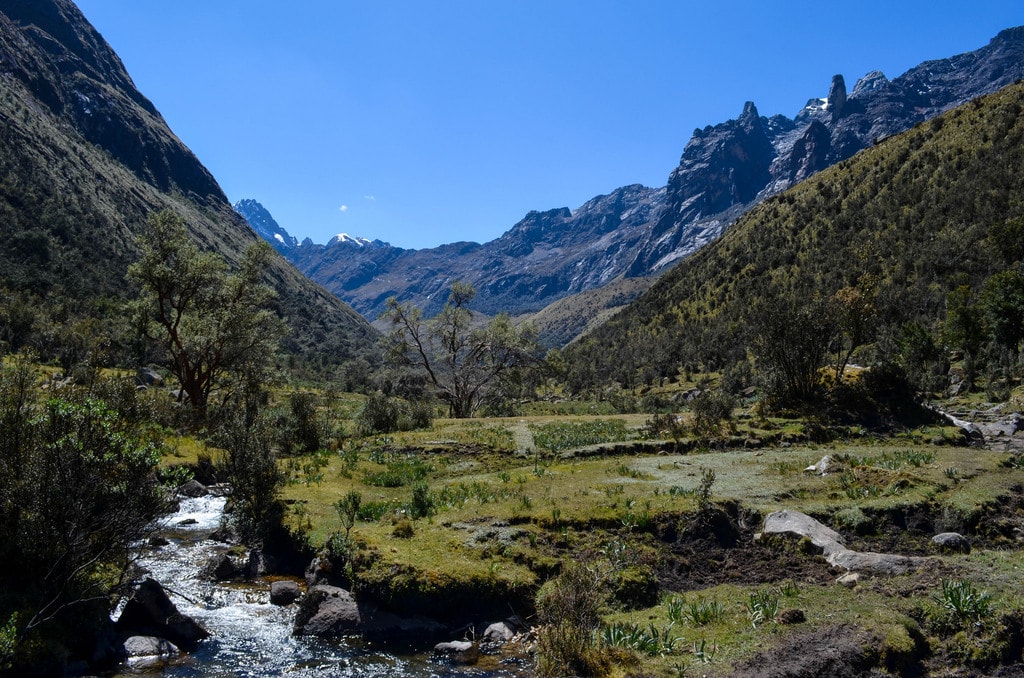 The trek is best described as moderate, perhaps moderately difficult for solo hikers carrying all their own gear. Most of the route is relatively flat, passing through lush valleys flanked by ominous snowcapped mountain peaks on either side. There is one steep uphill section to a spot called Punta Union, the highest point of the hike at 4,750 meters.

Having said all that, the trek can be enjoyed by anyone who is properly acclimatized and reasonably fit. 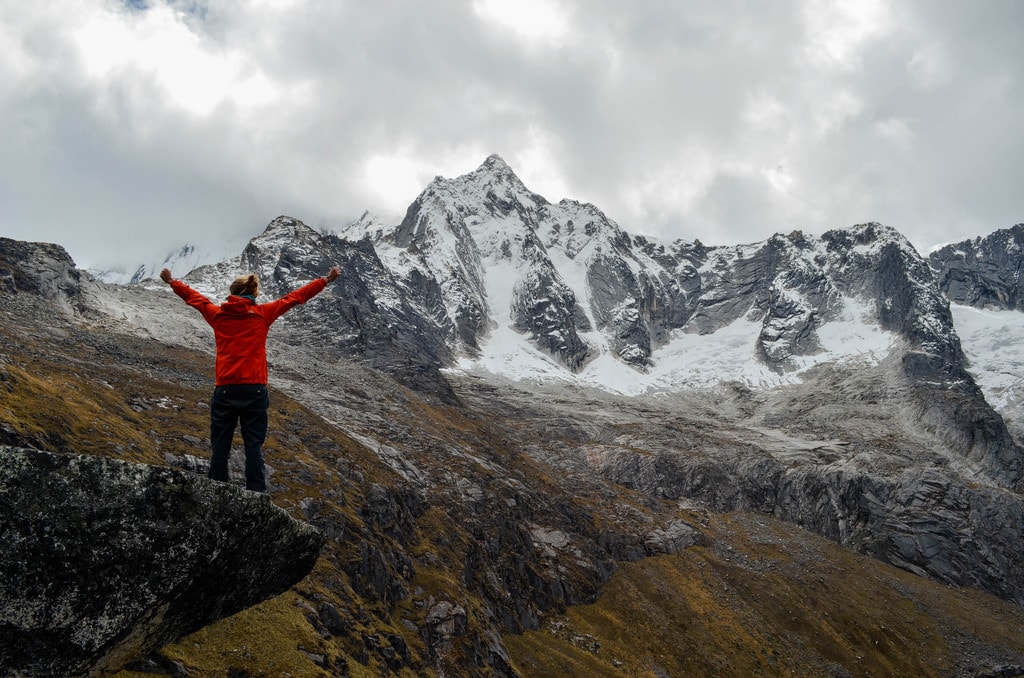 Some tips for the solo traveler

Camping gear can be rented in any Huaraz travel agency, while food can be picked up from local markets and supermarkets. As always when trekking, travel as lightly as possible.

On the first day, leave Huaraz around 6 a.m. from the Terminal Terrestre en route to Caraz.

From Caraz, go to the Terminal Terrestre and take the next bus to the small village of Cashapampa which is the start of the trail.

From here, the entire trek is fairly well marked although it does pay to have a map just in case. Set up camp in Llamacorral on the first night, Tuallipampa on the second and Paria on the third. On the last day, the trek finishes in a village called Vaqueria where travelers will find onward transportation to Huaraz as well as cold beer and snacks. 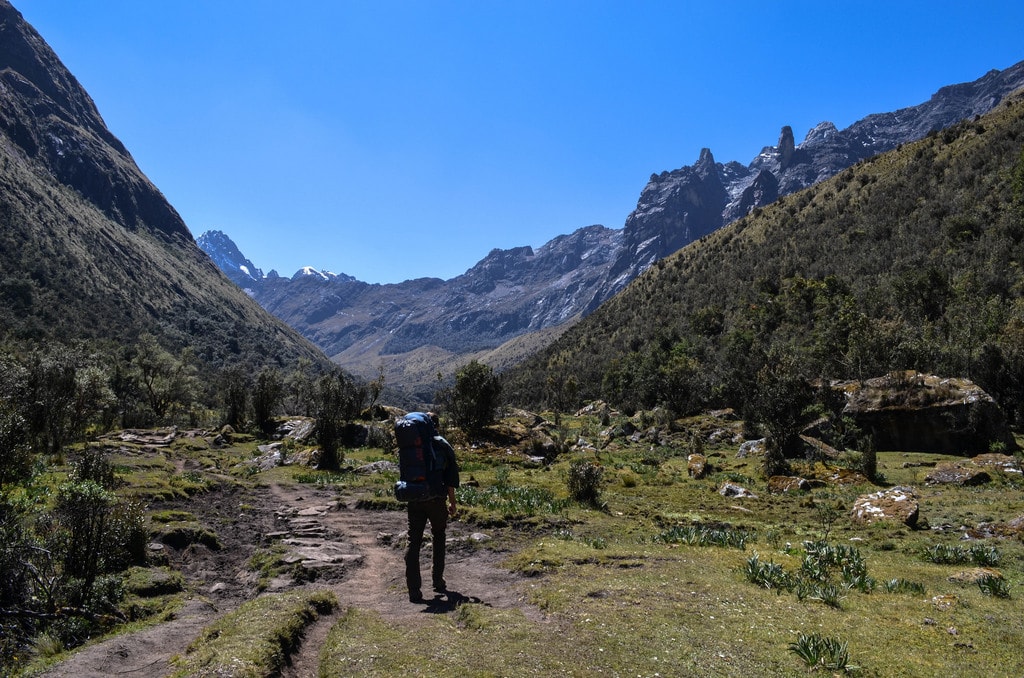