The Essential Guide to Machu Picchu

Every year, people from all over the world travel to Cusco, Peru, to see one of the New Seven Wonders of the World. Here are a few things you should know, to get the most from your visit to the most popular landmark in the world.

A brief history of Machu Picchu

This sacred religious site rests on top of the Machu Picchu mountain. It is believed to have been the seasonal retreat for the Inca ruler and his family. Built by the ninth Inca ruler Pachacuti Inca Yupanqui around 1450 AD, it was abandoned a century later following Spanish colonization. Nearly 1,000 people lived there and the city was divided into rural and urban zones. The granite stones (some weighing 150 tons) were taken from the Urubamba river banks 30 km from the site. It’s still a mystery how the city was built. One thing is certain: the Spanish conquerors never found it. 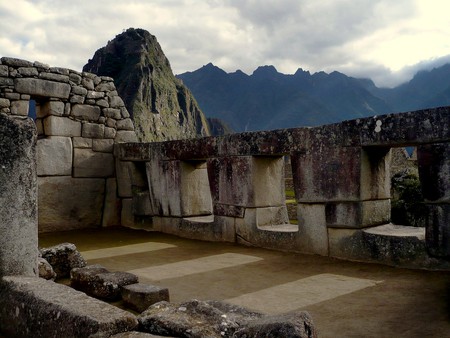 The Temple of the Three Windows. A legend says each window represents the three tribes that gave origin to the Inca people | ©Gustavo M/Flickr

Although the Inca royalty were believed to have spoken Pukina, an extinct language, the main language spoken by the Inca people was Quechua also known as runa simi, meaning ‘people’s language’. Machu Picchu means ‘old mountain’ in Quechua.

Machu Picchu was not ‘discovered’ by Bingham

When Yale University professor and archaeologist Hiram Bingham arrived for the first time at Machu Picchu in 1911, he thought he had found Vilcabamba, the ultimate lost city of the Incas. But the truth is that, at the time of Bingham’s arrival, there were families already living in Machu Picchu. In fact, nine years earlier, a farmer who was looking for new land stumbled across the ruins, then painted his signature on one of the rocks and eventually purchased the land for agricultural purposes. Bingham is credited for exposing the ruins to the scientific world. 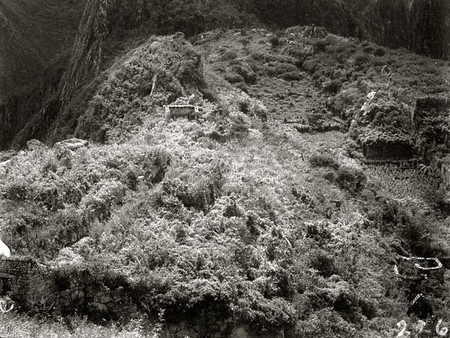 Tickets and when to visit

To protect this World Heritage Site, UNESCO has set a limit of 2,500 visitors per day. You should buy your ticket online or through authorized vendors in Cusco ahead of time. Machu Picchu opens from 6am to 4pm. To avoid huge crowds, we recommend you spend a night in Aguascalientes and get on the first bus up the mountain. Look out for important Inca festival dates that draw huge crowds, such as the Inti Raymi or Sun Festival that takes place on Winter Solstice Day (June 22), and avoid rainy months like January and February.

The easiest way to get to Machu Picchu is by train. You can travel with Inca Rail or Peru Rail. It’s recommended you book your train ride right after buying your tickets to Machu Picchu as trains fill up quick. There are alternative and cheaper ways of getting there. Buses and private taxis can take you from Cusco to Ollantaytambo (home to another astonishing archaeological site) for US$5 to 13. From Ollantaytambo, take a train to Aguascalientes, the town below Machu Picchu. If you’re up for the challenge, try doing the wonderful Inca Trail. 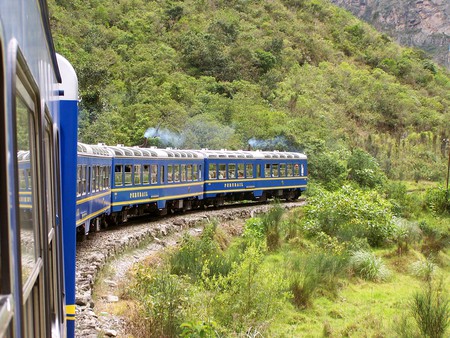 The train ride from Cusco to Aguascalientes takes close to 4 hours. | © Cathy Stanley-Erickson/Flickr

Machu Picchu is lower than Cusco

A rite of passage for almost all tourists who arrive in Cusco (11,152 feet above sea level) is to drink coca leaf tea. This local remedy helps combat high altitude sickness (nausea, headache and overall heaviness). A smart way to acclimatize your body is to travel to Machu Picchu first. Although it seems like the ruins are touching the sky, Machu Picchu is actually below Cusco, standing at 7,970 feet above sea level. At the same altitude as Quito. It is still recommended you take over-the-counter medicine (soroche pills).

Many visitors travel to the sacred city believing it is the source of special energies. One of the most popular spots in Machu Picchu to find this energy is the Intihuatana (Quechua for ‘the place where the sun is tied’) Rock, where you will see lots of visitors gathering, with their arms held out, trying to channel energy. Some claim to feel a cold sensation, followed by a tickling, which turns into heat. Before entering the Huayna Picchu mountain, there is another fenced off rock, which is thought to be sacred. This monolith started getting more attention after a bigger and more popular one was destroyed while being moved to improvise a heliport. 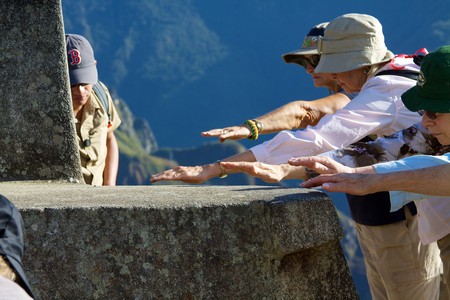 Tourists place their hands as close as possible to the Intihuata rock to channel energies. | © McKay Savage/Flickr

Find a group, then a tour guide

To get the most from your visit, it’s best to get yourself a tour guide as there are few signs around to inform you about the site. There are usually plenty waiting at the entrance. Top tip: find a group to share your guide, that way you can split the cost. 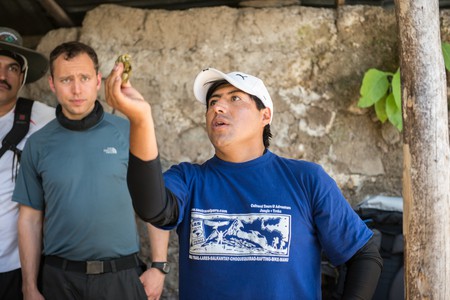