The Best Archaeological Treasures to Visit in Northern Peru 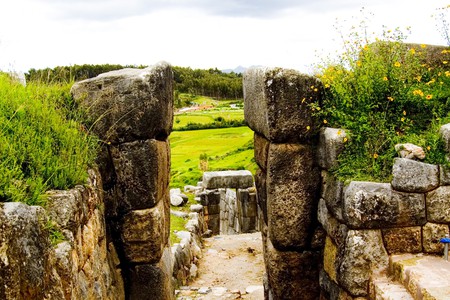 The south of Peru gets more attention and tourists than the north, though not because of a shortage of ruins. The north, just like the south, is covered with important historical sites and is also home to the largest pre-Incan city in the Americas, with cultures dating back thousands of years. If you love ruins and archaeological sites, then the north of Peru is for you. Here is our guide to best spots the north has to offer.

Located along Peru’s desert coastline, Chan Chan is the largest adobe city in the world and is only a short bus ride out of Trujillo or Huanchaco. This city was once the largest in all the Americas, boasting temples, water systems and highly-skilled fishermen. Built by the pre-Incan Chimú culture, it is believed the city was occupied by as many as 60,000 inhabitants. Today, you can walk the ruins of places dedicated to the Chimú’s holier-than-holy, demi-god kings. 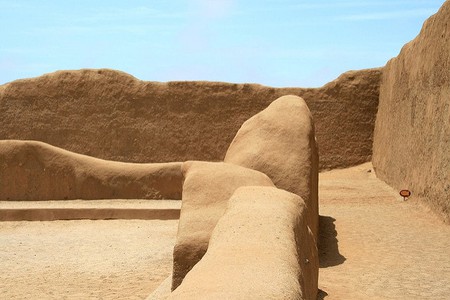 This ruin is also conveniently located right outside of Trujillo, making it a very easy and inexpensive place to reach. The main attractions of this ruin are its murals that remain in color and can be seen along the walls of this ancient temple.

These ruins have unfortunately been plundered on a couple of occasions, robbers disappearing with millions of dollars’ worth of ancient artifacts and gold. However, many artifacts remain on display at the impressive Lord Sipan’s museum, a short drive outside of the city Chiclayo. The museum, in a way, is a meta-museum, exploring how archaeologists discovered the burial ground of the Lord of Sipan. 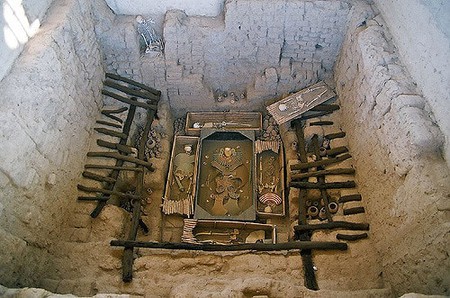 Carajía, often referred to as the “ancient wise men,” are mummies that were discovered buried into a cliffside near Chachapoyas, Peru. Because of its location, high above a river along the side of an unreachable cliffside, they have been protected from looters.

These ruins are located in a cloud forest, but are currently unable to be visited by tourists. The site was designated a UNESCO World Heritage Natural Site in 1990 and remains closed in hopes of preserving it before it becomes lost to history. The ruins consist of 26 circular stone structures atop terraces and stairways.

Located slightly further outside of Trujillo than other more visited ruins like Chan Chan, El Brujo is still worth seeing. El Brujo was built by the Moche sometime around 300 AD, making it a pre-Incan ruin. The site is well known for its colorful murals and the discovery of The Lady of Cao. She was found buried with such a richness of treasures that archaeologists believe she could have been one of the first ever female rulers. Before this discovery, it was widely believed that only Moche men held high ranking positions. 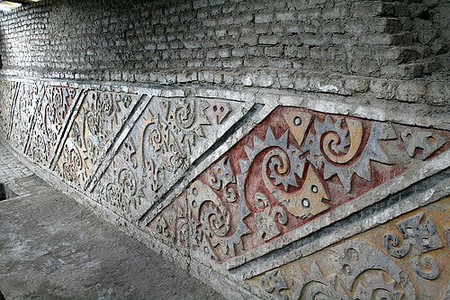 Cube Mayo, built around 1500 BC, is considered to be one of the oldest man-made structures in South America. Located outside of Cajamarca, the ruins sit at a staggering 3,500 meters above sea level.