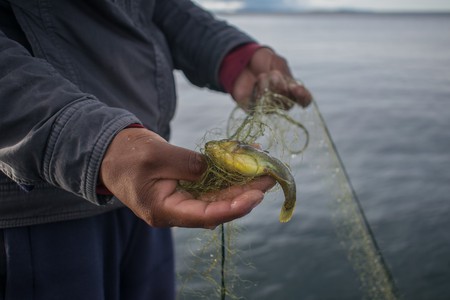 An indigenous tribe in Peru is facing dwindling nutritious fish consumption due to external forces beyond their control.

Lake Titicaca is both South America’s largest and the world’s highest navigable lake, with 198 cubic miles of freshwater at a staggering 12,500 feet (3,810 meters) above sea level. Due to its altitude, life on the lake can be challenging, yet the local population here have sustained themselves by consuming small fish – called karachi – for thousands of years. Due to the introduction of North American trout and serious overfishing, however, Lake Titicaca’s endemic fish species, along with fishing traditions that pre-date the Incas, are in danger of becoming extinct.

A life source for millennia

In this beautiful yet challenging part of the world, the Aymara people – according to evidence found from anthropological remains – have survived off the Lake’s endemic karachi for millennia. The karachi is a tiny (about finger-length) fish that today, as it has been since the time of the Incas, is either fried with salt as a protein-packed snack or added to vegetable soups. It’s also used as currency; Aymara fishermen will often trade their small fish for quinoa, potatoes, or okra on market days. 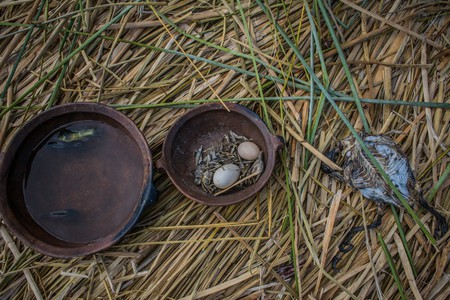 The Aymara people have sustained themselves from fried karachi fish (middle and left), birds, and their eggs for thousands of years | © Jessica Vincent

If you ask the locals, they’ll tell you that Lake Titicaca was the birthplace of the sun, and therefore the source of all life; a belief that was passed down from their Inca ancestors. Due to the altitude, Lake Titicaca doesn’t have the biodiversity that you might see in other tropical lakes, yet 32 species of karachi (or killifish) have managed to thrive here since the lake’s creation almost three million years ago – keeping the indigenous inhabitants alive and strong to this day. It’s here, then, that locals have been living in harmony with the lake and its fish, since – quite literally in Inca cosmology – the beginning of time. 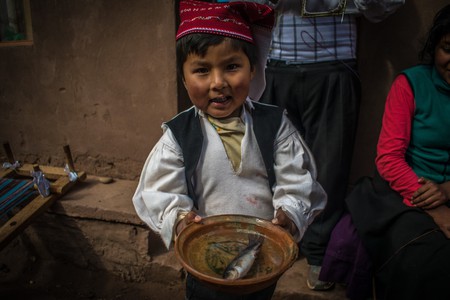 The introduction of a deadly predator

If you travel to Lake Titicaca, or any surrounding towns like Puno or Copacabana, every restaurant menu will be selling trout, while it’s practically unheard of to see karachi. Trout, however, didn’t originate from Lake Titicaca, so how did it end up on our tourist lunch menus? 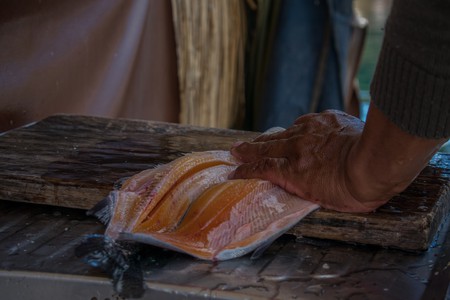 In 1935, Bolivian and Peruvian officials – after encouragement from the US – decided that they would introduce larger, more nutritious fish into the lake. The thinking behind this was that karachi – despite having fed thousands of families for millennia – couldn’t sustain the growing population at Lake Titicaca and, probably more importantly, would kickstart a profitable commercial fishery business for the two countries. Three years later, the first trout fingerlings were brought over from North America and introduced to the lake – a decision that, just 100 years later, would change the lake forever. 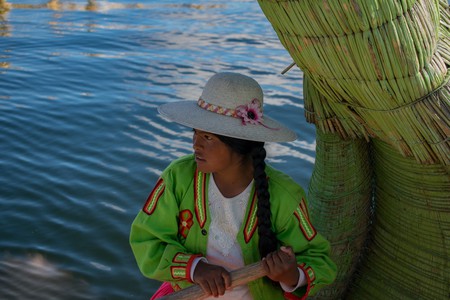 It’s 5am, and Orlando, a Lake Titicaca native from the island of Amantani, gets his tiny wooden rowboat ready to go out onto the lake. He’s been doing this every morning since he was a young boy. 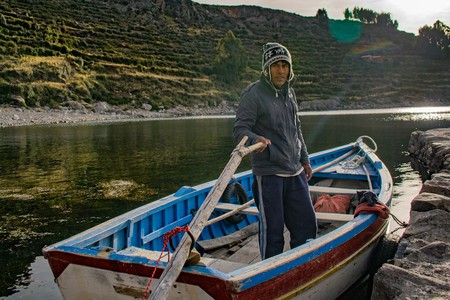 Orlando, a Lake Titicaca native from the island of Amantani, gets his boat ready for an early morning fish | © Jessica Vincent

Despite being able to set up his own trout farm, Orlando continues to fish the native karachi, as his father – and his father before him – did. When we ask him why (when he could be earning much more from selling trout at the market), he answers in broken Spanish (his native language is Quechua): “The karachi, and the lake, is part of our culture. Ever since I remember, my family have always eaten this small fish. I don’t want the tradition to die.” 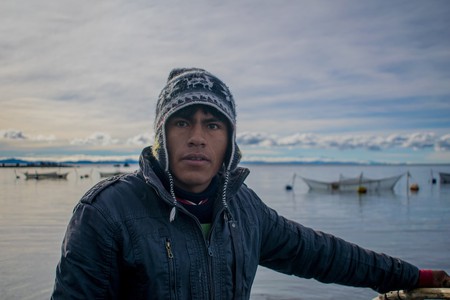 Despite trout being worth more, Orlando still fishes for karachi to keep his culture alive | © Jessica Vincent

As the sun rises higher and the lake begins to glisten, we head out to collect his 100m-long net which he had dropped into the depths – using small rocks as weights – of the icy cold Lake Titicaca the night before. This, he tells us, is the traditional way of fishing here. As the native fish are so small, it’s far more efficient to use large nets rather than a rod. 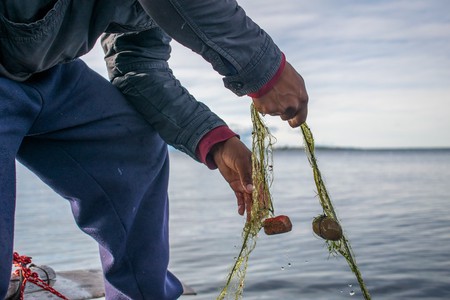 As he begins to slowly reel in his homemade nylon net, he frowns a little. He has already reeled in around 32 feet of the net, but still no fish. When we ask him if this is normal, he responds without looking up, “Now, yes. I remember when I was little we would take home bags full of karachi. Today, I am lucky if I catch ten.” 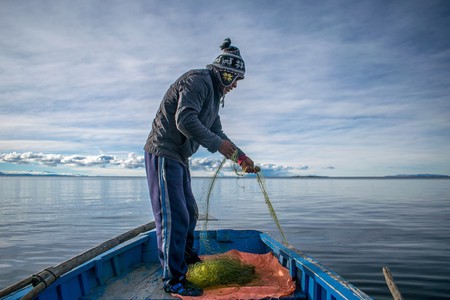 As he reels more of the net into the boat, he continues, “We used to eat karachi almost every day. It was the best way to stay strong. Now, me and my family only eat fish twice a week.” A few moments after finishing his sentence, a tiny fish pops up over the boat; finally, a karachi. He frees the fish from the net and chucks it on a piece of cloth.

He carries on reeling and picking out trapped karachi and pejerrey (another introduced river fish from Argentina) from the net. As he gets to the end, we look at what he’s caught: 5 karachi and 2 pejerrey lay fluttering on the peeling wooden bench. “That’s it,” he says. Obviously sensing our surprise, he adds, “If you go further out, where the lake is much deeper, you catch more fish. But it’s still a lot less than we used to catch. If you go out further, you have to spend the night on the boat. For the amount of fish I catch, that’s not worth it for me anymore.” 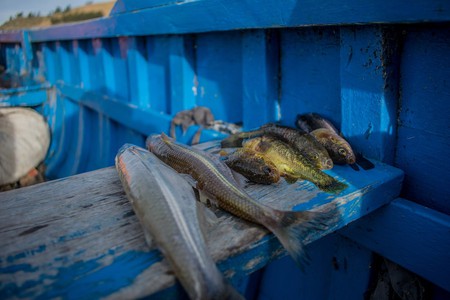 As the catch for the day is over in just 25 minutes, Orlando takes us to see a nearby floating trout farm – now a common site on the sacred Lake Titicaca. “This is how many people fish now,” he says as we approach four square cages held down by wooden beams and rope. These net cages allow fishermen to quickly get their catch, without having to stay out overnight for bundles of small karachi fish. The trout here also grow to about triple the size of karachi, making for a more filling and nutritious meal, as well as a far more profitable catch on market day. 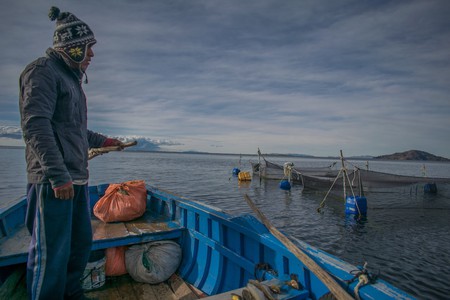 But this process is having a huge impact on the lake. As Orlando expertly weaves us in and out of the nets, he says “when the big fish [the trout] escape their cages, they eat the karachi as well as other food that the karachi and the pejerrey depend on.” 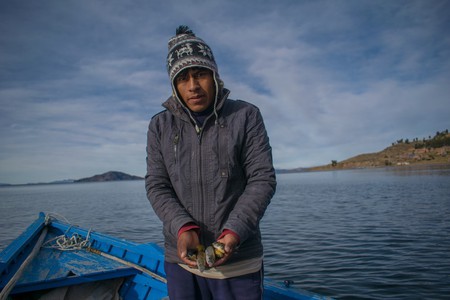 Orlando holds his meager catch of the day | © Jessica Vincent

When asked if the karachi disappearing would also affect other species, he replies, “Yes. Our birds here all feed on karachi. If our small fish disappears, what will they eat? What will we eat? All of our futures are uncertain.” On the plus side, he says, he has caught a slightly deformed fish at the end of his net. This, Orlando tells us, “is good luck. We believe that catching a fish with a deformity means we will catch more fish next time.” 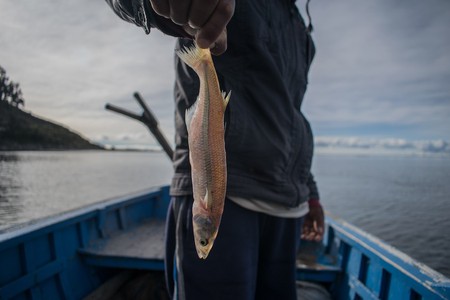 Orlando hold up a deformed pejerrey, which symbolizes good luck for his next fish | © Jessica Vincent

Out of the 31 karachi species, all are considered critically endangered, and two are already believed to be extinct. Trout farming may be a more profitable and nutritious catch, but will it be worth wiping out a rare species off the face of the earth, as well as losing thousands of years of fishing culture? The answer to this, it seems, will determine whether Lake Titicaca’s ancient fishing traditions will still be alive for the next generation of Aymara fishermen.