How Travellers Can Help Llamas in Peru 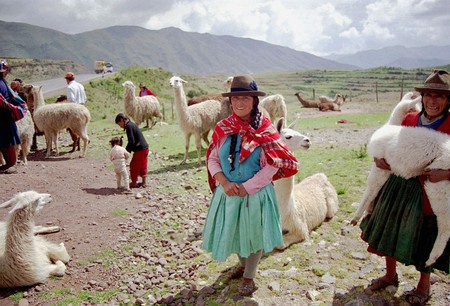 Over the past few decades, images of llamas or cute fluffy alpacas have become iconic Peruvian symbols. These camelid creatures find their way onto everything – from clothes to restaurant walls to trinkets in local gift shops. Llamas have long been an integral part of Andean life, used by the Incas as beasts of burden, while alpacas were farmed for their warm wool – and things are not much different today. However, if this traditional way of life is going to survive, both the animals and their owners will need some serious help.

Llamas are larger camelids, used as pack animals and beasts of burden by the Andean people. They are related to the camel and are the oldest domesticated animals in the world. Alpacas, on the other hand, are the llama’s smaller, cuter and fluffier cousins. Unlike llamas, alpacas are not bred for their labour, but for their wool. 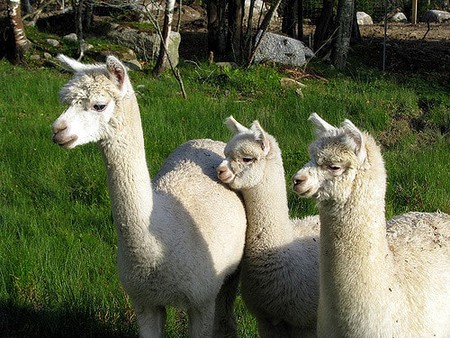 Both llamas and alpacas are very important to the economy of local communities in the Andes. The soft, warm wool from alpacas is highly regarded and the Andean people raise these animals to be sheared. The wool is then used to make clothing, which is sold in Cusco and exported all over the world. Sadly, according to Stephen R. Purdy, president of the Nuñoa Project Peru, ‘farmers are paid very low amounts for alpaca wool, which is their primary income.’ The Andean people also use llamas as a means of generating money. These animals are used as pack mules for travelers looking to complete multiple-day hikes in the Andes.

Another challenge facing farmers and their animals are the uncharacteristically cold winters and summers seen over the past couple of years in the Andes. This factor, along with droughts that kill vegetation and water resources, has resulted in the deaths of thousands of llamas and alpacas. 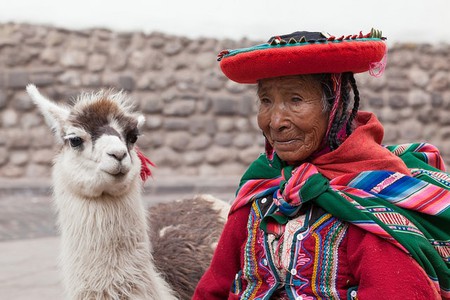 The Nuñoa Project was set up to help local communities and their camelid populations. ‘We are investigating how to have them produce more wool,’ Purdy says, ‘by using better quality breeding animals and by finding people who will pay them a better price for the wool.’ By so doing, the Nuñoa Project hopes to help Andean communities continue in their traditional practices and create a better overall quality of life for them. 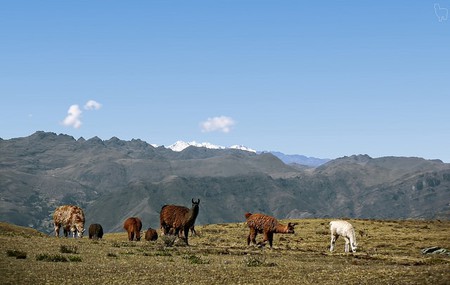 There are ways to support the Andean people, even from thousands of miles away. By donating to reputable foundations like the Nuñoa Project your money can go a long way. For example, a donation to Nuñoa’s ‘Llama Pack Project’, which helps llama farmers near Cusco, will contribute to the continuation of this vital, traditional labour. Your donations go right back into the pockets of people in the Andean community.

Be a smart consumer

Farmers in these communities rely on their animals for just about everything, so it is very important that tourists and travelers make intelligent decisions when purchasing clothing and other goods both in and outside of Peru. The best way, of course, is to buy locally from the Andean communities, ensuring that your money is going to the right people. Many of their stores are only a short ride outside of Cusco and the Andean people occasionally come to the city to sell their goods.

If you aren’t in the Andes, however, you can still make sure that the places you purchase your alpaca clothing from support the people producing the fibres. According to Al Jazeera, over $150 million worth of fleeces are exported from Peru each year. Upon visiting these communities it becomes immediately apparent that these humble people do not see much of that staggering amount. The toil and labour of the Andean people and of their animals goes uncompensated. The next time you see a llama emblazoned on a t-shirt or key chain, or you wear your alpaca sweatshirt, remember how fragile their life and existence truly is, high in the Andes, and how smart consumer decisions will ultimately decide the future of these people and their iconic animals. 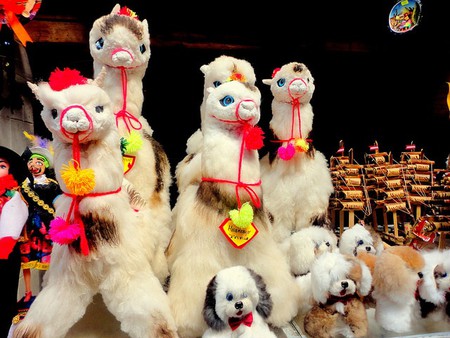 Ready to go mad for Machu Picchu, or angling for the Amazon or the Andes? Intrepid Travel has a huge range of Peru trips – start your adventure here.