Giving Thanks to Pachamama: A Glimpse Into a Pre-Inca Shamanic Ritual 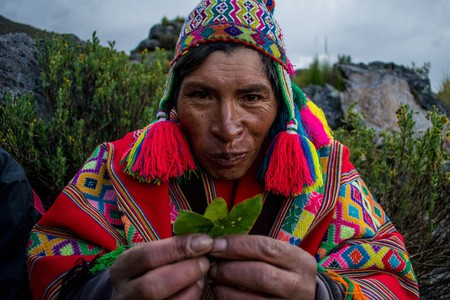 An offer to Pachamama | © Jessica Vincent

﻿High up in the Andean mountains of Peru’s remote Ausangate region, ancestral traditions that date back hundreds – maybe even thousands – of years are still being practised today. An offering to Pachamama is one of Peru’s oldest, and most sacred, rituals; one that allows the people of the Andes to give thanks to their one and only goddess: Mother Earth.

Since the time of the Incas (and most probably before then), Pachamama – meaning Mother Earth in the ancient Quechua language – has been revered as the world’s fertility goddess. It is she who harvests the land so that farmers can grow potatoes, corn and coca leaves; it is she who embodies the mystical snow-capped mountains; and it is she who will bring the rains, cause an earthquake or strike with a lightning bolt. Essentially, it is Pachamama – the ever-present spirit of the Andes – who has the power to sustain, or destroy, life on Earth. 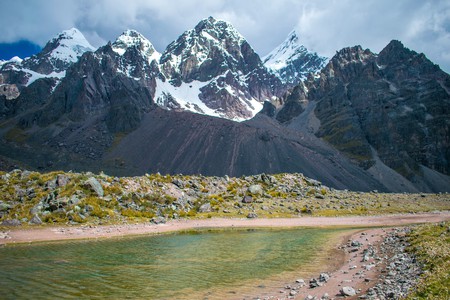 For Andean people, Pachamama is considered to be present in all living things, including the mountains, rivers and plants | © Jessica Vincent

La Ofrenda a la Pachamama (The Offering to Mother Earth) started as a way for the humble Andean campesino – who, more than anyone else, was indebted to Pachamama for his survival – to be able to give back what he had taken from her; a kind of reciprocity between the material and spiritual world, and a chance to rebalance the relationship between man and nature so that he may take from the land once more. The ceremony also offered the rare opportunity to formally share your dreams and aspirations with her. What is it that you most want from this life? During the ritual, you have Pachamama’s undivided attention. If she’s appeased with your offering, she will muster up the rains during the wet season, grant you a good harvest, and protect you and your family from harm. 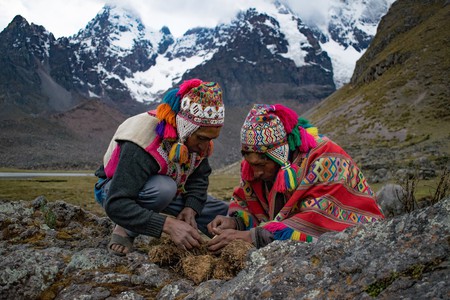 Shamans preparing the fire for the Pachamama ceremony | © Jessica Vincent

Two of Ausangate’s most respected shamans – who were chosen, they say, by Pachamama herself when she struck them, without harming them, with a lightning bolt during a ritual – kickstart the ritual by preparing a small package that will serve as our offering to the Apus (divine mountain spirits in Quechua). 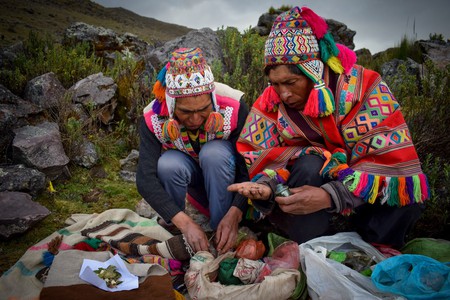 What goes into these small packages, we’re told, can vary each time. If they’ve had a particularly bad harvest, or there has been a major tragedy in the community, for example, it’s not uncommon for shamans to sacrifice a baby alpaca, and the blood be spilt over the package. This time around, however, they settled for coca leaves, incense, nuts, dried Amazonian flowers, brown sugar (apparently Pachamama has a very sweet tooth!), a bit of vicuña wool (the most expensive wool in Peru that comes from a small llama-like animal), and a splash of red wine. The important thing is that every small offering be completely natural, symbolising us giving back what we have already taken from the Earth. 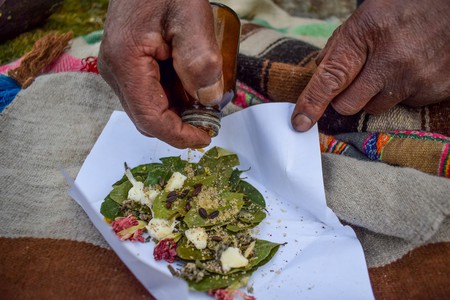 When all the small offerings have been put together, the paper is folded up to make a small square package. With his eyes fixed on the Apus, one of the shamans then blesses the package by holding it close to his face as he whispers a few words of thanks to Pachamama. He then wraps it up in a llama-wool blanket that had been knitted by his wife especially for Pachamama rituals. 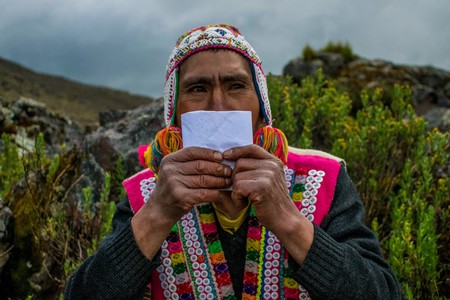 Setting the package aside for a moment, the shamans quickly set up a fire made from hay and manure with a small gap in the centre to place our offering. As the flames start to rise and the home-made oven starts to heat uncontrollably, they call us forward to be “cleansed” by the offering that is about to be burnt. The shaman politely asks us to get down on our knees and close our eyes, facing the mountain we’re about to climb. He then begins to lightly press the package to our heads, hands, back and feet as he chants more words of thanks to Pachamama and asks her to protect us on our long journey to Hampa’s summit. 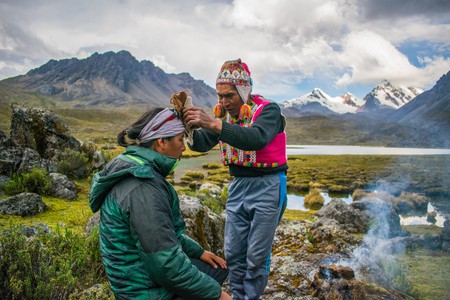 The shaman blesses us with the Pachamama offering | © Jessica Vincent

Once each of us has been blessed and helped to our feet by the shaman, the package is placed in the smoking oven as we look on, speechless. There’s something about this moment that’s difficult to put into words. Just imagine it: it’s dead silent; we’re surrounded by towering, snow-capped mountains and mossy, bright blue lakes; the smell of smoke and incense fills the air, and there’s not a single other person in sight for miles around. There’s an energy in these mountains that, whether you believe in these kinds of rituals or not, has an indescribable effect on you. 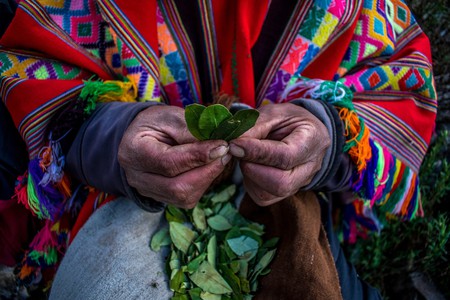 The shaman makes a K’intus: a “bouquet” that represents the coming together of a prayer or offering | © Jessica Vincent

After what seemed like an eternity in silence watching the flames flicker in slow motion, the shaman speaks: there’s just one last thing left to close the ceremony. We sit on the floor in front of him as he carefully selects three coca leaves and fans them out with each stem facing down towards the ground. He later tells us that this is called the K’intus: a “bouquet” that represents the coming together of a prayer or offering, with the tips of the leaves reaching up to Inti Tayta (Sun and Sky) and the stems down to Mother Earth. 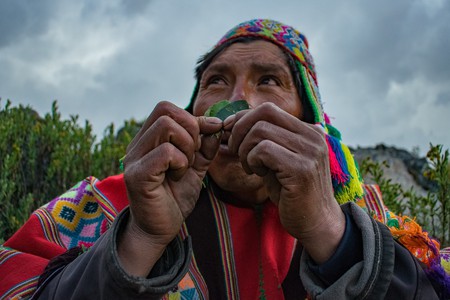 He closes the ceremony by giving one last thanks to Pachamama, holding the leaves, and his gaze, to the magical Apus of Ausangate. As is custom, we sit for a while eating coca leaves and sipping what was left of the sweet wine, always spitting the last mouthful down at the ground for Pachamama. With Mother Earth’s blessing, and the shamans’ approval, we were now ready to take on the unknown.﻿