An Introduction to Peru's Innovative Electronica in 4 Songs 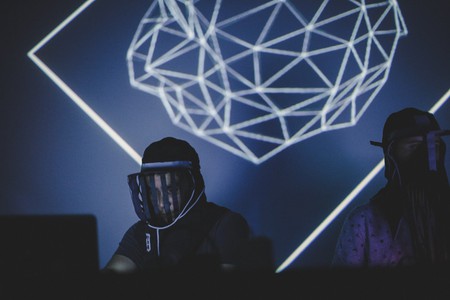 Out of Peru’s chicha music, which you could call psychedelic cumbi, and electric music comes Peru’s new sensation dubbed electronic cumbia. Check out our guide to the music that has taken Peru by storm and is making its way internationally.

One of Lima’s most well-known bands. They were influenced by the Peruvian cumbia band Los Wembler’s, coupling that cumbia feel with an electronic sound. Felipe Salmón and Rafael Pereira are the men behind the sound, and also the masks, which they wear onstage, beginning in 2010 in Lima.

A bit more soft and sensual than Dengue Dengue Dengue, Animal Chuki is another big Peruvian electronic band. The group consist of Andrea Campos and Daniel Valle-Riestra who produce these floating, amazonian sounds.

Novalima blends Afro-Peruvian music with Electronica and Latin American rhythms. The Latin Grammy nominated group formed in 2001 and have continued touring since their inception. Their 2015 album Planetario was released to warm critical response, called a “three-layer cake of time” and avant-garde in approach and execution by NPR.

Think Amazonian ayahuasca trip with cumbia and you’ll roughly get the sound of Peruvian artist Alqsbs. The sound has one foot in the past and one in the future, part homage and part trailblazer.