A Brief History of the Peruvian Inca Orchid 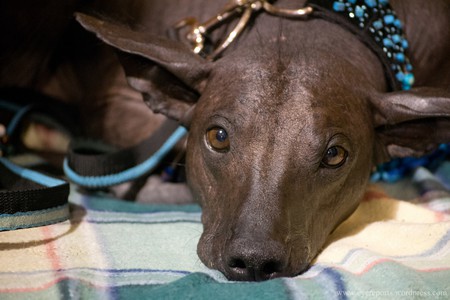 From near-extinction to unmistakable popularity, Peru’s national dog the Inca Orchid can once again be seen on the streets of Lima at its rightful place, alongside a Peruvian. It’s unlike any canine you’ve ever seen before. So what makes this unusual mutt so uniquely endearing, and where did it come from? Here’s everything you need to know.

She wasn’t Kim Kardashian, but it was as close as you could get. Replete in her bright, neon-colored Nike gear, she even wore one of those Kardashian-promoted belts that are supposed to shrink a woman’s waist like a corset. In her hand, she held a pink leash that was attached to a pink, sparkly bedazzled collar around the neck of a dog that looked more post-chemo possum than canine. The dog was almost entirely bald except for tufts of hair on its paws, tail and head that formed a just-woke-up Mohawk, which, coupled with its grey, leathery, elephantine skin, made it look like the dog version of an over-the-hill ’80s punk rocker. 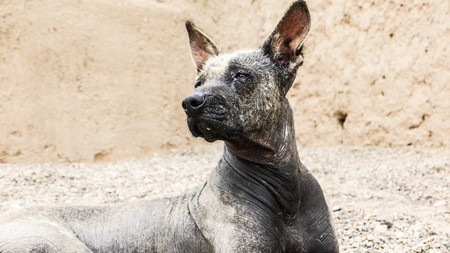 About a decade ago this image wouldn’t be imaginable: a Peruvian in a trendy neighborhood with a Peruvian Inca Orchid – also called perros flora, or “flower dogs,” and believed to have been named by the Spanish for their attraction to caves filled with orchids. But now the trendy canine companion can be found on walks in Lima’s more upscale neighborhoods such as San Isidro, Miraflores and Barranco.

The Peruvian Inca Orchid is a line of, until recently, almost extinct hairless dogs that date back to pre-Columbian societies. Its origins are relatively unknown, but you can find the unmistakable image of the dog on pottery and art dating before the Incas in Peru. Its depictions and reverence in ancient Peruvian art — adorned with jewelry and buried with its owner — is not unlike the treatment of felines in Ancient Egypt. Like Egyptian cats, the dogs were believed to possess mystical powers such as relieving arthritis. These dogs thrived in the country of Peru until the Spanish came, nearly wiping out the entire species. 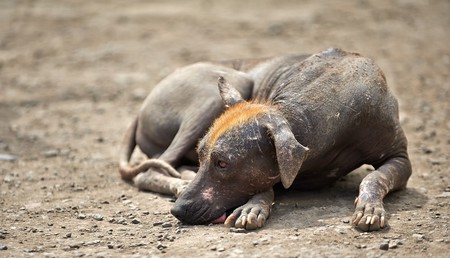 Now, fast forward to 2017, you won’t go a day in Lima without seeing one of these dogs on a leash — always on a leash because they have become a desirable breed, which is also why you’ll mostly see them in Lima’s trendier, more upscale neighborhoods — or on a poster board like an advertisement promoting an up-coming blockbuster. The government, as well as many individuals who brought attention to their near-extinction, are the reason for the dog’s revival and their once-again recognized place in Peruvian history. A law was even passed in Peru requiring at least two Inca Orchids at each historical site. The chances of finding one wandering streets ownerless are over. A breeder can now earn up to a thousand dollars for one these ancient dogs. 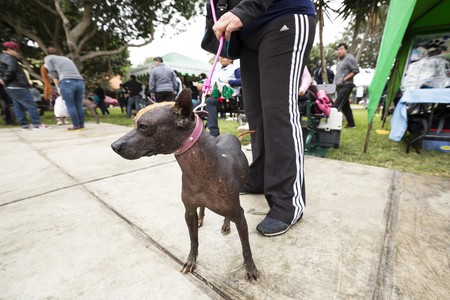 Peruvian dog at a show in Lima | © Christian Inga/Shutterstock

From near-extinction at the hands of the Spanish to disregarded street roamers, when you see one of these hairless dogs, don’t think of it as the latest trend like neon sports gear or a Kardashian waist trainer, but as an integral part of Peruvian history alongside Machu Picchu and the Incas themselves. The dog’s poodle-like grace and debonair mannerisms betray its rough appearance, but not its rich cultural history.