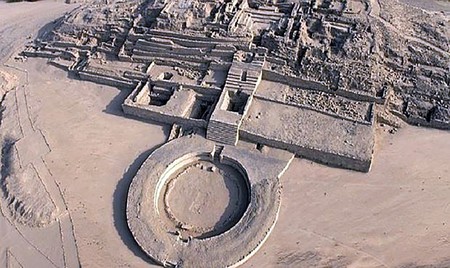 Before the Inca expansion in the north and south of (South) America, there were many cultures that left their mark on buildings, temples of worship or citadels that survived the test of time. Although Machu Picchu is the most recognised Peruvian archaeological site in the world, there are innumerable citadels of Inca and pre-Incan cultures that deserve to be visited too.

Chan Chan Chan Chan was the largest adobe city and the biggest in the Americas before Columbus’ arrival. It was built on the north coast of Peru (in the outskirts of Trujillo) by the Chimu culture in 850 AD. This 12,000 square kilometer city was composed of nine citadels that served as administrative buildings and sacred temples, reservoirs and storehouses. It is believed that 100,000 people lived here before the Incas conquered the area in the fifteenth century, and it is considered a World Heritage Site by UNESCO. 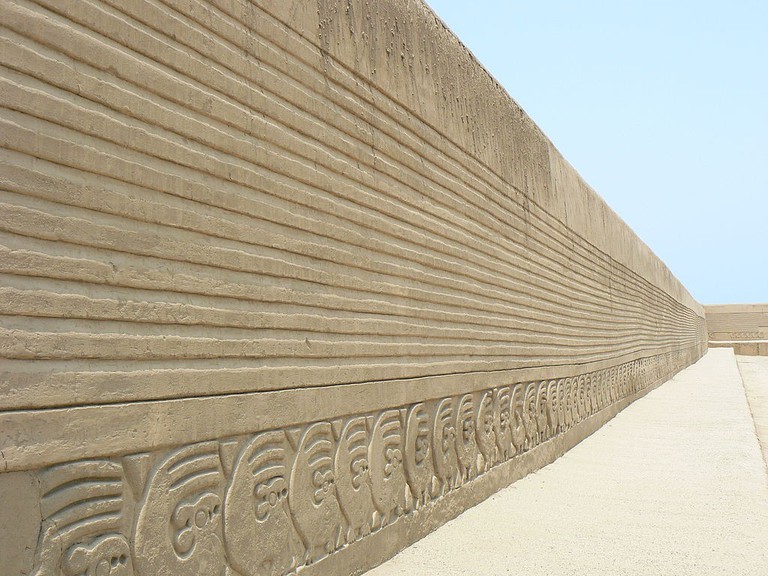 Walls of the city of Chan Chan | Pixabay

Translated as ‘The witch’, El brujo is a citadel with pyramids mostly built by the Moche culture where an important burial site containing the mummy of a tattooed priestess – and possibly Peru’s first governess – was found. She was named ‘The Lady of Cao’. The El Brujo archaeological site is also located in Trujillo, not too far from Chan Chan. 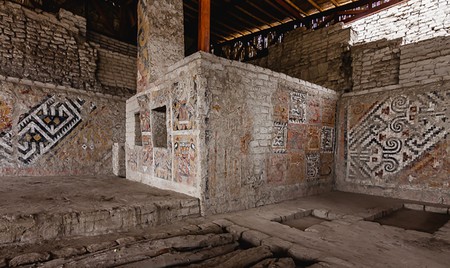 The oldest centre of civilisation in the Americans is just three hours north of Lima; Caral dates back 5,000 years. Located in the middle of a desert, it was a religious centre for the Caral civilisation and is also considered a city due to its six pyramids, circular courts and residential zones for the elite. Because of its great preservation throughout millenniums, it’s considered a World Heritage Site. To travel to Caral, you must take a bus from Lima to the city of Supe, then take another bus 12 miles inland.

If you plan on visiting Machu Picchu, you will most likely make a pit stop at Ollantaytambo, a town in the Sacred Valley with a breath-taking Inca citadel. Inca ruler Pachacuti made it his home and it became a stronghold during the Spanish conquest; part of the Inca road starts in Ollantaytambo. Locals say that if you’re standing on one of the andenes or stair-like terraces and look across, you will see Inca’s deity Viracocha’s face on a mountain.

The Wari culture is believed to be an extension of the Tiahuanaco culture, a lost civilisation in western Bolivia. Notable artisans, the Wari built this complex citadel around a religious cult and it’s still unknown why it was abandoned. Located in the Ayacucho Andean region, the city was divided into neighbourhoods and plazas, and had an important canal drainage system. 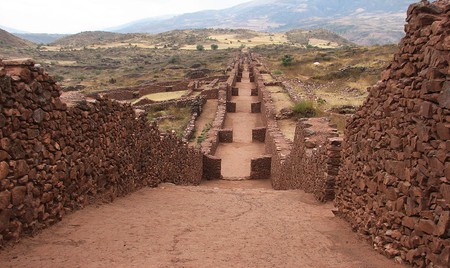 You don’t need to leave Lima to see amazing traces of pre-Columbian civilisations. Pachacamac is another World Heritage Site that was built successively over time by different cultures that dominated the area, like the Ychsma, Wari and Inca. It was a very popular religious site where people went to seek advice from an oracle and honor Pachacamac, the creator of the universe.

When Cusco was siezed by Spanish conquerers, Manco Inca Yupanqui fled to Choquequirao, a bastion located 9,840 feet above sea level in between Cusco and the Amazon rainforest. It resembles Machu Picchu because it was built atop a mountain and has a similar architectural style, with ceremonial centres and pilgrimage sites. Only 30% of the archeological zone has been uncovered. To access Choquequirao, you must hike for two days. 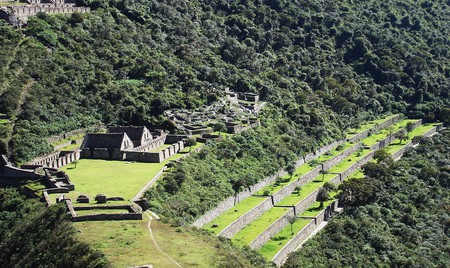 The Chachapoyas culture built this city in the cloud forest of the Amazonian region in the sixth century AD. In fact, they considered themselves to be ‘Warriors of the Clouds’. This walled city could’ve been a strategic spot to control any neighbouring threats, but not only warriors lived in this city: farmers and merchants inhabited the cone-roofed stone houses as well. To access Kuelap, you must reach the city of Chachapoyas, then take a bus onward to a town called Tingo, where you’ll have to walk 20 minutes up the mountain to reach Kuelap. 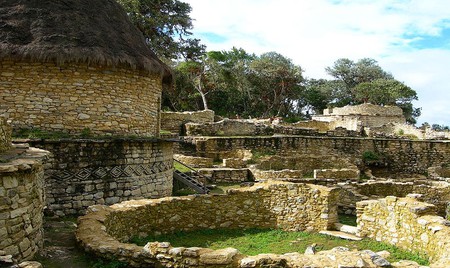 This archeological site was a pilgrimage centre where Andean civilisations would meet and share ideologies and customs. Its carefully carved head monoliths built after deities can still be found on site, and its tunnels and intricate architecture continue to exert an influence: in 1997, 72 hostages were rescued from an embassy by the Peruvian military after a tunnel system inspired by those found in Chavin de Huantar was secretly built under the residency.

Although some call it El dorado, its most accurate name is Paititi and it’s the ultimate lost city of the Incas. It has not been found yet, but it is believed to hide the most important Inca secrets and greatest treasure that remained hidden from Spanish conquerors. Legend says Paititi could’ve been covered in gold, and the Manu rainforest is often cited as a possible location for this lost city. Every year, groups of renowned explorers like Darwin Moscoso travel to this area in search of it. Travel agencies like One Earth offer legit customised trips in search of the lost city of the Incas.