7 Peruvian Artists the World Needs to Know About 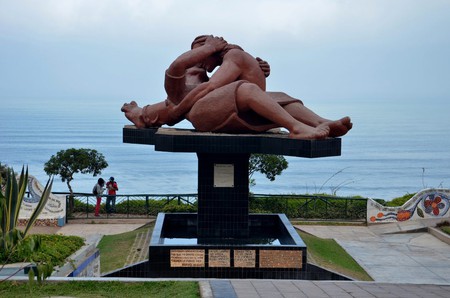 Peru’s artists are as diverse as their landscape, representing the different corners of the country from the Amazon jungle to the Andes to the sprawling metropolis of Lima. Our guide takes you on a journey through the eyes and paintings of Peru’s most polished and well-known artists. Here are those that everyone should know.

He was the most outstanding figurative expressionist painter of the 20th century. Gutiérrez was self-taught until he had the opportunity to study in Buenos Aires with the Argentine painter, Emilio Pettoruti. In the beginning, his paintings were characterized by his broad use of colors and carefully delineated lines. His works then began to use more earth tones with blue, violet and red, accompanied by thick black strokes. He is considered by many as Peru’s most celebrated painter.

As a child he began strict artistic training in an art academy directed by his father, Germán Suárez Vértiz, who was twice the Director of the National School of Fine Arts. Throughout his career, his style was constantly evolving. Through his experimentation, Alvaro eventually created a new style, self-described as “Garabaticista”, which requires a great deal of color and brushing. His work has been published in different art magazines in Spain, the United Kingdom and Japan among other countries.

Ureta was a Peruvian painter and writer, noted for his originality. The subjects of his work focused on the Andes and its people, a topic that other painters had not prioritised in their work. He is undoubtedly the most important Peruvian muralist in the world and became the director of the National School of Fine Arts in Lima. His work expresses an emotional struggle for social justice in an unjust world. 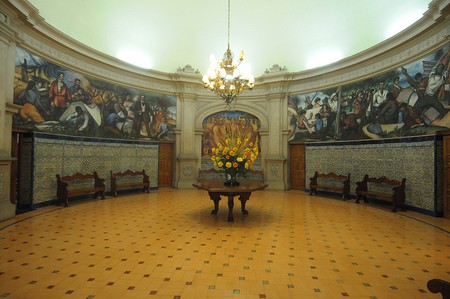 Fernando de Szyszlo is a Peruvian painter and sculpter who was an important figure in advancing abstract art in Latin America. Born in Lima, Peru in 1925, he spent many of his formative artistic years in Europe, where he met founding members of the surrealist movement like Andre Breton. He is best known for his use of pre-Columbian imagery in his red paintings. Szyszlo’s art is an attempt at reinventing Surrealist themes in a Latin American context, concerned more with feelings connected to indigenous mysticism than artistic conceit.

Pablo Amaringo is a Peruvian painter and healer best known for his colorful, ayahuasca influenced paintings. At age 17 he suffered from severe heart disease, which made him bedridden for more than two years until he was cured with the help of a local healer, who gave him ayahuasca. After that experience, his heart was fine and he became a new person – he was reborn by the ayahuasca. It was during this time of inactivity that he began to paint. Forced to stay at home, Pablo discovered he could draw. With scarce resources available to him, he used pencils, soot, and even his sisters’ lipsticks and cosmetics to complete his drawings, and used discarded cardboard boxes instead of paper. His paintings show themes of ayahuasca trips in dazzlings colors and symbolism.

Víctor Delfín is a Peruvian sculpter, painter and craftsman. His work has left a significant imprint on Peruvian art in recent decades. He has worked as a metal sculpter since the mid-1960s, with his series Retablos, Bestiary and Birds of America, making a major impact for more than a decade. His work is immortalized at Parque del Amor in Miraflores, where his sculpture of two lovers kissing is center stage. 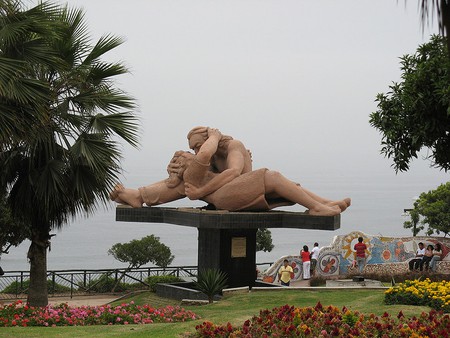 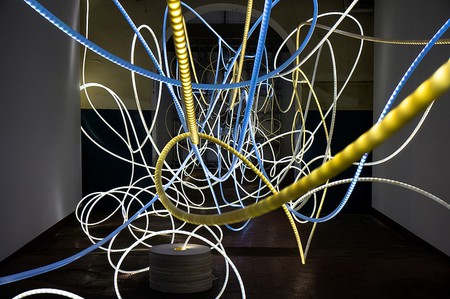