11 Delicious Dishes Worth a Trip to Peru For 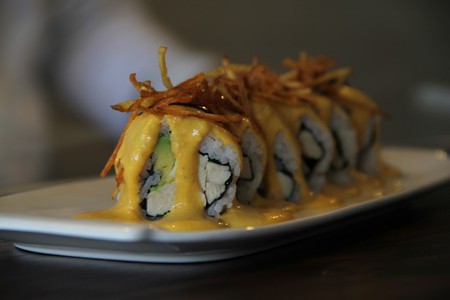 Peru has exploded onto the world culinary scene and is now a gastronomic travel destination. Popular dishes such as ceviche have made their way around the world, inspiring new generations and delighting tastebuds. Here is a list of dishes that are seriously worth the price in airfare to go to Peru to try – ¡buen provecho!

Peru’s flagship dish is worth the trip to Peru in itself. You won’t be able to eat true Peruvian ceviche anywhere else in the world other than in Peru because it requires a very specific Peruvian lime, which, according to Peruvian chefs, has the perfect acidity for ceviche. The classic ceviche will include fish marinated in lime and rotoco peppers, canchitas (corn nuts), yuca, sweet potato, onions, maybe some banana chips and is often garnished with lettuce. 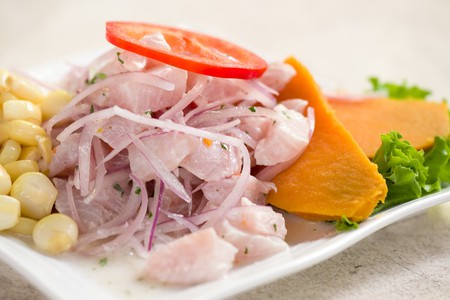 The delicacy of the Andean region, Cuy, or guinea pig, will cost around 60 soles a plate, but you have to try it if only to say you have. It is roasted in a spit or in the oven and is almost always served with its head still on. If you ask anyone in the Andes about their favorite food, they’ll reply, “Cuy.” 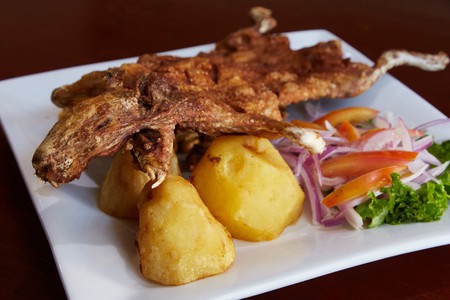 Of course you’ve had a burger, but with alpaca meat? It is very popular in the Andean region of Peru where they breed alpacas, and is a must-eat burger. It’s a little bit of home, but with a Peruvian twist.

It’s the law: if you own a restaurant you must have lomo saltado on the menu – at least it feels like that. Lomo saltado is a Peruvian-Chinese (chifa) stir-fry combining marinated meat with onions, tomatoes and french fries. 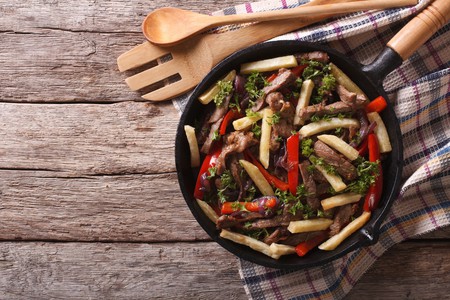 Potatoes and eggs covered in a thick creamy sauce made with cream, nuts, cheese, and aji. This dish will be served as a starter and will also be eaten as a snack in the markets. 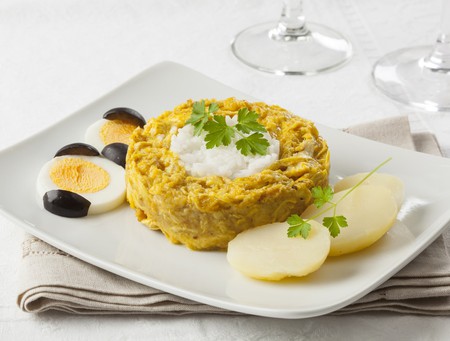 The dish is potatoes covered in a spicy cheese sauce that is usually served as an appetizer or as street food, but don’t let its accessibility fool you: it is delicious. 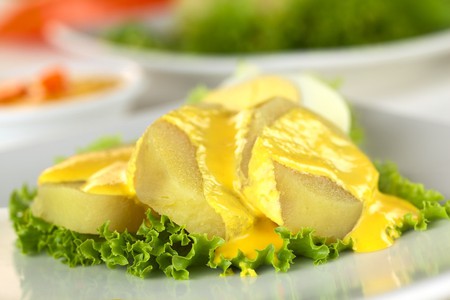 Rotisserie chicken marinated in soy sauce with red peppers, garlic, and cumin – this is the creation that has taken over Peru. You won’t go far in Peru without finding some sort of polleria serving up pollo a la brasa.

Rocoto Relleno are stuffed spicy peppers, which are widely popular in the Andes and especially in the city of Arequipa. They’re stuffed with eggs, sautéed meat and vegetables. 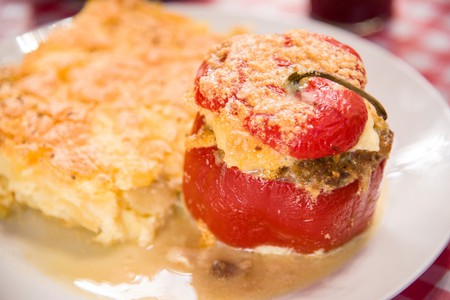 Grilled hearts are the go-to snack and street food of Peru. Chewy, yet delicious and cheap. 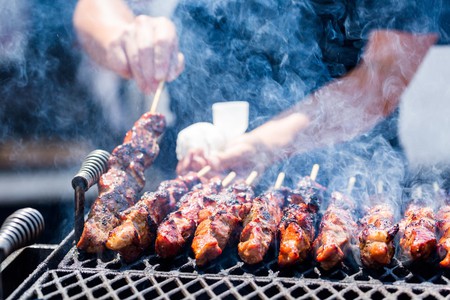 Peru’s sweet-potato fried donut is the best late-night snack in Peru. Smothered in syrup, you’ll come back for seconds and thirds. 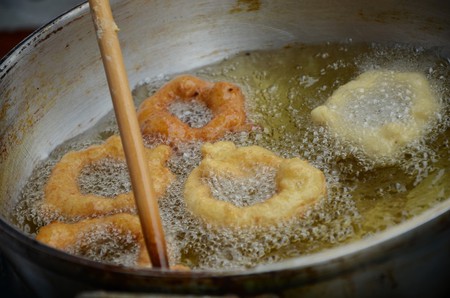 Nikkei is a melding of Peruvian and Japanese ingredients and techniques that has become the new craze in Lima and what most of the high-end restaurants will serve – meaning you won’t find these dishes cheap. Fresh fish severed with Peruvian limes, aji peppers, corn, yucca and some of the hundreds of potatoes that call Peru home.