What You Should Know About Colombia's Spectacular Flower Festival 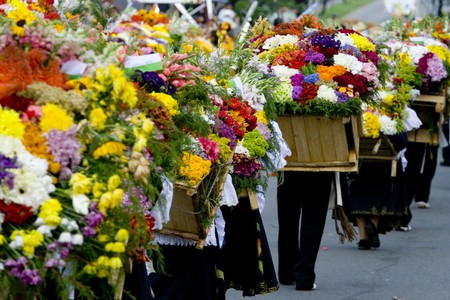 Every August, Colombia’s cosmopolitan city of Medellin, bathed in a colourful sea of the region’s most beautiful blooms, bursts into salsa street parties, Trova sing-offs, and vintage car parades. It’s a stunning sight to see, but where did this wonderful tradition come from? Here’s everything you need to know about one of Colombia’s most anticipated festivals, and the best way to enjoy it as a visitor.

Rivalled only by Holland, Colombia has been the world’s second-largest exporter of wildflowers for more than 60 years, with most of its production happening in the central northwestern department of Antioquia. In the month of May 1957— just as Colombia’s flower industry was starting to boom—Medellin’s tourist bureau member, Arturo Uribe, suggested they host a “Fiesta de Flores” (Flower Party) in the city to celebrate Colombia’s, and more specifically Antioquia’s, success in exporting flowers to the world. 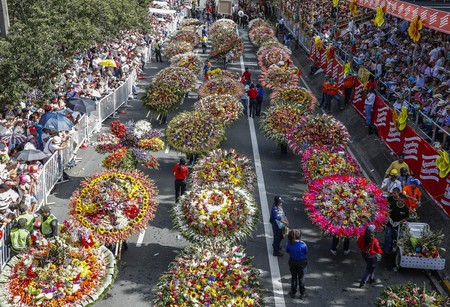 Today, it’s not all about flowers

Unlike in 1957—where the grand schedule of events included just one flower exposition in the Basilica Metropolitana, some small folk music performances, and the desfile de silleteros—today the Flower Festival is a mega international event. Whilst flowers may still be the main show (you’ll see beautiful flowers hanging from every balcony, scattered on the streets and, even, decorating car windows), huge-scale concerts (each year big names such as Marc Anthony, Niki Jam and Carlos Vives play at the festival’s Metro Concierto de Conciertos), classic car parades, art exhibitions, cookery classes and horse fairs are just some of the things that draw people in from all over Colombia and, more recently, beyond. 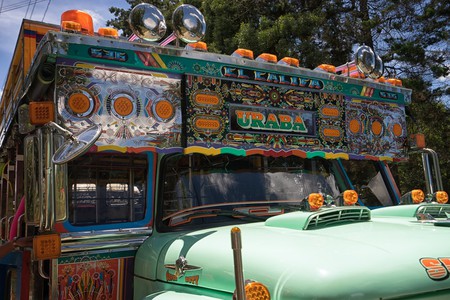 Whilst in the early days of the festival celebrations would last up to five days, in recent years the party is still going strong ten days after the opening ceremony. Each day you’ll find a huge list of events happening all over the city, including orchid expos, folk music concerts, beauty pageants and firework displays, just to mention a few. If you’re lucky enough to be here for the whole festival, the best thing to do is take a look at the events schedule (published a few weeks before kick off) and pick your favourite events. Ones not to miss are the Trova competition (where two people battle each other with an improv singing session), the famous Metro Concierto de Conciertos, the Chiva parade that celebrates Colombia’s colourful open-side buses, and, of course, the Desfile de Silleteros—but we’ll go into that in a moment. 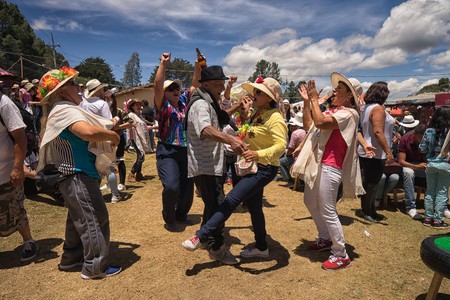 Since the very first Festival de Fores in 1957, the Desfile de Silleteros has been the hugely anticipated finale of this event—this week is, after all, about them. The word Silletero derives from “Silla” (meaning chair in Spanish), and it’s what people used to call peasants who used wooden chairs to transport goods and even people on their backs from one village to another. The name later stuck for flower vendors, as they always carried their huge stacks of flowers into Medellin on their backs. The Silletero’s moment of fame arrives when they’re invited, on the last day of the festival, to parade through the streets of Medellin—with thousands of people cheering them on—carrying hugely heavy, intricate flower arrangements on their backs for the chance to be crowned with the most beautiful flower arrangement. The level of skill required to create these works of art, as well as the strength it takes to carry these huge pieces on their backs through 35-degree heat, is a sight you’ll have to see yourself to believe.

A visit to Santa Elena is a must

The silletera farmers who come down to Medellin to parade their best flowers aren’t actually from Medellin, but from a small suburb called Santa Elena. During the festival period, it’s possible to visit the flower farms of Santa Elena on a day trip, where you’ll see a demonstration of how the elaborate wreaths are expertly put together, as well as some fascinating background to this beautiful tradition. If you think your flower arrangement skills are up to it, why not have a go yourself? There are a few farms that welcome visitors, but El Pensamiento silletera comes highly recommended for its detailed demonstrations. 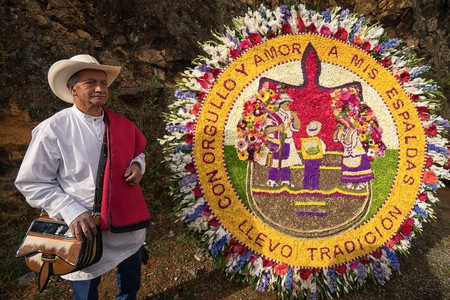