The Top 10 Things to See and Do in Mocoa 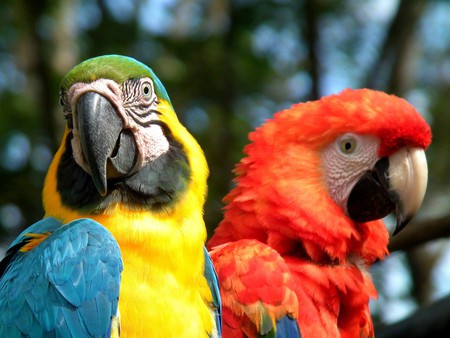 The town of Mocoa in the southern Colombian jungle region of Putumayo is a popular up-and-coming destination for backpackers in Colombia. With an excellent combination of jungle hikes, waterfalls, ecotourism, and extreme sports, as well as nice hostels and rural accommodation, Mocoa has plenty of great things to see and do. Here are the top 10.

Mocoa’s most famous and popular tourist attraction is the excellent jungle hike to Fin del Mundo waterfall. The trail passes through beautiful jungle before descending down to a gorgeous, crystalline river. You then hike along the edge of the river, passing three stunning waterfalls and swimming holes, before arriving at the 80 m (262 ft) waterfall that gives the hike its name. You hike to the base of the ‘falls or simply admire the incredible view over the jungle with the town of Mocoa in the distance. 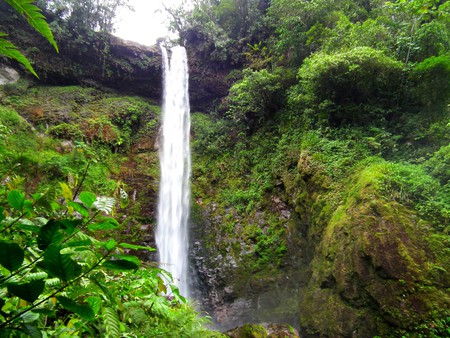 Mocoa and the Putumayo region are developing a strong reputation as one of the best birding sites in Colombia, and there are numerous excellent trails and sites where you can get out and explore Colombia’s unbelievable avian diversity. For keener birders, the places to go are Campucana – where you can observe such rarities as Black Tinamou, Coppery-chested Jacamar, and Black-streaked Puffbird – and the road known as the Trampoline where the endemic White-rimmed Brush-Finch is commonly seen.

Mocoa is surrounded by rivers and waterfalls, and Hornoyaco is another waterfall that is well-worth visiting. Another hike through the jungle – slightly longer than the Fin del Mundo hike – leads to the thunderous cascade, which sees very few visitors. There’s a deep pool in front of the ‘falls where you can take a swim, or you can simply admire the impressive spectacle. 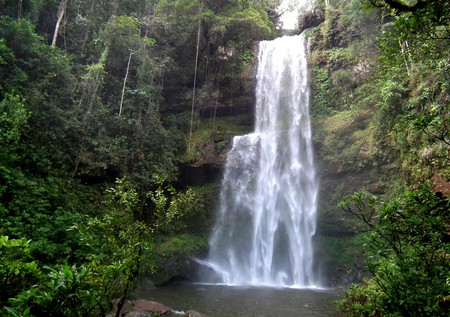 This small wildlife rescue and rehabilitation centre near the entrance to the Fin del Mundo trail is home to a stunning butterfly house, as well as a number of rescued macaws, parrots, monkeys, and turtles, most of which were being kept as pets or trafficked out of the country. For a small entrance fee, you can learn all about the local wildlife, and interact with some of the tamer animals at the centre. 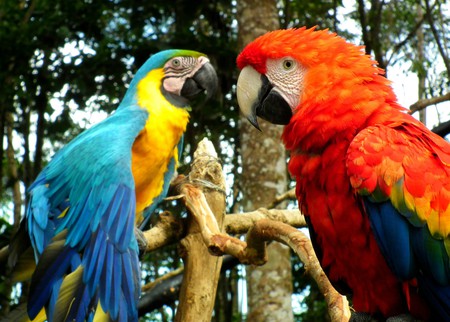 Another centre for rescued Amazonian wildlife, the Amazonian Experimental Centre (CEA or Centro Educativo Amazonico) is home to a number of iconic Amazonian species, including Ocelots, Tapirs, Toucans, and even the second-largest freshwater fish in the world, the Pirarucu. It’s not as intimate or small as Paway, but worth a visit if you’re interested in wildlife nonetheless.

The Mandiyaco Canyon is located along the Mandiyaco River on the road from Mocoa to Pitalito in Huila department. An impressive rocky, river canyon carved out from thousands of years of erosion, the canyon is visually spectacular and perhaps one of the most photogenic spots in the whole region. 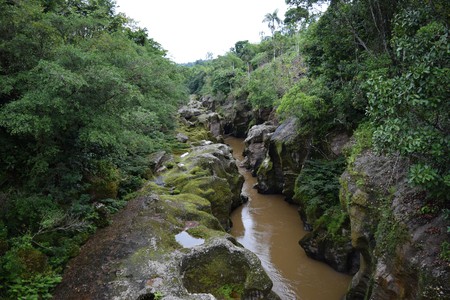 Another gorgeous jungle waterfall, Salto del Indio is located near the small town of Villagarzon (located about half an hour to the south of Mocoa). Reached after a short hike through the forest, the little waterfall might not have the visual impact of Fin del Mundo or Hornoyaco but it’s much less touristy and the pool in front of it is perfect for swimming in.

Take a swim at Canalendres

Hidden just off the path on the hike to Hornoyaco is the paradise swimming hole of Canalendres, a stunning little jungle pool surrounded by flat rocks and waterfalls, perfect for sunbathing in peace and enjoying the sounds and sights of the jungle. The first pool you come to doesn’t seem all that impressive, but once you climb over a few rocks to the higher pool you’ll feel like you’ve arrived in a secret little paradise all your own. 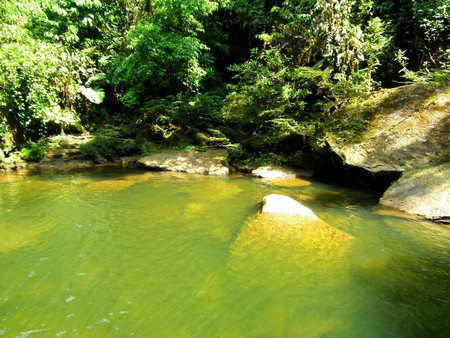 The stunning pools of Canalendres | © Chris Bell / The Culture Trip

If the idea of just hiking to waterfalls in the jungle isn’t adventurous enough to you, then there’s good news: you can actually rappel down the 80 m (262 ft) Fin del Mundo ‘falls! The company Ecotourismo Putumayo offers this hair-raising activity along with many other local tours, and the experience is perfect for any adrenaline junkies who fancy a visit to Mocoa.

Sleep in a jungle treehouse!

Paway Natural Reserve might be more well-known for its animals and butterfly house than as an accommodation option, but it is also home to perhaps the most impressive ‘hotel’ in the entire region: a large treehouse, perched 25 m (82 ft) up in the canopy of a giant tree and offering stunning views over the jungle. If you want a truly unique and memorable stay in Mocoa, then consider booking the Paway treehouse for a night or two.