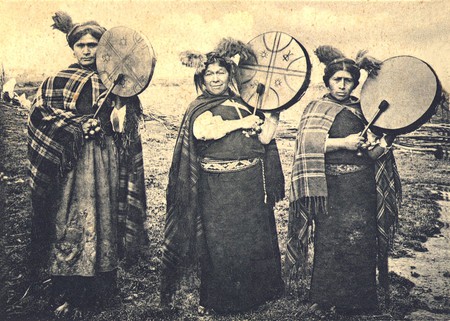 For over 2,000 years the indigenous Mapuche people have occupied southern regions of South America as their ancestral land. Since the colonisation of the Americas, the Mapuche have been forced to resist European invasion of this territory through whatever means possible. As the Mapuche continue their struggle to preserve cultural traditions, it’s important to recognise and respect this indigenous group for their customs, history and resistance. 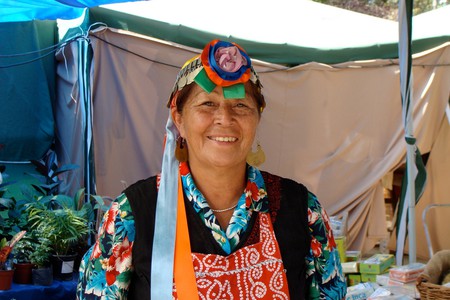 The name Mapuche encompasses several different indigenous groups inhabiting southern Chile and Argentina, each sharing the Mapudungun language, along with many customs and traditions. The heartland of the Mapuche rests between the Itata and Toltén rivers, in Chile’s south-central zone. Archaeologists have found evidence that suggests the Mapuche occupied this area early as 600 to 500 BC.

After the conquest of Peru, Spanish troops lead by Pedro de Valdivia headed south to Santiago and then southern Chile, where several cities were established within Mapuche territory. The Mapuche resisted the Spanish invasion, and conflicts between the two groups lasted over 350 years during the Arauco War. Although many Mapuche died from violence and disease, their attacks on Spanish forts and cities in southern Chile had some success. South-central Chile continued to belong largely to the Mapuche until 1882, during the Chilean occupation of the Araucanía. Now an independent nation, Chile was in the process of incorporating more territories, including the Araucanía region — land of the Mapuche. During this occupation, famine and disease hit the Mapuche people hard and the population dropped sharply. Many Mapuche were forced off their land. As adapting to Chilean society became a matter of life and death, the Mapuche were forced to incorporate themselves into this young South American nation.

In the native language Mapudungun, ‘Mapuche’ translates to ‘people of the earth’. As their name would suggest, many Mapuche practices and beliefs are deeply connected to the natural world and the Mapuche’s ancestral land. Healing ceremonies and the use of Mapuche herbal medicine, for example, are two common cultural practices. The Mapuche shaman, the machi, occupies one of the most important roles in Mapuche society. The machi, who are usually female, perform ceremonies for warding off illness or evil and protecting the community and their harvest. Machis are knowledgeable about natural medicine and the different remedies their region’s biodiversity provides. The tradition of Mapuche medicine is one of the most visible aspects of the culture present in Chile today, used as both primary and alternative treatment to western medicine.

The Mapuche also have a rich tradition of textiles, a practice that existed far before the Spanish conquest. The women in Mapuche communities would pass on weaving techniques and patterns to younger generations. These textiles, often ponchos and blankets, were considered an important trading good. In addition to their textile production, the Mapuche were also known for their metalwork and in the mid-18th century, many Mapuche started to produce silver finery. 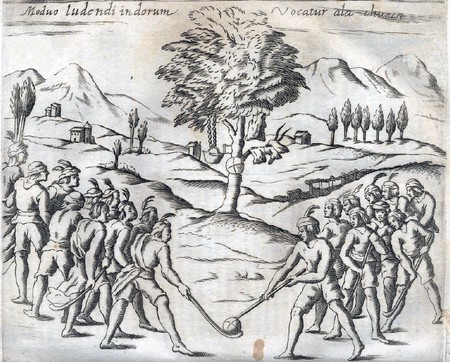 Around 10% of Chileans identify as Mapuche, though many more claim some ancestry. Some 1.5 million Mapuche live in Chile with an additional 200,000 living in Argentina. The Mapuche, like many indigenous groups around the world, are in constant demand for the return of their ancestral land. Recent protests in capital Santiago and isolated violence in southern Chile make it a pressing contemporary political issue in the country today. 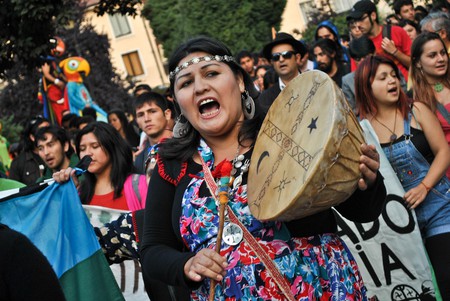 Besides the return of their land, Mapuche are also fighting for cultural preservation. Small steps like the teaching of Mapudungun in schools, the publishing of Mapuche books and investment in Mapuche artisan traditions reflect a small, yet significant, push among to better incorporate Mapuche culture into Chilean society. Moreover, in recent years Chile has seen a rise in ethnotourism in the south where it’s possible to visit traditional Mapuche ruka or traditional house, learn Mapudungun and better understand some of the principal beliefs of the Mapuche. 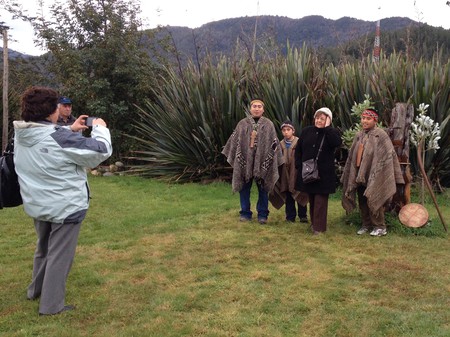 Mapuche Ethno-Tourism courtesy of Elizabeth Trovall
Give us feedback