Here's Why Brazilians Choose To Vacation In South Brazil 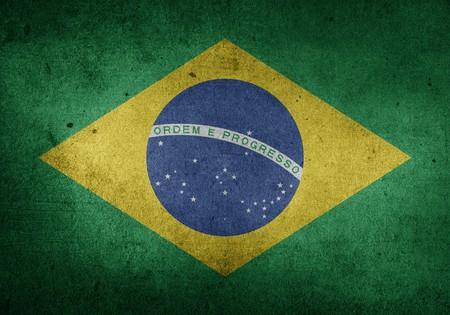 Brazil is commonly associated with the beauty of Rio de Janeiro, the wonders of the Amazon, the exotic beaches of the North-East and the business spirit of São Paulo. However, this is the fifth largest country in the world and there is much more on offer than one might expect. The country has a symbolic division of five regions: North, North-East, Center-West, South-East and South. The South is composed of three states: Paraná, Santa Catarina and Rio Grande do Sul. Here are the top reasons why the South region is so highly appreciated by most Brazilians.

A famous Brazilian song, written and performed by Brazilian music legend Jorge Ben Jor, goes, ‘I live in a tropical country, blessed by God and beautiful by nature.’ Although Brazilians are clearly proud of the country’s tropical weather, sunny and warm for most of the year, the South is certainly the place for those who enjoy comfy sweaters and hot cocoa. Curitiba, the capital of Paraná, is the coolest capital of the country, averaging 16 degrees Celsius throughout the year. Even when it is warm in Curitiba, it is a smart idea to bring a sweater because the nights are cold all year long. The state of Santa Catarina is the place most Brazilian tourists go to for snow without having to use their passports. The city of São Joaquim and several cities near the region report snow yearly. In Rio Grande do Sul it also snows, but not as often as Santa Catarina. In that state, people look for the famous Serra Gaúcha, an area with several cities where people can enjoy the cold, beautiful scenery and very good food such as fondue sequences and the most famous chocolate factories in the country, found at every other store in the unique city of Gramado. 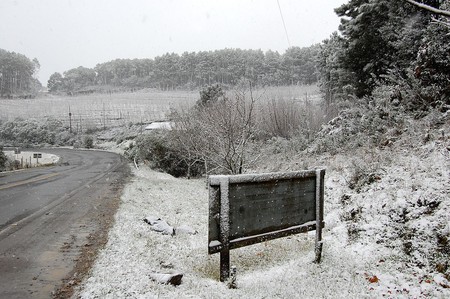 Brazil has historically been a welcoming place for immigrants from all places of the word, especially from Europe and Asia. Because of the similar climate, the South region became a good destination for Germans, Italians and Ukrainians. Most people that are born in the South are descendants from one of those countries. The influence of the European culture is widely explored in many aspects, such as the gastronomy and the architecture. Houses and buildings were constructed in a European style, using bricks or wood, with the roof in a gable style. This kind of architecture is rarely seen in the rest of the country and is attractive to Brazilians who like to feel as if they are visiting a part of Europe in their own country. Cities like Treze Tílias, Pomerode and Gramado put in a great effort to keep their traditions visible for anyone who visits. Yet, even without all the European influence, Southerners are very proud of their Latin roots, creating a unique mix of cultures.

The Food and Wine

Curitiba is known for its several different restaurants, commonly exploring Italian cuisine. The famous neighborhood of Santa Felicidade, or in English ‘Holy Happiness’, is home to several restaurants including the enormous Madalosso, which is considered by the Guinness World Records to be the second biggest restaurant in the world. During the winter, it is also common to find many places that serve soup buffets and fondue. It is also in the South, especially in the state of Rio Grande do Sul, that most of the Brazilian wine is produced. The combination of the land, climate and Italian colonization (which brought several farms that cultivate grapes) produces the best wine and grape juice in the country. Florianópolis is considered to have among the most exciting nightlife in the country, with bars for every taste. 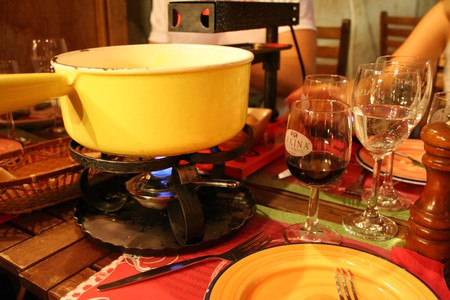 One of the main reasons foreign tourists come to Brazil is because of the beautiful beaches in the North-East and in Rio de Janeiro. The South is famous for its cold weather, however the coast also offers beautiful beaches and is a great option for those who want to stay away from the touristy places. Santa Catarina’s capital, Florianópolis, is one of the most visited cities in the country, a magical island with endless beauty and a wide variety of beaches to enjoy. Also in Santa Catarina, the city of Balneário do Camboriú is a fancy place to be, just ask Sharon Stone. In Paraná, an island named Ilha do Mel is the most attractive place to go in the summer. In addition, the city of Caiobá is the closest beach from Curitiba and is accessible through the lovely (yet a little dangerous) road Estrada da Graciosa, which runs through Morretes. From Caiobá, it is possible to take a ferryboat to São Francisco do Sul and enjoy a beautiful sight while the boat slowly floats through the calm water. 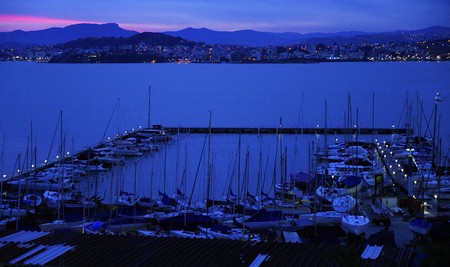 It is almost a crime to talk about the South of Brazil without mentioning one of the most beautiful places of the entire world: the Iguaçu Falls. Located in the state of Paraná, Brazil, Argentina and Paraguay share the falls at their borders, and it is a must-see for anyone who wants explore the South. Regardless of the season, the feeling of watching around 1,700 cubic meters of water per second descending a 60-plus-meter drop makes everyone who experiences it re-evaluate their relationship with nature; it’s pretty impossible not to be impressed. 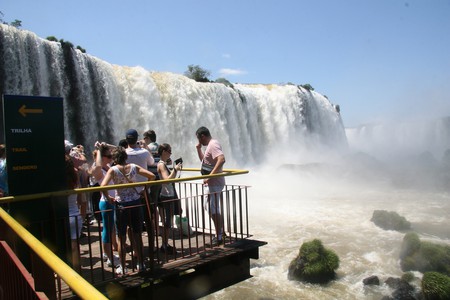 Foz do Iguaçu | © Jesús Corrius / Flickr
Give us feedback