These 8 Artists From Salvador Should Be on Your Radar 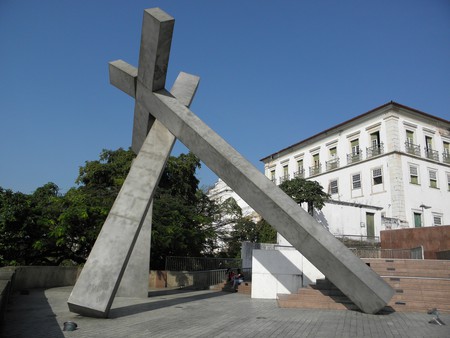 Since the 18th century, when artists were earning names for themselves decorating magnificent colonial churches, Salvador has maintained a strong visual and creative identity. It continues today with inspired and original art being made within the city’s walls and far beyond it. Turning their hands to a multitude of materials, the following eight artists are people whose work you need to know about.

José Joaquim da Rocha (c. 1737–1807) was a Brazilian artist who is thought to have been from Salvador, though details of his life are vague. He was an accomplished and respected artist whose paintings of church ceilings won him great recognition. He is credited with starting the Escola Baiana de Pintura (Bahia School of Painting) and inspiring a generation of artists that worked with him as apprentices. In 1772 or 1773, he undertook the painting of the ceiling of one of Salvador’s most famous churches, the Igreja de Nossa Senhora da Conceição da Praia. It was this work, an illusionistic depiction of the Glorification of the Immaculate Conception, that became one of Brazil’s great masterpieces and changed the fortunes of José Joaquim.

Another member of the Bahia School of Painting, it is likely that painter Antônio Joaquim Franco Velasco (1780–1833) was taught by da Rocha, though his style was quite different. Velasco employed neoclassical, rococo and perspectivist ways of painting, earning recognition for his panels of the Passion of the Christ and the ceiling in Savlador’s Nosso Senhor do Bonfim church. He also became well known for painting portraits, including one of Dom Pedro I, Brazil’s first emperor. 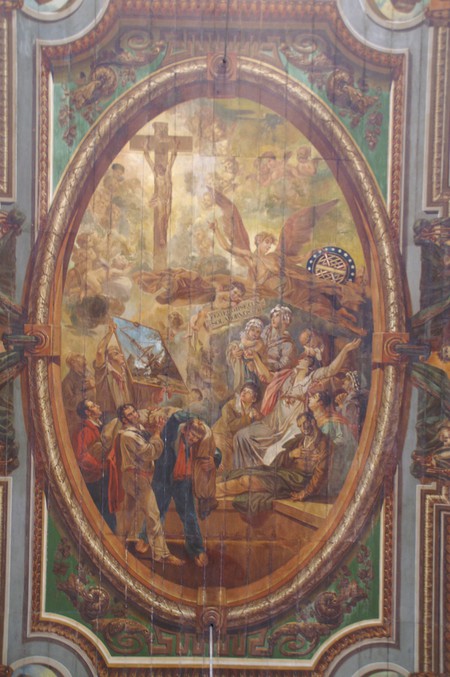 Nide Bacelar was born in the town of Aiquar in Bahia in 1927. She went onto study fine art in Salvador, becoming a renowned artist of Bahian folklore, often depicting local women, fisherman and nature in her pictures. She has studied all over the country, from Brasília to Rio, but has always returned to the same familiar themes, developing her own style while staying loyal to the state’s distinctive colours and forms of traditional art. She has won many awards, and has taught extensively and exhibited in Brazil and abroad.

Héctor Julio Páride Bernabó (1911–1997) was a prolific artist who made his home in Salvador. His family were originally from Argentina, but they moved around, settling in Rio de Janeiro when he was a small child. It was at Scout group there that he was given the nickname of a small Amazonian fish, Carybé, which became his working name. He produced over 5,000 works during his life, including pottery, sculpture and engraving, as well as painting. He illustrated too, including books by Gabriel Gárcia Márquez and Jorge Amado, and made murals, two of which were done for the walls of JFK Airport, but can now be seen in Miami International Airport. 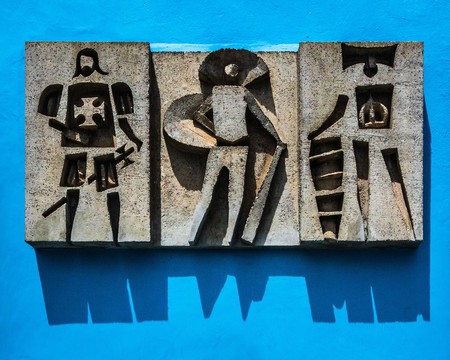 As one of Brazil’s best-known sculptors and a son of Salvador, Mario Cravo’s work is all around the city. The Fonte da Rampa do Mercado, an enormous fibreglass fountain of interlocking forms, is just by the Mercado Modelo. The leaning beams of Cruz Caída, made in memory of a fallen cathedral, sits in Praça Sé in the Pelourinho, and Orixás, depicting three Candomblé gods, is in Pituba. Cravo has travelled, studied and exhibited all over the world, but his work has always been concerned with Brazil’s people, traditions, customs and myths.

Working from Salvador’s heart, the Pelourinho, Menelaw Sete (otherwise known as Jorge do Nascimento Ramos) has the city’s blood running through his veins. He is Brazilian but loves Africa, and his inspiration is drawn from European masters such as Picasso and Matisse. He paints with vigour and colour and happiness, examining themes of love that take in family and festivities, music, sex and motherhood. Having exhibited all over the world, Menelaw Sete showed his work most recently in Italy, as part of a celebration of 25 years of his work.

Pierre Verger (1902–1996) is another remarkable artist to be adopted into Bahia’s creative and cultural history, although he was born in France. His work and his intellectual interests took him all over the country and to Africa, where his intense fascination with the Yoruba roots of the Candomblé religion deepened. His black and white photos are some of the most recognised and sought after of Salvador and rightly so: they capture the lives of black Brazilians at a time when many overlooked them.

Born in Salvador in 1944, Tati Moreno’s intricate statues and sculptures are directly related to the city’s African heritage. He makes figures from clay, plaster and polyester resin, among other materials, of the gods and deities found in Candomblé, a religion that was brought to Brazil by slaves from West Africa. His work has travelled all over the world, though some of his figures, or orixás, have a permanent home in the middle of Salvador’s lake Dique do Tororó, where they surround a water fountain.