The Ultimate Guide to Discovering the Lençois Maranhenses National Park 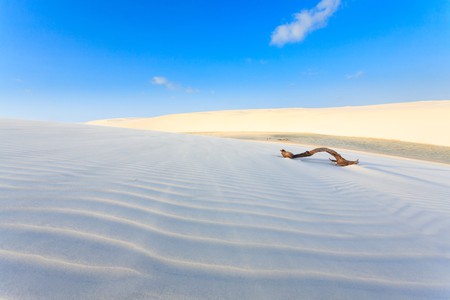 Lençois Maranhenses National Park is a vast area of undulating, swept sand dunes between which rainwater lakes form at certain times of the year. The result is midnight blue lakes offset by brilliant white dunes, and the option to explore them on foot, on four legs or on wheels. If you can carve out the time to travel to the north-east and spend a few days exploring here, do. You won’t regret it.

Abutting the Atlantic in a wild and remote part of the coast in Maranhão state in the north of Brazil is Lençois Maranhenses National Park. The name means “bedsheets” in Portuguese because of the spectacular landscape that is created by miles of rolling, smooth clean sand dunes. It is far lesser known – and visited – than Brazil’s other big natural wonder, Iguaçú falls, yet it is in many ways more dramatic and extraordinary. 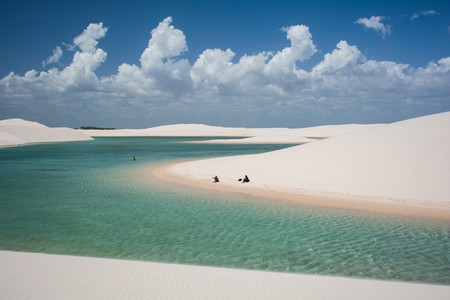 The best way to reach the park is to get to São Luís, a former colonial city about four hours from Lençois Maranhenses. Flights from all over the county land regularly and once in the city, almost every pousada, hotel or hostel will be able to arrange a transfer for you. Buses do the rounds picking up tourists from their accommodation around 7am each morning.

The park itself encompasses 70km of the coast, stretching 50km inland. There are three main points of entry. Barreirinhas is the most sophisticated, having sprung up to cater to the visitors that flock to Lençois. The town has a decent selection of all standards of accommodation, and from here it is easy to organise almost every kind of tour into the park, plus it is on the Rio Preguicas, a river named after sloths, which is good for paddle-boarding, kayaking and exploring the mangrove swamps. There is a good selection of (mostly Brazilian) restaurants and a few bars. 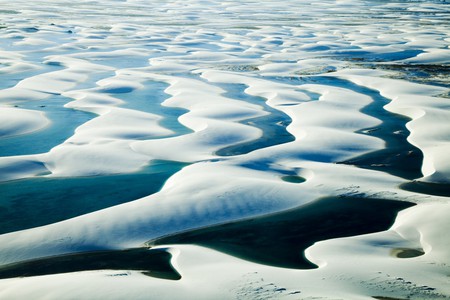 Both Santo Amaro and Atins, which are on opposite sides of the park from each other are far less developed, more simple and rather quiet. Atins only recently got a reliable electricity supply which has caused a few pousadas and restaurants to spring up but it remains resolutely rustic (for the moment) with deep sand paths for streets and virtually no light at night. Kiteboarders make the most of the empty sea by day and prop up Bar.co, a sunken ship-turned-bar, by night.

The easiest (and cheapest) way to visit the park is to join a tour on a 4×4. Specially adapted trucks carry passengers on the back under a canopy, leaving with groups of up to ten each morning and evening. They take pre-arranged routes, usually stopping by the fullest lakes at that time of year and often including a meal at a restaurants on the way into the park. 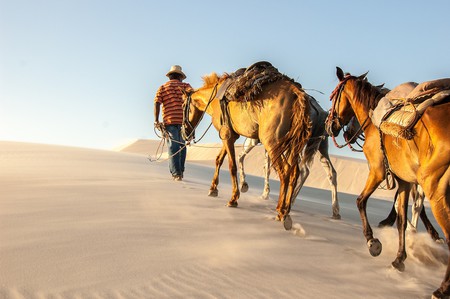 For a more personal itinerary, a longer route or to go to the lesser visited parts of the park is it worth pursuing other modes of transport. You can hire horses or quadbikes and set out with a guide to go where you please. Or, when the weather is cooler in June, July and August, certain guides lead walks from Santo Amaro to Atins or the other way around all the way across the park, camping at night. To avoid the heat of the day walking begins before dawn by moonlight.

For all its beauty the park is a pretty harsh environment. The dunes form because of the strong winds that whip up out to sea in October and November and it blows fairly constantly year round. The rainfall averages close to 50 inches a year falling mainly between January and June and the sun beats down the rest of the time. The best time to go is between June and September when the lakes are full and plentiful and the sun is less intense. By October the wind has picked up and there are far fewer lakes to visit. 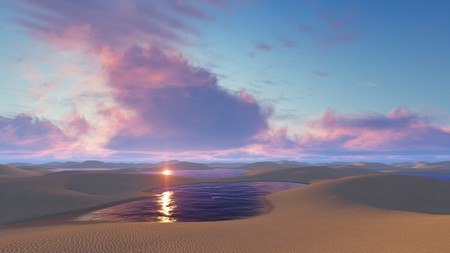 Before you go into the park, pack suncream and water, a hat and sunglasses. The sand underfoot changes from fine and slippery to hard and crunchy so though walking boots or trainers are a good choice sometimes it is easier to walk barefoot. And don’t forget your swimming costume. After trekking across the sand there is nothing quite like stripping off, careering down a dune and throwing yourself into the cool clear water. It really is an exceptional experience.