The 8 Must-See Museums In Brazil 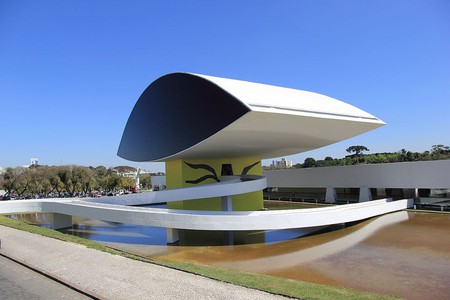 As the largest country in Latin America, Brazil is home to a complex social history. From the colonization of the Portuguese to the arrival of African heritage from the decades of slavery; the nation’s rich diversity is portrayed through its many museums and art galleries preserving Brazil’s past and present. Culture Trip explores some of the country’s top museums. 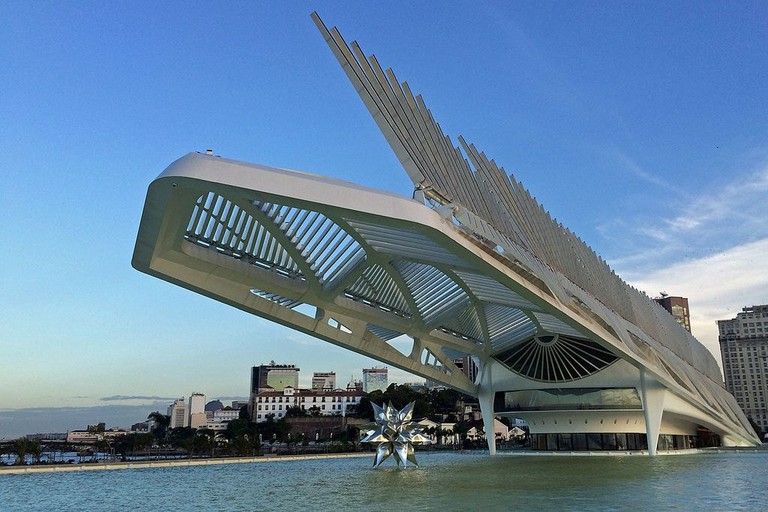 © Mariordo (Mario Roberto Durán Ortiz) / WikiCommons
Since it inauguration before the 2016 Summer Olympics, the Museum of Tomorrow has become Rio de Janeiro‘s single most visited attraction. An icon of the recently renovated Praça Mauá, this building’s striking, other-worldly appearance was designed by the Neo-futuristic Spanish architect, Santiago Calatrava. As a science museum, the Museum of Tomorrow explores issues of sustainability and climate change, and predicts future scenarios of our planet based on environmental, social and economic implications. The interactive displays and focus on vibrant imagery make this museum a dynamic and fun tour.
Open In Google Maps
1 Praça Mauá, Centro Rio de Janeiro, 20081-240, Brazil
Visit Website
Give us feedback 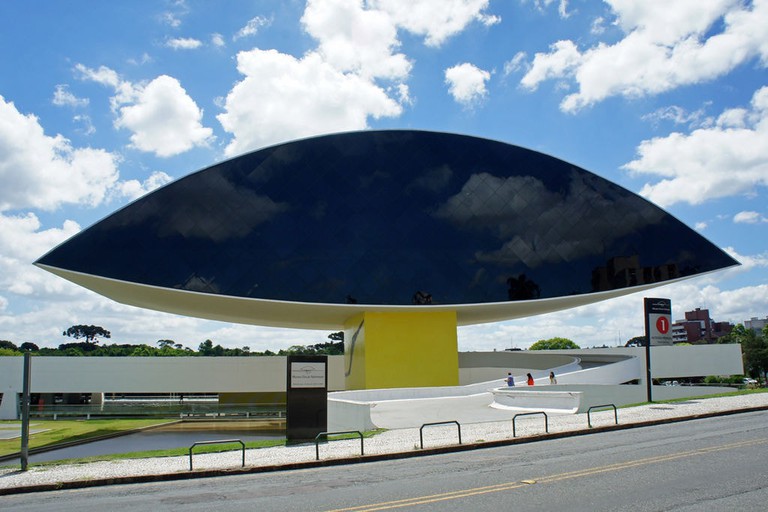 The distinctive Niemeyer's Eye at the front of the Oscar Niemeyer Museum in Curitiba | © Mariordo (Mario Roberto Durán Ortiz) / WikiCommons
Oscar Niemeyer is Brazil’s most famous architect. Although most of his works feature in Brasilia, the museum itself is based in Curitiba, South Brazil. Niemeyer designed the museum himself, and showcases his trademark modernist style with curved features. The museum has a series of rotating exhibitions that display both Brazilian and international artists, as well as a permanent exhibit of Niemeyer’s best work.
Open In Google Maps
999 Rua Marechal Hermes, Centro Cívico Paraná, 80530-230, Brazil
+554133504400
Visit Website
Give us feedback

With a prime location on Sao Paulo’s reputable business hub, Avenida Paulista, MASP doesn’t have to try hard to stand out from its surroundings. A large red, box-like structure balances on large pillars and is a notable example of modernist architecture. Designed by Lina Bo Bardi and completed in 1968, this stylized museum contains the most important collection of Western art in Latin America. 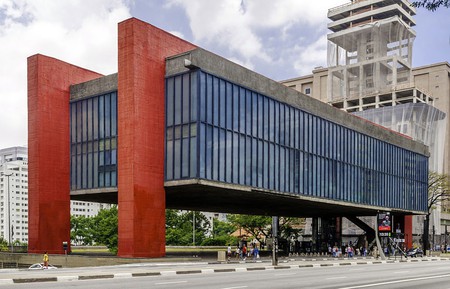 Set within historical landscapes of the charming Ouro Preto, the Oratory Museum contains a collection of Catholic oratories that dates between the 12th and 17th century. Displayed inside a three-story historic mansion, the entire museum is dedicated to religious artifacts. However, even those who aren’t religious will appreciate the extraordinary level of care and detail that went into the creation of each artifact.

Founded in 1905, the Pinacoteca do Estado de Sao Paulo is the oldest museum in Sao Paulo, and one of the most important museums in Brazil. It is located within a historic building designed by Ramos de Azevedo and Domiziano Rossi. After its renovation in the ’90s by Paulo Mendes da Rocha, this museum became a dynamic culture center offering various cultural events, as well as an ode to some of Brazil’s most important art exhibits. Housing one of the largest collection of 19th century Brazilian paintings, the Pinacoteca do Estado de Sao Paulo also has an important range of modernist art that’s worth a visit. 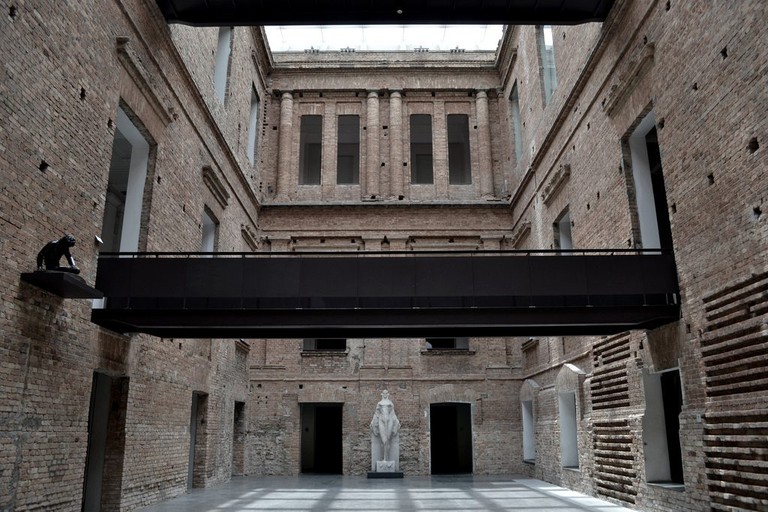 The historic City of Salvador is residence to the Museum of Sacred Art, an art gallery situated amid the former Convent of Santa Teresa of Avila. This museum was founded to protect and preserve the Luso-Brazilian sacred art. Today it contains rare ivory, gold and silver pieces, not to mention a collection of 18th century paintings that reflect the dynamics of Salvador, with their vibrant colors and bold shapes.

Located 60 kilometers outside of Belo Horizonte, Inhotim is one of Brazil’s most talked about and fascinating art galleries. The museum’s founder is Bernardo Paz, who bought the land in the ’80s when developers threatened to destroy the natural landscapes surrounding his farmhouse. Paz asked Brazilian landscaper Roberto Burle Marx to transform the land into a Botanical Garden before allowing some of the world’s best artists to construct enormous works of art here. Nowadays, there are more than 500 pieces of artwork to admire, including such highlights as Sonic Pavilion by Doug Aitken. This 200-meter sound installation/well features a microphone at the bottom, and echoes sounds of the earth to anyone who visits. 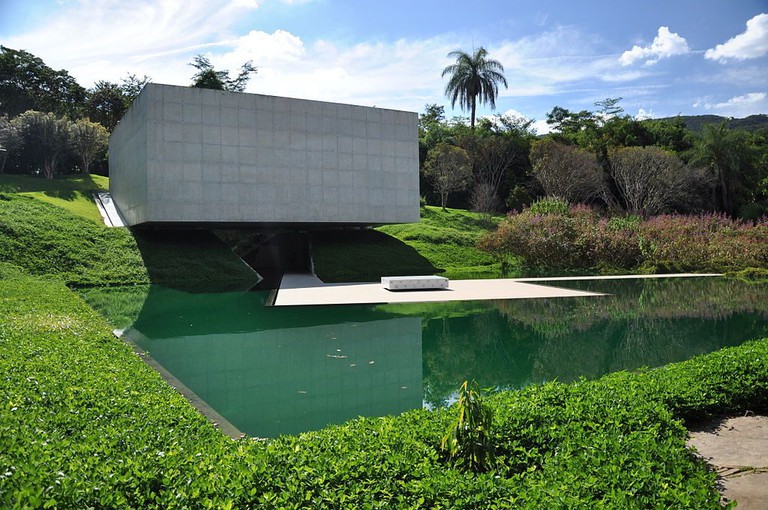 The Art Museum of Belem – often shortened to MABE – is located within the Palacio Antonio Lemos, and is sometimes called The Blue Palace. The building was constructed between 1868 and 1883 and is known for its eye-catching Neo-classical exterior, period furnishings and decorative interior which reflects the era of Brazil’s wealthy rubber industry boom. The Art Museum contains a long line of important art collections including over 1,000 paintings, sculptures, drawings, prints, books and photographs.