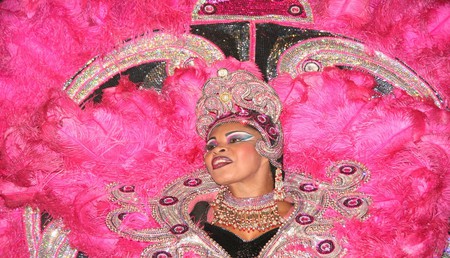 Think Brazil, think samba. Few countries have such a representative music genre, yet Brazil is one of them. Samba is linked to the Carnival parades and dancing, yet to Brazilians, it’s so much more; it’s a genre that provokes both euphoria and nostalgia at the same time and is an important part of the culture. Go behind the scenes of Brazil by adding these 15 samba tracks to your playlist now.

Zé Kéti – A Voz do Morro

Zé Kéti – born José Flores de Jesus – started to perform in the 1940s with the samba school Portela. His career kicked off in 1955 with ‘A Voz do Morro’, a song that became his most famous one. The term ‘morro’ is another word for ‘favela’, and the title of the song translates to ‘The Voice of the Favela’.

Gal Costa is a well-known Brazilian singer. An introduction to Caetano Veloso when she was 18 years old helped shape her career in MPB (Brazilian Popular Music) and tropicalia, two famous genres in Brazil that were born in the late 60s. This song – ‘Aquarela do Brasil’ – is one of Costa’s famous samba tracks.

Cartola – born Angenor de Oliveira – was a Brazilian singer, songwriter, musician, and poet. He is considered by many musicians and critics to have been one of Brazil’s best and most successful samba musicians. He was born and grew up in Rio de Janeiro. ‘As Rosa Não Falam’ is one of his most popular songs.

Toninho Geraes, born in Belo Horizonte, is a famous Brazilian samba singer and songwriter. Geraes has recorded more than 250 tracks, and ‘Alma Boemia’ is one of his most popular and well-known songs.

Demônios da Garoa – initially ‘Grupo do Luar’ before a change of name in the early 1940s – is a Brazilian band from Sao Paulo that has been around for over 70 years. The group has sold millions of copies of their music throughout the decades, yet their song ‘Trem das Onze’ remains one of their most emblematic.

Beth Carvalho – born Elizabeth Santos Leal de Carvalho – is a Brazilian samba singer, composer, and musician. She is celebrated as one of the most important samba artists in history, helping to put the spotlight on other legendary samba artists such as Cartola, Nelson Cavaquinho, and Guilherme de Brito. She is also known for being behind the movement of modernising samba in the 80s while shunning pop trends by carefully preserving sambas traditions.

Bezerra da Silva was a Brazilian samba musician and singer. As well as being a great artist in his own right, he was also known for giving potential artists from poor or criminal backgrounds an opportunity in music by recording samba tracks with them. Due to this, some people sometimes referred to his work as sambandido – a mix of samba and bandido (the word for ‘criminal’ in Portuguese) – which was a term he didn’t appreciate.

Dona Ivone Lara was a nurse by profession, having graduated in nursing and working as a social worker until she retired. In between, she composed several samba songs as well as performed during the Carnival parades. After she retired, she threw herself into her music career and still gives live performances today. Many well-known artists have interpreted her songs, such as Caetano Veloso, Gilberto Gil, Beth Carvalho, and Clara Nunes.

Appearing in the samba scene in Rio de Janeiro at the end of the 1970s, Grupo Fundo de Quintal is a famous samba group from Brazil. It once had the celebrated Arlindo Cruz as a member before Cruz left the band to embark on his own successful solo career.

Elza Soares is a famous female samba artist. She was declared the ‘Brazilian Singer of the Millennium’ in 1999, a title awarded to her by the BBC Radio. In addition to her incredible repertoire of music, she is also famous for her outgoing personality and edgy style. ‘Malandro’ is one her most well-known samba tracks.

One of the most well-known active samba musicians, Arlindo Cruz is a Brazilian musician, composer, and singer, famous for his contributions in samba and pagode. Now a famous and highly successful solo artist, he was once a member of the Grupo Fundo de Quintal before he left in 1993.

Dona Ivone Lara has many successful samba tracks. ‘Sorriso Negro’ – translating to ‘black smile’, in reference to skin colour – is one of her most famous and well-known songs in Brazil. It is a popular track played during Rio de Janeiro’s Carnival.

Almir Guineto is a successful Brazilian musician in both samba and pagode. Before embarking on his solo career, he was also the director of Salgueiro (a famous samba school in Rio de Janeiro), one of the founders of the samba group Fundo de Quintal, and also played an important role in the samba group Originais do Samba for over 10 years. His song ‘Insensato Destino’ is one of his most famous solo songs.

Reinaldo is a famous Brazilian musician known for his contributions to both samba and pagode. ‘Retrato Cantado de um Amor’ is one of his most famous samba songs and a popular track during the Carnival in Rio de Janeiro.

Carvalho continues to release CDs and DVDs even now and has many tracks in both samba and pagode. Her career has spanned for over 40 years already, and she doesn’t seem to be slowing down. She is recognised as an important icon in Brazilian samba culture. ‘Ainda é Tempo Pra Ser Feliz’ (There is Still Time to be Happy) is one of her most popular samba tracks.