The Top 10 Things to See and Do in Piaui, Brazil 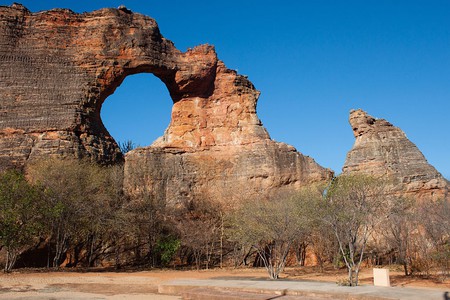 Landlocked except for a slice of stunning coastline, Piaui is a state in the north of Brazil. The remote spot rarely sees tourists, yet there’s so much to experience: national parks, a river delta home to birdlife, unique local cuisine, and idyllic beaches. Here are the top things to do and see in Piaui.

The lesser-explored Serra da Capivara National Park offers miles upon miles of unusual rock formations and rock paintings dating back to the earliest evidence of our ancestors settling in South America. It’s located in the south of Piaui which is made up of two landscapes – the Sertão, which tends to be a dry, tropical region, and the fertile Amazonian region that thrives outwards to the west of Brazil – and is difficult to get to, given lack of local transport.

Known as the ‘Switzerland of Piaui‘ – for its cooler temperatures rather than its appearance – Pedro II is a small town in the center of the state and is famous for opals. There are few regions in the world that produce opals – Australia has the significant share with 95% of all opal production, yet Piaui is one of the few states in Brazil that also produces them, and they are mined by hand. Visitors can take guided tours of the mines (not official tours but you can ask at an opal store who can recommend a local guide) and purchase opal jewelry from local vendors.

The capital city of Piaui is hot all year round, with very little difference between the winter and summer heat, and is also subjected to intense tropical storms, with one of the highest concentrations of lightning in the world. Despite not being a city built for tourists, it’s a great place to experience local culture and there are some points of interest, including the Karnak Palace, gardens designed by Roberto Burle Marx (a famous Brazilian architect), and a few picturesque river banks. 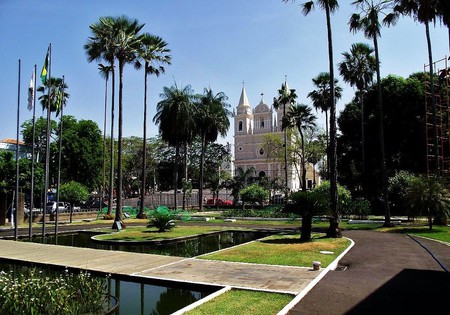 Unlike the major cities in the south of the countries, such as São Paulo and Rio de Janeiro, the state of Piaui has had little to no modern international influence, and its regional dishes are made up of locally-sourced ingredients and created according to long-standing traditions. Try the fresh crab dishes on the coastline, which is one of the country’s biggest crab meat-producing regions. Other popular cuisine includes the staple rice and beans with carne de sol, which is beef dried in the sun. Cashew nut trees grow in an abundance in the region are cashews are eaten as fruits, made into alcohol, or into sweets.

The Sete Cidades National Park is more accessible than the Serra da Capivara National Park, and is known for its unique rock formations and evidence of prehistoric human settlements. Two guesthouses provide accommodation in the area – one inside the park and the other just outside – and you can find a local guide at the visitor center. Getting around the park is best done by cycling, walking, or by car; just remember it will be hot no matter what time of year you go. 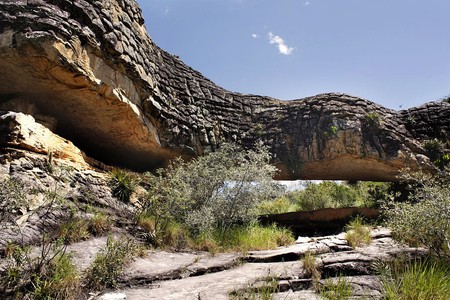 Along Piaui’s small coastline in the north is the Praia do Coqueiro beach which is classically paradisiacal – white sand lined by tall palm trees and edged by a crystal clear sea with warm waters. The small beachside village that surrounds the beach offers basic accommodation options, and simple restaurants that serve fresh fish and regional foods. The small waves and strong winds all year round make it a popular kitesurfing spot. 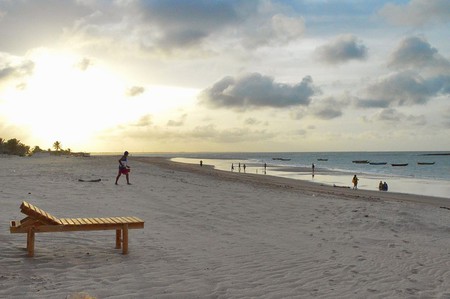 The Ilha do Cajú island – the island of the cashew – is geographically in the neighboring state of Maranhão, however, it is only accessible by boat from Parnaíba in Piaui. The remote island has just one guesthouse and so accommodation has to be booked in advance. Expect to see plenty of mangrove swamps, wildlife, and birds on the boat trip there and fantastic hiking opportunities on the island itself which is, except for the small guesthouse and neighboring restaurant, is deserted.

The second most populous city in Piaui, Parnaíba is remotely located yet worth the detour there. Nearby is the river delta where exotic vegetation and wildlife flourish. It’s especially known to be a haven for birds who thrive in the sandy banks and mangroves that characterize the area. It’s possible to take day trips from Parnaíba to the river delta. 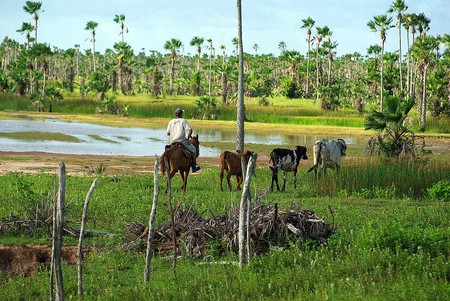 Parnaiba in Piaui is made up of remote, rural landscapes | © Otávio Nogueira from Fortaleza, BR / WikiCommons

Translating to the ‘Mountain Range of Confusion’, this spot gets its name from the rocks that seemingly change color during the day. The landscape is made up of incredible rocky peaks, hidden caves, and thick vegetation and is home to hundreds of species of plants and animals. 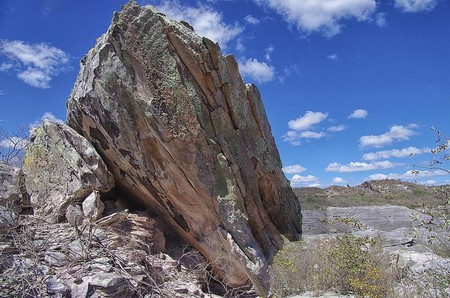 For a beach that takes you away from the urban centers and gives you a few tranquil days off the grid, head to Barra Grande beach. The small fishermen’s village has basic bed and breakfasts to accommodate the few guests that go there, and the untouched beaches provide a peaceful setting for days of sunbathing and swimming in warm water without another soul in sight. The nightlife consists of a homemade caipirinha with the locals on a couple of plastic chairs outside a tiny, family-owned bar.