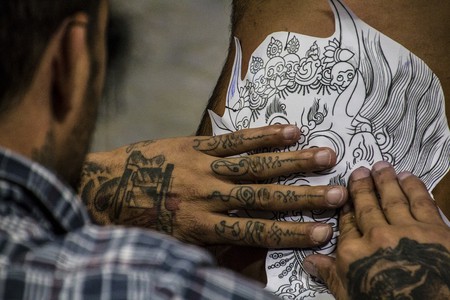 Statistics surrounding domestic abuse are shocking – more than 10 million American men and women will experience violence perpetuated by their partner. The New York Times claims that more people are killed each year in domestic abuse situations than by terrorism in the States. So why don’t we hear politicians addressing issues like these with more urgency?

Fortunately, there are many charities and organizations out there who help people impacted by these situations, and carry out important work such as providing safe spaces, counseling and medical aid. A lesser known movement in support of those who experience domestic abuse is one led by tattoo artists, which consists of them offering tattoos to survivors of domestic abuse for free.

This is a worldwide initiative with artists from Russia, Brazil and the States offering to cover up the scars sustained from these harrowing experiences with beautiful body art. Having inked skin may not be of interest to everyone who’s experienced an abusive relationship, but tattooists feel like they should help in any way they can. Tattoos allow people to reappropriate their scars – they can cover the physical reminders of trauma with art that is meaningful to them. Rather than being seen as victims with lasting marks on their bodies, people are given a different story to tell – one of strength and survival. 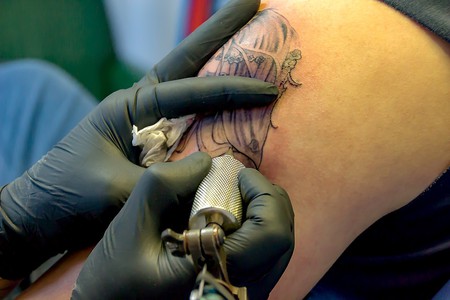 Flavia Carvalho is a Brazil based artist who has been tattooing survivors for around four years. Working in Curitiba, she started a project called A Pele da For (the skin of the flower) where she offers to cover up scars resulting from domestic violence situations, and mastectomies, for free. It started with a client who had been attacked with a blade in a nightclub for refusing the advances of a stranger. The client had the scar on her abdomen covered with one of Carvalho’s designs – this gave her the idea to help out survivors of domestic abuse by offering the same service, but for free. Her designs are generally vibrant and popping with color; they are the antithesis to the dark experiences her clients have gone through.

Brian Finn is a male tattoo artist who tattoos scars resulting from domestic abuse, human trafficking and self-harm, for free. Finn, based in Ohio, began offering his service back in 2015. He didn’t start the movement, but realised its need when several of his clients came to him unable to afford to have their scars covered. Tattoos can often be an expensive investment, especially from well-known, popular artists. Finn offering his services for free is an important gesture to his community as people can often emerge from these situations with very little financial security. If they see tattoos as a step on the road to recovery, Finn’s talent is an essential aid.

My crystal ball wasn't working when I asked it if I'd post a photo of me doing silhouettes of birds. Not the first time I've done these, but it is a first when it comes to covering self harm scars with them. Each of these fine specimens of aviation were hand drawn to fit and cover the healed scars with a minimal amount of actual tattooing. #selfharm #silhouette #tattoo #coverup #flockofseagulls

Across the Atlantic, there is a tattoo artist in the Russian city of Ufa, east of Moscow, who offers the same support. She had the idea last year after hearing about similar projects and to date has tattooed over 1000 women with mostly flowers and butterflies. She offers not only a free tattoo, but also a supportive ear by listening to people’s difficult stories. Scars of violence are thus turned into beautiful artworks and survivors are able to talk about the new design on their skin, rather than the story which preceded it. Due to overwhelming popularity and mindful of her own well-being, Yevgeniya Zakhar has had to cut down her offer from several days a week to just one.