The Best Towns to Visit in Rio Grande do Sul, Brazil

The southernmost state in Brazil is often untouched by those who fly into the country’s hubs of Rio de Janeiro and São Paulo, and often passed through by those on their way to or from Uruguay. This results in a large area that hasn’t yet felt the strangle of global tourism. The attractions within its borders are only frequented by locals—and a golden rule of travel is to go where the locals go. Take your time in Rio Grande do Sul and enjoy some of the great towns this state has to offer you.

Step out of stereotypical Brazil and into a gingerbread town that is one of the country’s most aesthetically perfect places. Here, the world seems right, even on a rainy day, as you won’t find many places cozier than Gramado. This German town has perfectly manicured gardens, gorgeous cathedrals, clean streets, and so much greenery woven through every open crevice, it’s an absolute delight to visit. 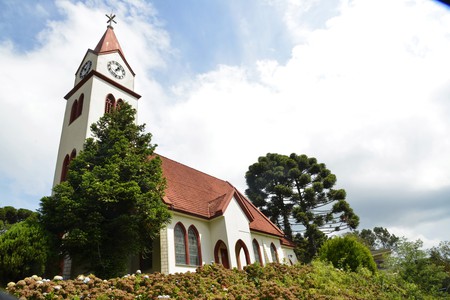 One of the main ingredients in gingerbread is cinnamon and to solidify the gingerbread theory a little further is Gramados’ neighboring town, called, quite literally, Cinnamon. Canela is more residential and more “real” than the touristy Gramado; a gorgeous, quaint and relaxing town that surrounds the impressive Our Lady of Lourdes Cathedral. Outside the center lies the amazing jungle waterfall, Cascatas do Caracol. 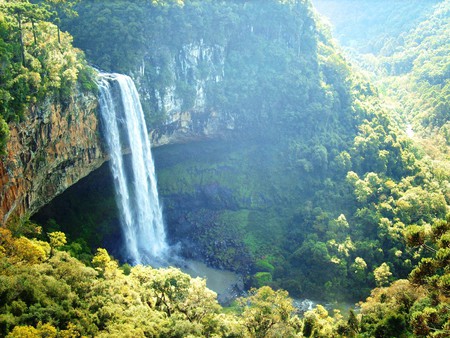 The town of Bento Gonçalves is nestled in the lush northeast corner of Rio Grande do Sul and is home to some terrific eco-tourism. Here you can go rafting, hiking, paragliding, you can even go bungee-jumping off trees. A great place to get the adrenaline pumping in the morning, with the slow-moving city bringing it back down in the afternoon.

A town that originated as a Jesuit Reduction, the town of São Miguel das Missões remains a very small, historic town, famous for the ruins that lie in its very center. The mission was built between the late-1730s and early-1740s to convert the indigenous locals into Christians, as well as to protect them from the Bandeirantes, who were Portuguese slave traders. Cobblestone roads as old as the ruins connect the town, which is lined with the green grass and swaying trees of the Rio Grande do Sul countryside. 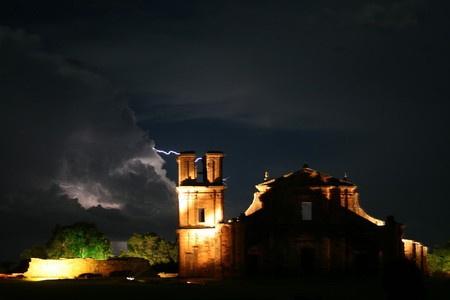 Even though Torres is the top choice when it comes to beaches in Rio Grande do Sul, many people from the state head to Santa Catarina to soak up some sun, which leaves Torres still flying under the radar. Possibly the most beautiful part of the Rio Grande do Sul coast is Guarita Beach, as is the bluff just south of the town. Here, two beaches are separated by a flat-topped bluff that seems to pop out of nowhere, but acts as a perfect pedestal to get a terrific photo of the coast, both north and south. 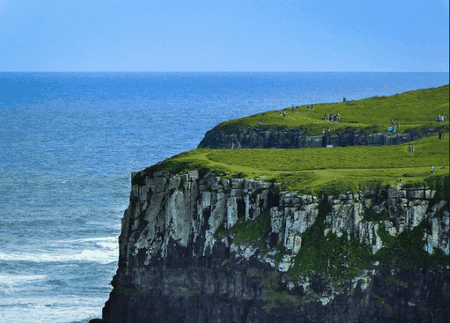 Bearing the same name as the state, the city of Rio Grande is one of Rio Grande do Sul’s oldest and most historic. In fact, it served as the state capital, until that was moved to the metropolis of Porto Alegre. The city has great art and history museums, while also worth visiting is the little island of Ilha dos Marinheiros, a beautiful chunk of nature in the inlet that surrounds the city, just across from the city center.

Visit the beautiful countryside Rio Grande do Sul has to offer and in the shallow valley west of Bento Gonçalves you’ll encounter the peaceful town of Muçum. On the banks of the Taquari River, Muçum is surrounded by both nature and history. From the main, yet petite, cathedral just up the hillside, you’ll get a view that gives you a great appreciation of both.