The Best Museums to Visit in São Paulo 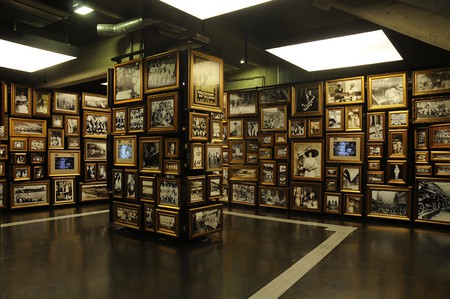 Courtesy of Museu do Futebol

Although best known for being Brazil’s financial capital, São Paulo is also rich in art and culture. Here you can find some of the best museums in the country, with renowned collections comparable to other great cultural centers, such as New York and Paris. Read our guide to the top museums in São Paulo. 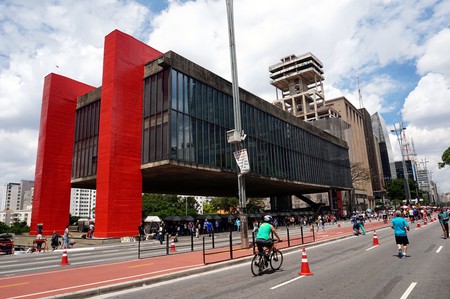 The São Paulo Art Museum, or simply MASP, is the flagship of the city’s museums. The four red concrete pillars on which the museum sits create a landmark on São Paulo’s most famous street, Avenida Paulista. Founded in 1947, MASP was the first modern museum in the country. Today it brings together more than 10,000 works, including paintings, sculptures, objects, photographs and clothing from various periods, covering the European, African, Asian and American continents. On the second floor, visitors can take a peek at Lina Bo Bardi’s controversial crystal easels. Bardi created the easels back in 1968 shaking up the Brazilian art community with this radical design statement. In 1996 the easels were removed, but returned in 2015 to hold paintings of, Rembrandt, Cézanne, Renoir, Manet, Matisse, Volpi and Portinari, as well as contemporary, modern artists. 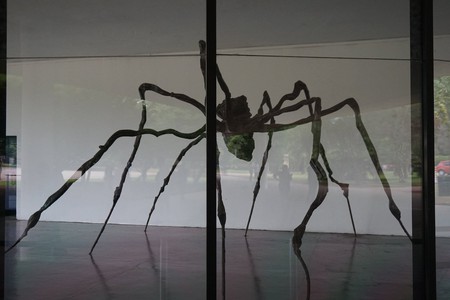 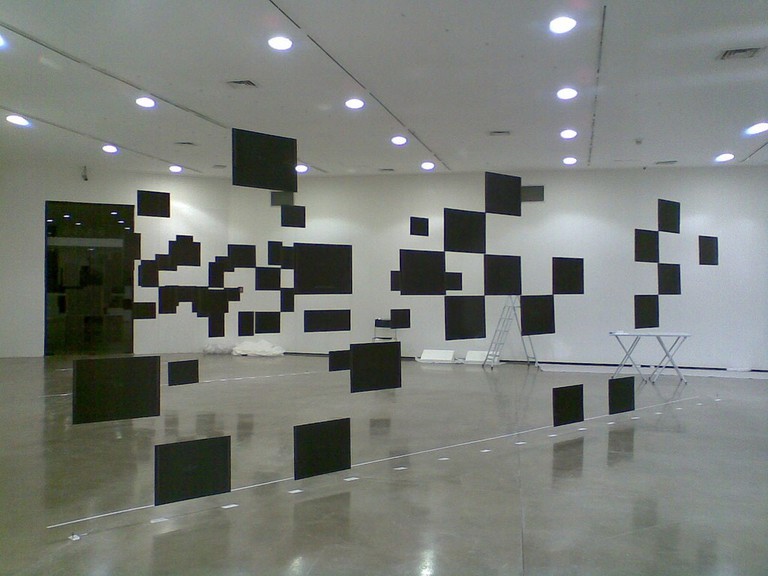 Artwork in the Museum of Modern Art in São Paulo | © vcheregati / WikiCommons
São Paulo’s Modern Art Museum (MAM) was founded in 1948 and is one of the oldest modern art museums in Latin America. Its collection has more than 5,000 works produced by the biggest names in Brazilian modern and contemporary art. Nestled among the trees and vegetation of the Ibirapuera Park the museum’s entrance welcomes visitors with colorful scenes created by the graffiti artists OSGEMEOS. Inside you can see one of the seven versions of Maman, a gigantic bronze spider, the work of artist Louise Bourgeois. The surroundings of the museum are remarkable in themselves. The sculpture garden was designed by famous Brazilian landscape architect Roberto Burle Marx and houses 30 sculptures in an area of 6,000 square meters.

The Museum of Image and Sound of São Paulo, or simply MIS was inaugurated in 1970 and has more than 200,000 items. It is a mix of what is most relevant and current including photographs, films, videos and posters. In addition to regular exhibitions and film showings, the museum has played host to world-class shows such as the career and productions of Stanley Kubrick (2013) and a retrospective on the life and music of David Bowie, which attracted hundreds of thousands of visitors. The museum also offers the monthly program Cinematographo, which features mute movie projections with live music accompaniment. 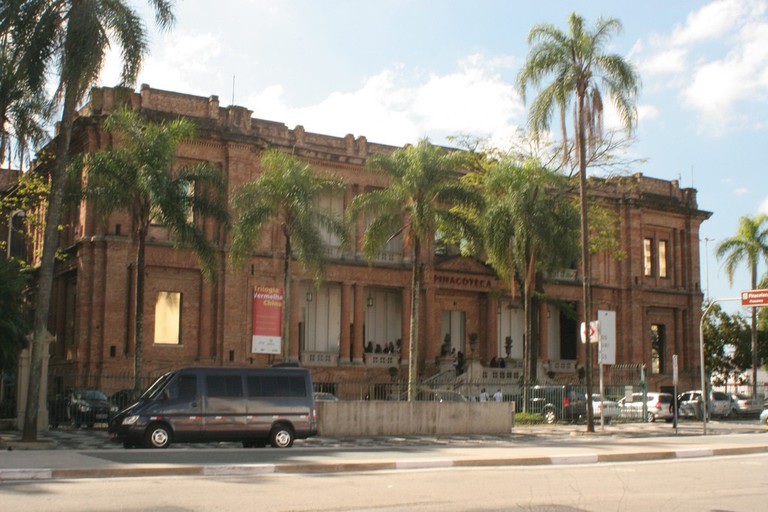 Inaugurated in 1905, the Pinacoteca of the State of São Paulo is the oldest art museum in the city and state. The collection today has around 9,000 works, from artists like Anita Malfatti, Bourdelle and Rodin. The first floor of the building is reserved for temporary exhibitions while the second floor holds the museum’s permanent collection. The Pinacoteca has two buildings nearby to each other. The first is the main museum building itself with works by famous artists and temporary exhibitions. The second is in the building that was once the São Paulo state’s infamous Department for Political and Social Order. A place where interrogations and reported tortures of ‘enemies of the state’ were conducted during the country’s military dictatorship. The building now houses a memorial to the resistance movement and the political repression of that time. 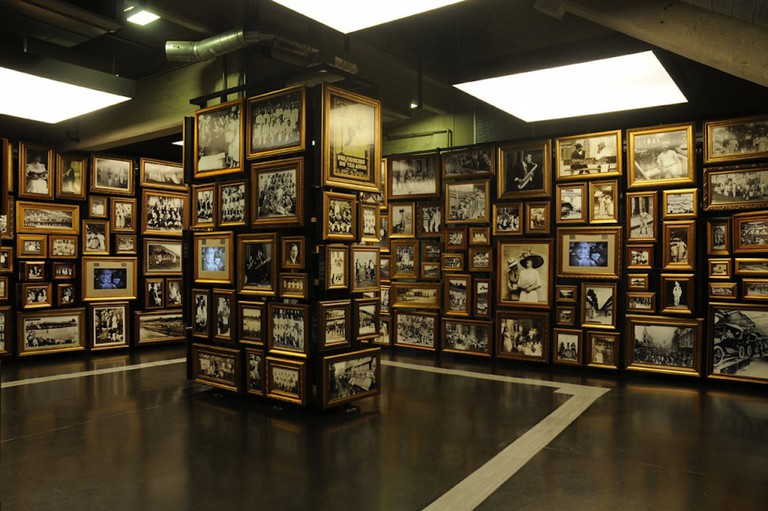 Die-hard football (soccer) fans visiting São Paulo can gain an insight into Brazilian passion for the sport at the Museu do Futebol, located at the entrance of the Pacaembu Stadium. The museum shows the history of football, Brazilian football legends and the World Cup since its beginning in 1930. It has old movie clips and radio transmissions from famous football games, interviews with football personalities in Brazil and an entire room dedicated to Brazil’s football ‘king’ Pele. Another favorite is a screening room where visitors can see the final moments of the 1950 World Cup final when Uruguay beat Brazil 2-1 in the final minutes of the second half, silence overtook the stadium the moment Uruguay scored the winning goal. 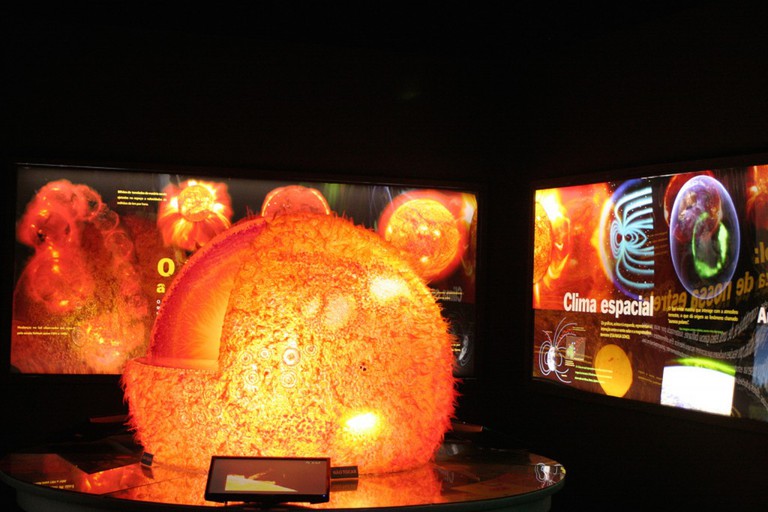 Created to be an interactive space presenting science in an exciting way for children and adults, the Catavento Museum is one of the most visited museums in the city. Here visitors can touch a real meteorite, get to know the human body from the inside, understand how an energy generator works and find out that the Sun, seen from close up, is not as round as you may think. The museum is divided into four sections: Universe – from outer space to Earth; Life – from the first living being to human life; Ingenuity – man’s creations; and Society – controversial issues of human society.

Opening Hours: Tuesday-Sunday, 9AM-4PM (those inside can remain until 5PM)