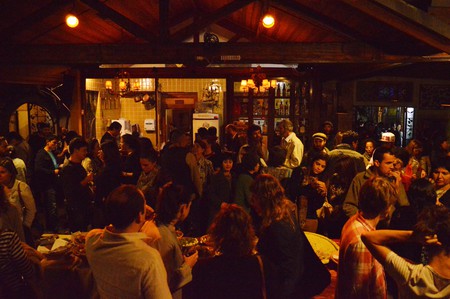 Vila Madalena is one of São Paulo’s most popular and trendy neighbourhoods. Among its art galleries, nightclubs and street shops, the area is most commonly known for its ‘botecos’, where people come together to watch football, have a drink and just chat. Many of the best botecos in Vila Madalena are located in Rua Aspicuelta, where you’ll find rows of bars crowded with residents and visitors alike. Read on for Culture Trip’s list of the best botecos in the city.

With ice cold beers and a setting that is plastered left and right with images of Saint ‘Jorge’, those imbibing at Salve Jorge must be ready for both booze and devotion. Customers drink and eat under paintings and decorations of Saint George, one of the most popular saints in Brazil. The adoration is so great that discounts are given on meals and drinks for those customers named Jorge, or a derivative of the name. Salve Jorge is known around the neighbourhood as having one of the best barbecue chicken platters around, which is accompanied by a side of fried polenta or manioc. Young adults often fill the establishment, due to its comfortable atmosphere and its samba soundtrack. 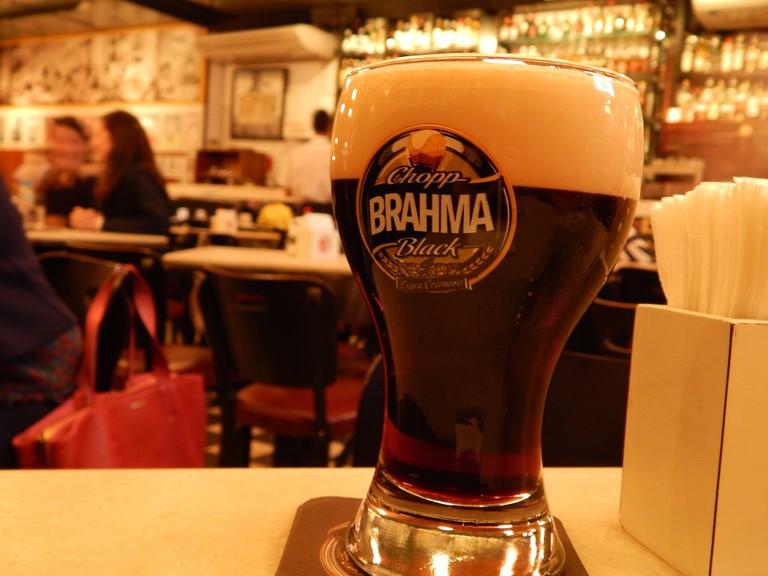 With its architecture inspired by colonial Brazil and a touch of European design, Mercearia São Pedro is always packed, even during lunchtime. Its menu offers several delicious options, including pizza with wine dough. At night, the boteco is invaded by middle-aged men and hippie youth who enjoy discussing literature and cinema. The place’s decoration consists of several movie posters and book covers, and at night, its usual soundtrack consists of jazz music, which creates a relaxing and comforting atmosphere.

The perfect gathering place for football fanatics, boteco São Cristóvão’s design consists entirely of sports memorabilia. Not only will you find team jerseys hung on the walls, but you will also see newspaper articles about the history of football throughout the bar. If you want to watch a match surrounded by equally passionate fans, this is the place to go. The boteco showcases several football matches for guests to watch while eating its famous bolinho de bacalhau (fried codfish balls). 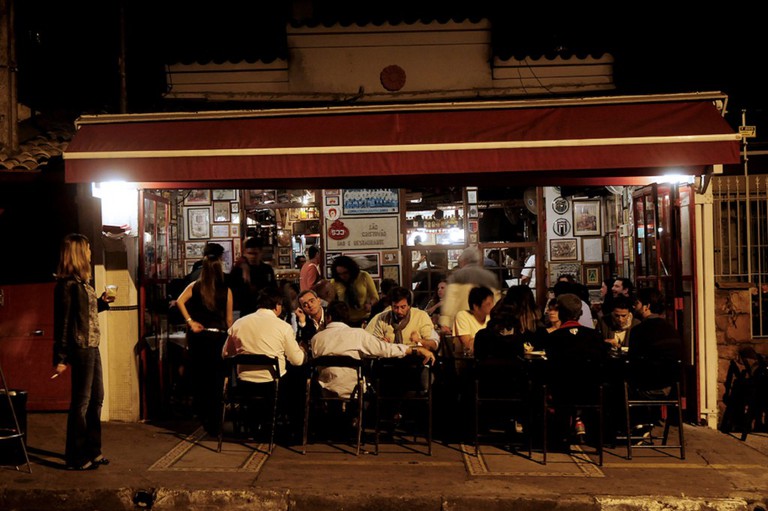 Bar, Brazilian, $$$
Facebook
Email
Twitter
Pinterest
Copy link
Share
Map View
Bar do Seu Zé has a peculiar design, with a large map of the old city of São Paulo on its wall as its sole decoration. After all, the bar attempts to recreate what the original boteco really looks like. Famous for its Chilean empanadas with more than 20 types of fillings, Bar do Seu Zé has a lot of demand for their sidewalk tables. The boteco is frequented by all types of people, ranging from those wearing flip-flops and casually dressed to those looking for a midnight snack after a night on the town. 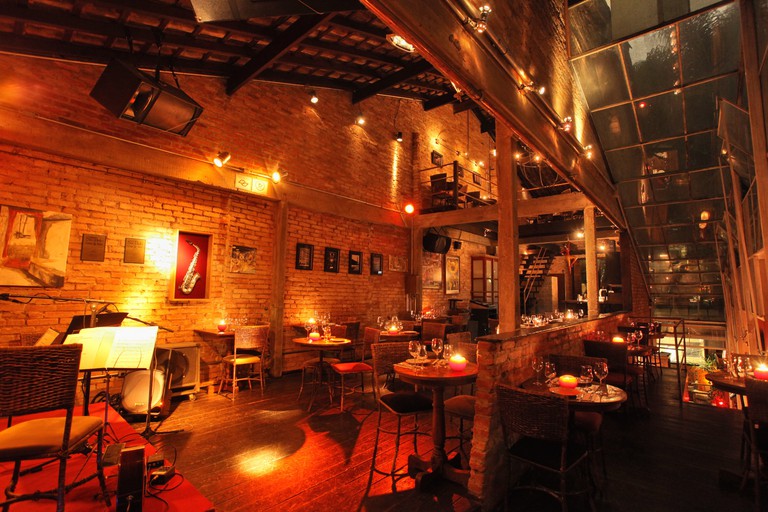 Madeleine Bar, São Paulo | © Madeleine Bar
The Madeleine Bar offers a more romantic atmosphere than most, using candles as its main source of lighting and offering more intimate tables for couples looking for a nice evening out. Aside from its rustic design consisting of exposed brick walls, the boteco also offers occasional live jazz music to please its guests. The variety of pizzas offered are perfect to accompany the fine wines on the menu.