The Best Things To See & Do In Flamengo, Rio De Janeiro 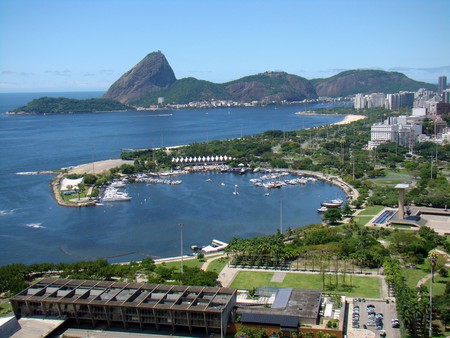 The view across all of Flamengo beach |© Rodrigo Soldon/Flickr

Flamengo is a quiet neighborhood in Rio de Janeiro. While it may be located in the south zone of the city next to the sea, it doesn’t experience the waves of tourists that its southern sisters Copacabana and Ipanema do. Despite that, its calmness is what makes it an attractive area to relax and provides plenty of cultural and daytime activities to check out; here, discover the top seven.

Chill Out In Flamengo Park

The park in Flamengo is an open expanse of grass with palm trees and paths that cut through, allowing for a perfect casual stroll on a sunny day. The palm trees are the nesting grounds for bright green parakeets, known to be common sights within the park. On the weekend, people settle down in the shade of the trees with picnic hampers and coolers to enjoy a day of finger food and cold beers. There are street sellers dotted around that serve simple snacks (think crisps and biscuits) as well as chilled coconuts and beers. 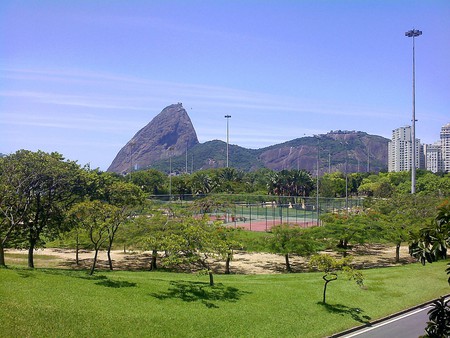 Flamengo Park with the sugarloaf mountain in the background | © Cyro A. Silva/Flickr

Get Lost In Art At The Museum of Modern Art

The Museum of Modern Art (or commonly referred to as MAM in Brazil) is located towards the north of Flamengo Park and is one of the most significant art museums in Rio. This museum hosts both permanent and temporary exhibitions and a school of art and theater performances. In 1978, the museum was devastated by a fire that destroyed 90% of its artwork, including pieces by Pablo Picasso and Salvador Dalí. Thanks to donations and funding, the museum has managed to restore its exhibitions and build itself back up. 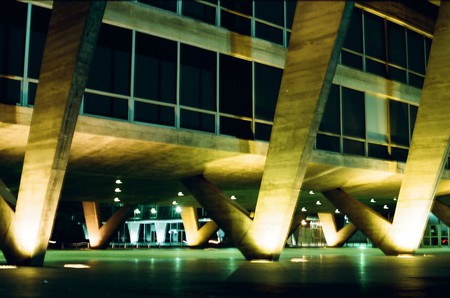 The open space at Flamengo Park provides long, wide and gently rolling paths that are perfect to do different kinds of sports and physical activities on. An up-and-coming craze is slacklining, where you have to balance on a flat tightrope rigged up between two solid points. The palm trees in the park are perfect supports and Flamengo has become the unofficial practice ground for all types of slackliners. There is also a small skate park available for those wanting to race down the halfpipes. Flamengo park is also popular with runners and with such a fabulous backdrop, it’s not hard to see why. 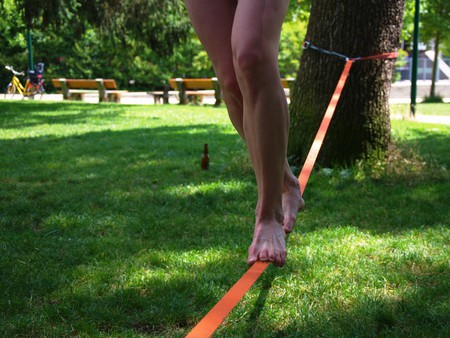 Be Inspired At The Oi Futuro Museum

Oi Futuro (which translates to Hi Future) is a museum of telecommunications that informs and educates through interactive methods rather than fixed displays. Over several floors, each room invites visitors to explore past communications, how we communicate today, how this affects our society and the possible ways we’ll communicate in the future. There are also weekly theater shows and art exhibitions that are held as temporary performances.

Relax At The Beach

One of the highlights of Flamengo Beach is the view across Guanabara Bay over towards Niteroi and the famous Pão de Açúcar (Sugarloaf Mountain). The beach is always much quieter than the ones in Copacabana and Ipanema, meaning there is plenty more space to pull up a beach towel and top up your tan. The sea looks beautiful with calm waves and a blue tinge, yet it is recommended not to swim in it; the Rio Council is currently in the process of cleaning up the bay, however, contamination still remains. Best enjoy it from the shore; it’s still incredibly beautiful.

The view across all of Flamengo beach | © Rodrigo Soldon/Flickr

Enjoy A Night Out At Praça São Salvador

Praça São Salvador is on the border of the Flamengo neighborhood and is a square that comes alive at different times of the day. On Sundays, it hosts a small market with handicraft items and typical Brazilian foods and sweets. At night, however, is the best time to go; the weekend is the most lively with live bands, street dancing, hula-hooping and outdoor drinking. The attending crowd ranges from students to those a few decades older, yet the main aim is to drink, have fun and be merry. Praça São Salvador provides a cheap and cheerful night out in Rio.

Go For A Bike Ride

The orange bike stations dotted throughout the city are an incentive from Itau, a Brazilian bank. They offer bike rentals as an alternative and healthy way to enjoy the city. Near Flamengo Park are several bike stations that accept credit cards and have English options; for R$10 a day, you could explore the city on a set of wheels. On a declared Sunday each month, the council closes the main roads next to the park, widening it further for enjoyment. The path leads from the beginning of the park all the way down to the Santos Dumont airport.