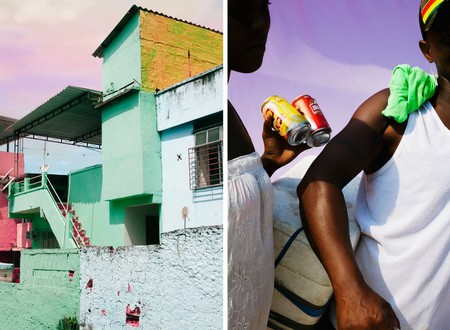 Stefanie Moshammer was in Rio de Janeiro during its most publicized transformation in modern years; in the lead up to the 2016 Olympics. What the Austrian photographer discovered was a city where rich diversity and polar contrasts make it impossible to define. The result of her time there was Land of Black Milk, a series of photos taken in several favelas around Rio de Janeiro. Steering away from the negative image associated with these communities, Stefanie captures her personal impressions of this dynamic metropolis in a collection of colorful images. In light of the book launch for Land of Black Milk, we talk with Stefanie to find out more. 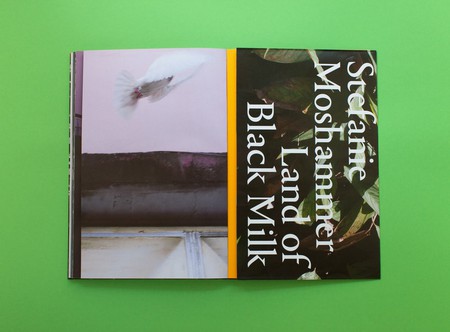 What drew you to Rio de Janeiro to make this photo series?

I heard so many things about Rio and it always caught my interest knowing this place is so diverse in so many ways. This, first of all, attracted me the most. It’s a place of so much diversity and so much contrast, so hard to really catch it or figure it out and find a way of trying to describe it. It’s hard to know what the city is really about, it has so many sides. It’s hard to say, “ok, this is Rio” because it’s pretty diverse. For me, it’s exciting to try to understand how the favelas work there and I realized there are so many favelas, hundreds of them in Rio. They are all different. There is not one favela and this is how it is. It depends on the area, who you go with, who is the person – is it someone that lives there or someone that knows someone there.

It’s not that easy to just walk into a favela and say like,”‘hi, I’m just going to take some photos.” You have to be aware that the dynamics are always changing there. Like, one day it might be good and then the next something happened and you feel it’s better not to go there. For my photos, it was exciting. I realized there is no point where you could describe these places and I played with that I think.

How did you find subjects?

I visited several favelas. I also realised that the people who live in favelas aren’t always there. Of course, they go to other places like the south zone so they leave the favelas. For me, to take photos of residents of the favelas, I didn’t constantly need to be in there, I could find them outside. So, I tried to find a balance between the favelas and the south zone, especially the street sellers as most of them come from the north of Rio or even from the favelas in the south zone. So, I started photographing these people who are just in the city but they actually live on the favelas. In the south zone is where the money is. I mean this is where the tourism goes on, where the people can earn some money travelling there. I was pretty impressed by people travelling two, three hours or more to get to the south zone to travel back later. The public transport can take forever, especially during rush hour.

There are many photo series that paint a negative picture of favelas, yet yours is colourful, and seems to move away from that image. Was that your intention?

I knew I didn’t want to follow the stories we already know of favelas, like when you think of these places you have something negative in your mind. Not that that is necessarily untrue but it’s important to switch it and show a more vibrant, dynamic, and colorful way of translating this place. I didn’t want to repeat this negative appeal of favelas. In my book [Land of Black Milk] there are three chapters. The middle chapter has a bit of the character of a ‘reportage’, showing violence. I couldn’t completely hide it, it would be too romantic. I didn’’t really want to focus on it though because, for me, it was important to show this place from a more positive side and not try to focus on the negative. 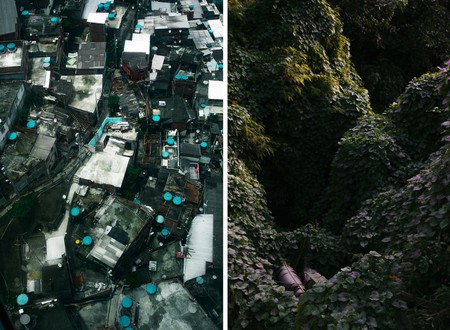 Tell me more about the book

The book launched in September 2017 and published by Skinnerboox. We only did 350 copies. For me, working on a series and then doing a book out of it is kind of closing a chapter, like the book is the final destination. It’s nice seeing after the work published online or in a magazine and being exhibited that at least there is a book that last and people appreciate it, so, if they can’t buy a piece of art then at least they can buy the book. It’s cheaper and they still have the images. The book itself is a sum up of the whole series. I worked together with designer Federico Carpani. We tried to find a way to translate the project into a book because the title and the content and everything, all has to do with the diversity and the contrast. The book is split into three parts. The first part actually shows the photos full spread and always on the right side with the white pages on the other. You then come to a black and white part and then the third part is photos full spread with black pages. Then there is the text going through the whole book. I wrote the text. The text is more like a poetic way of trying to underline the images. It’s not so much describing it. I’m never really trying to explain my series or work in general. I think it’s more like a metaphoric approach than answers. 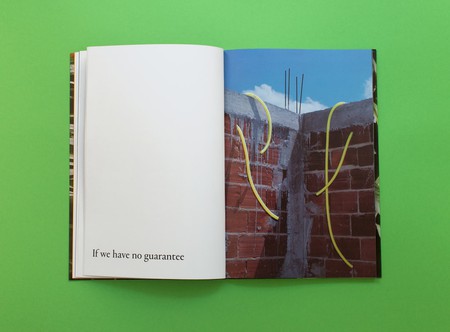 I love the title. Can you tell me more about how it came about?

I was doing a lot of research on Rio and Brazil in general and I realized that the country has a big history of colonization and the Afro-Brazilian nowadays that live in Rio because of that colonization. There are so many, let’s say colors [of people] in Brazil, for me, looking at the favelas, most of the Afro-Brazilians live there and it seems like the history back in the day is still so present nowadays. They called it Black Milk when the white Brazilians mostly had African slaves and they were feeding their babies with their milk. For me, the title hints at what is still going in terms of the indirect racism that’s still present. I wanted to address it a bit in the title and also it sounds pretty paradox in a way so it’s also, for me, something that describes the place in a way that describes the contrast and of not really knowing how to describe the place. 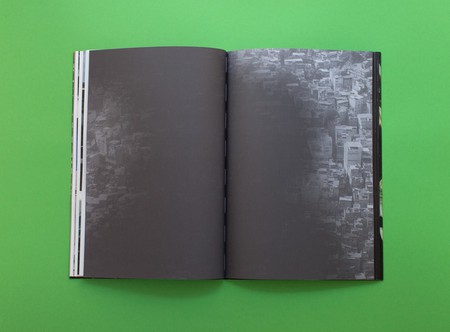 You explored a side of Rio that foreigners rarely get to see. What insights did you take away from that experience?

The city is really split between concrete and nature, it’s really melting together. Also, the people, there are so many different kinds of people living in one space. It’s like a melting pot of so many different things which I found very interesting. It’s a place where every day you couldn’t really know what will happen the next day.

Anything else to add about Land of Black Milk?

It’s a collection of fragments of people, environment, and objects. It’s always beautiful if you have your own perspective and own view and then you can take people on their own journey and this is what I tried, to give you a glimpse of a place from what I saw and how I experienced it. I like it that, hopefully, it’s [Land of Black Milk] open enough for everyone to have their own opinions on it and they aren’t too distracted from my own photos.

The book is available to purchase directly through Stefanie’s website or through Skinnerboox.