One of São Paulo’s strongest points is the city’s rich and vast variety of cultures, all individual yet intermingled, making SP a truly cosmopolitan place. The best way to experience this diversity is by visiting São Paulo’s excellent cultural centers. Here are eight unmissable centers in Brazil’s biggest metropolis.

The Moreira Salles Institute, a non-profit organization founded in 1992 and devoted to promoting culture, has recently inaugurated a new space in São Paulo, right on Paulista Avenue. A gorgeous glass and iron construction, the new home of the institute has three beautiful exhibition spaces, a studio, classrooms, a theater and an excellent library devoted to photography.

The ground floor is left vacant, meaning visitors access the building through an open space accessed directly from Paulista Avenue, and climb the escalators up to the fifth floor, or “IMS Plaza”, which has a beautiful balcony overlooking the bustling avenue below.

Entry is completely free and the library also has rows of desks which serve as workspaces, making it an excellent place to bring your laptop and do some work away from home.

SESC is an initiative headed by the Social Service of Commerce, investing in culture and the arts all over Brazil. They have several cultural and leisure centers across São Paulo, the newest of which being the striking SESC 24 de Maio, a fascinating building in the old center of the city, designed by master architect Paulo Mendes da Rocha.

As well as offering exhibition spaces, a theater, library, workspaces, a gymnasium and a stunning open-air rooftop swimming pool, SESC 24 de Maio is a gorgeous piece of architecture, incorporating the rugged yet beautiful center of São Paulo into the visual project of the building.

In the central neighborhood of Paraíso, overlooking the busy thoroughfare of Rua Vergueiro, is the Centro Cultural São Paulo (CCSP). One of the most chilled-out spots in the entire city. Originally designed to be a public library, CCSP was soon turned into one of the first official cultural centers in São Paulo, with exhibition spaces, a cinema, a theater and a massive library under one roof. The interior design of CCSP is stunning, based on Paris’s Pompidou Center, while its roof garden and café/study space are beautiful and well worth a visit. 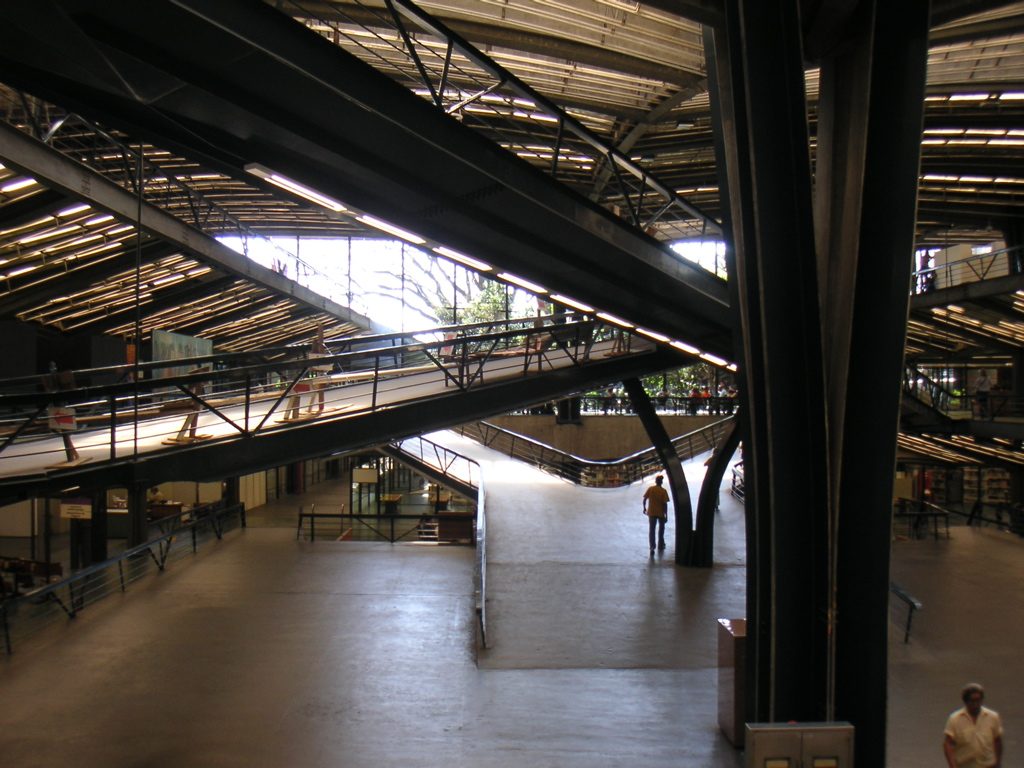 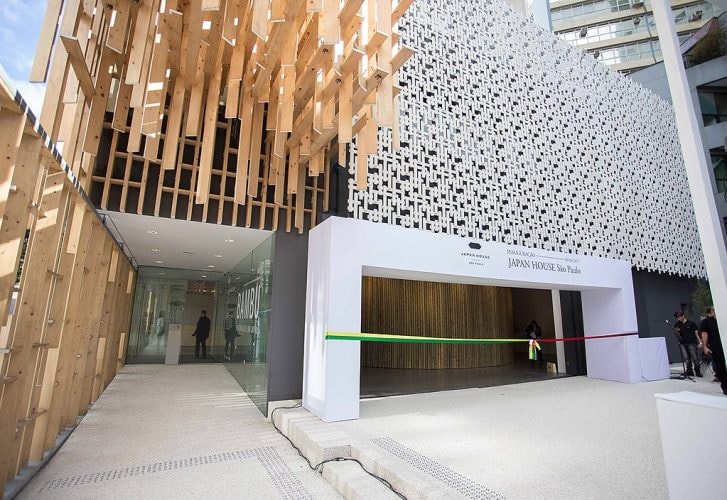 One of the newest additions to São Paulo’s cultural offerings is the stunning Japan House, a project of the Japanese government with a view to promoting Japanese culture around the world. Only three cities were chosen to receive their own Japan House: Los Angeles, London and São Paulo, with the Brazilian location being the first to be built and inaugurated.

It may seem strange to see SP in such illustrious company, but the city has the world’s largest population of Japanese people outside of Japan, which has contributed greatly to the city’s culture and heritage as a whole.

Japan House, located close to Brigadeiro subway station on Paulista Avenue, is visually dazzling inside and out, with some equally striking exhibitions. Entry is free throughout the week. 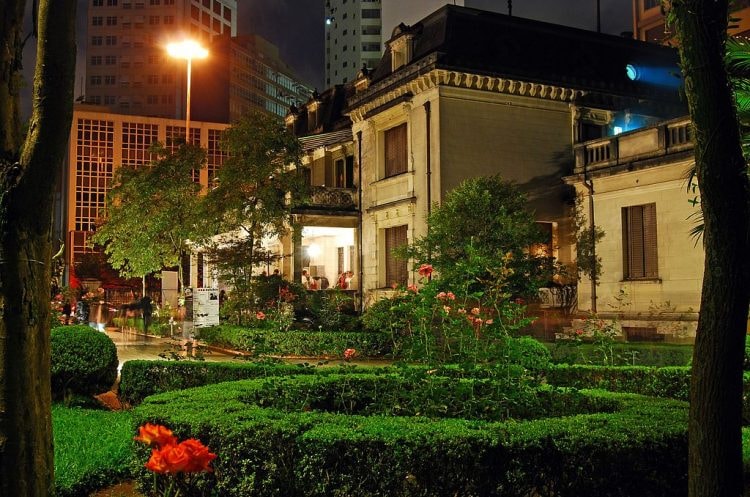 Back in the primordial days of Paulista Avenue, the street was lined with classic French-style mansions, home to the city’s wealthy coffee barons. As years went by and the coffee boom subsided, these mansions were gradually replaced, with Paulista slowly assuming its current form, as a cultural and financial center of the city.

One of the very few remaining mansions, however, is the charming Casa das Rosas, located directly across the road from the aforementioned Japan House. The well-restored house, built by iconic São Paulo architect Ramos de Azevedo, is a joy to walk around, with its classic design and the exhibition spaces that now fill its rooms. At the back of the house, there is also a quaint café, serving excellent food among a beautiful rose garden.

Located in the heart of São Paulo’s historic downtown region, the Centro Cultural Banco do Brasil (CCBB) is one of the most visited cultural spaces in the entire country, hosting exhibitions, plays, concerts and various educational programs and workshops.

The building itself was constructed at the turn of the 20th century, and just walking around its many floors, marveling at its intricate design, is a joy in itself. 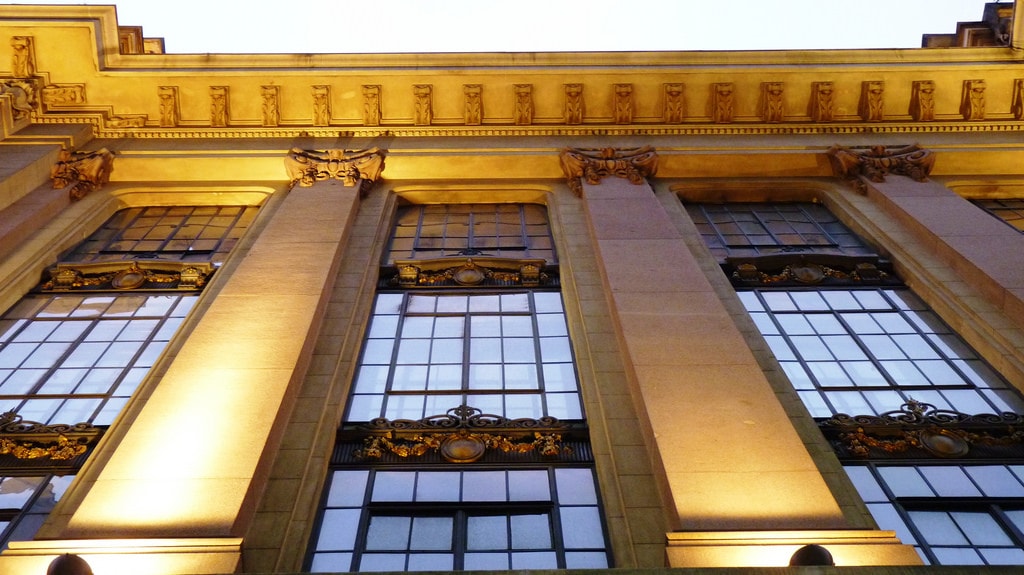 Before the arrival of SESC 24 de Maio (see above), the undisputed King of the SESCs was the fascinating SESC Pompeia. Housed in a renovated oil barrel factory, the entire architectural project of the building was designed by renowned Italian-Brazilian architect Lina Bo Bardi, who also designed the city’s leading art museum, São Paulo Museum of Art (MASP). The main brutalist concrete structures are connected by intelligently designed walkways, taking something ‘ugly’ and making it exquisite. There is plenty to see and do at SESC Pompeia, with a packed schedule of exhibitions, shows and lectures all year round. 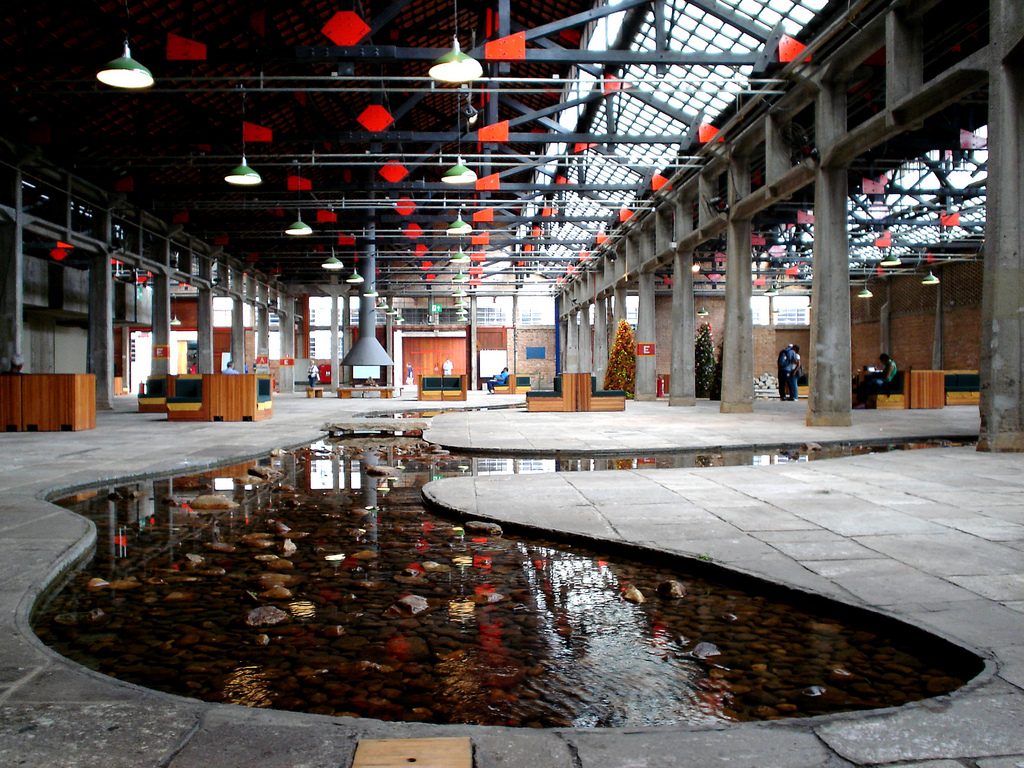 Next door to the aforementioned Casa das Rosas is Itaú Cultural, a cultural space sponsored by the Brazilian bank of the same name. The modern building has a number of temporary exhibition spaces, while the top two floors are dedicated to Itaú’s collection of artworks, photographs and documents about the history of Brazil. Well worth a look, if only for the permanent exhibition.