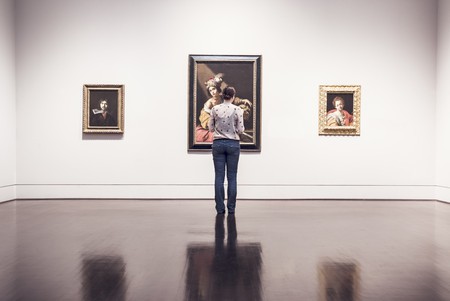 São Paulo is home to a thriving contemporary art scene and is itself a microcosm of the exciting Brazilian art world. The city is also home to the São Paulo Art Biennial, the second oldest in the world after Venice, and in recent decades, this venerable event has been joined by a range of contemporary art galleries that promote the best of Brazilian and international art. 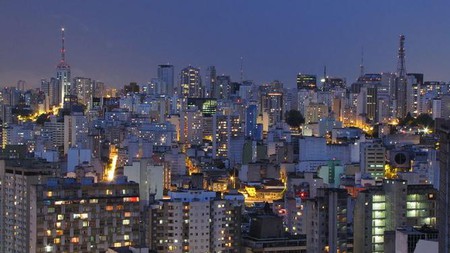 The center of São Paulo’s art scene, Museu de Arte de São Paulo, or MASP as it’s more commonly known, towers over the chaotic streets of the city center and is one of the most influential contemporary art galleries in South America. The unique structure was designed by Brazilian-Italian architect Lina Bo Bardi and was inaugurated in 1968, as Brazil – and South America, in general – entered into a new phase of artistic and cultural expansion. The modernist design, which reinvents the brutalist tendencies of South American architecture, makes the museum an architectural attraction in its own right, the extensive permanent collection that MASP holds truly reveals its importance in the contemporary art scene. It was amongst the first galleries in South America to focus on post-World War II works and to celebrate the art of contemporary practitioners in Brazil. Alongside these more recent works, it holds an incredible selection of European masters, which is unrivaled in the Southern Hemisphere. As the premier artistic institution of São Paulo and Brazil, MASP deserves to be considered in the same league as its European and American rivals: MoMA, the Tate Modern, and the Centre Pompidou. 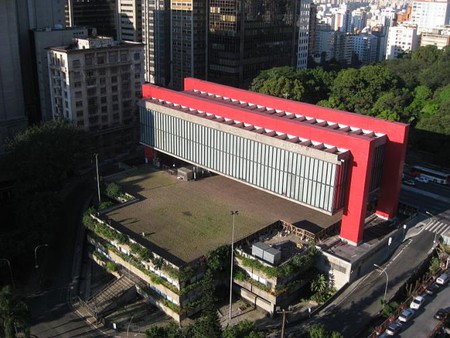 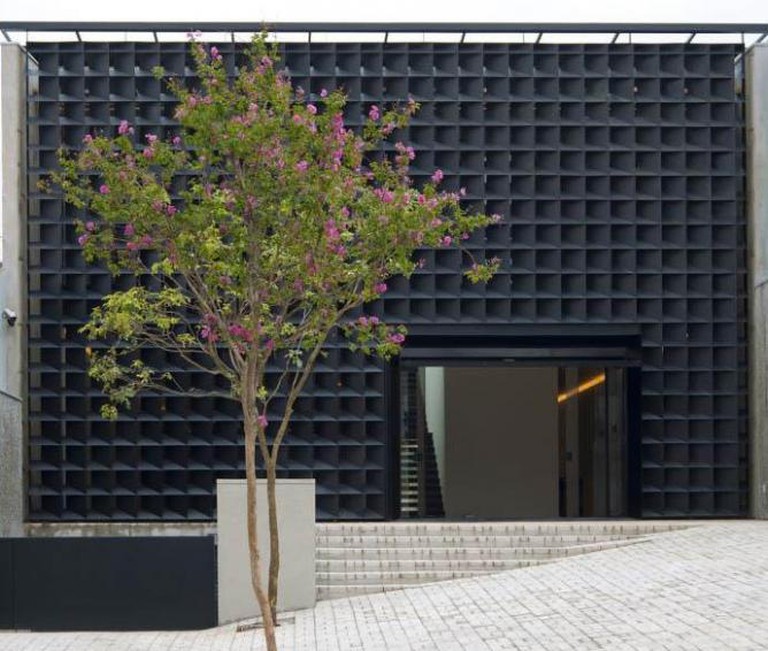 Galeria Raquel Arnaud, Vila Madalena | © Galeria Raquel Arnaud
Raquel Arnaud emerged into the contemporary art world in the late 1960s, becoming a key figure in the development of MASP during its early years. Arnaud went on to open her own gallery in 1973, which she named Gabinete de Artes Gráficas. This became a magnet for the generation of artists who emerged in the 1970s and 1980s and who would define contemporary art in Brazil for decades to come, such as the practitioners of the geometrical abstraction school. Alongside her gallery work, Arnaud worked on the television program Galeria Arte Global (Global Art Gallery), which also promoted the work of contemporary artists throughout Brazil. 2011 marked the opening of Arnaud’s latest venture, the Galeria Raquel Arnaud, which continues her decade’s long work of promoting the arts in Brazil.

Reflecting the thriving underground culture in São Paulo, which is in evident in the flowering of street art throughout the city, Choque Cultural is the best place to go to experience the beating heart of São Paulo’s art scene. The gallery focuses its work on ‘pop, outsider & young art’ and utilizes its strong links to the underground culture of the city to create a unique and exciting exhibition program that often bursts out of the conventional boundaries of the gallery space. The gallery has also established itself as a publisher in recent years and has released a range of exceptional screen print editions that reflect the best up and coming talent in Brazil and throughout the globe.

Featuring both established artists and new talents, Galeria Jaqueline Martins is a relative newcomer to the São Paulo art scene but is nevertheless making waves. Their rapid ascension was confirmed with their exhibit at the 2013 Frieze London, where they joined a host of other São Paulo galleries. Galeria Jaqueline Martins’ exhibition Was ist Kunst? – Mirrors of Production in the summer of 2013 featured some of the outstanding talents of the contemporary art scene in Brazil and was highly acclaimed for its radical interrogation of artistic practice.

Focused on bringing new artists to international attention, Galeria Zipper is a small but significant player on the São Paulo art scene. It aims to propose a new discourse in contemporary art, one which integrates diverse disciplines and presents the often esoteric world of contemporary art with an emphasis on accessibility and dialogue. The varied platforms of painting, sculpture, photography, video, drawing, installations, prints, and new media are all explored within the gallery space, which has recently held exhibitions by such exciting talents as Camilo Soato and Raphael Escobar. 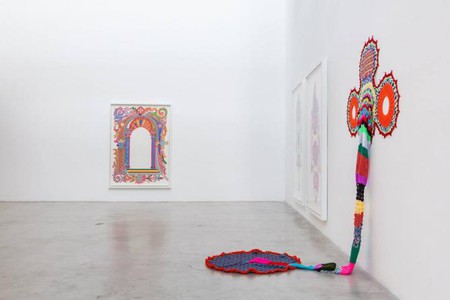 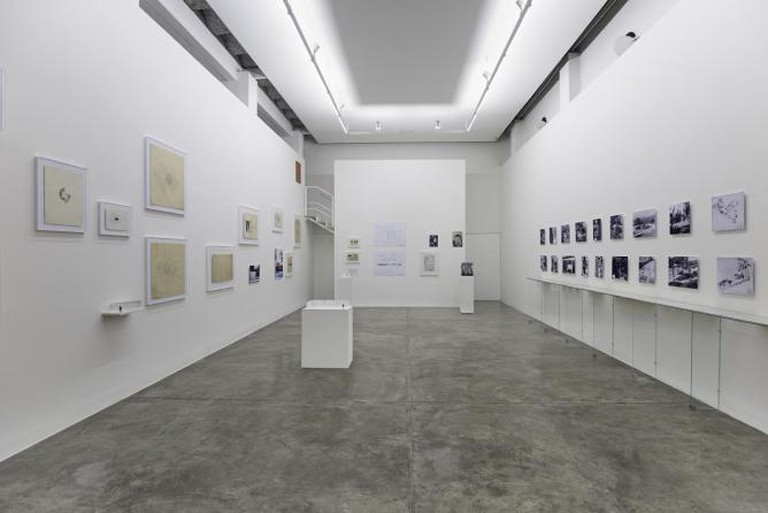 Galeria Luciana Brito, São Paulo | Courtesy Luciana Brito Galeria
A cutting edge contemporary art gallery which focuses on promoting and disseminating Brazilian art, Luciana Brito Galeria continues the work of its eponymous founder Luciana Brito, who has worked in the section for over twenty years. The gallery professes to ‘believe in the autonomy of creative processes’ and as such ‘prioritizes partnership and a shared effort with the artists, allowing us to concretize such important projects as monographic publications and exhibitions, whether at our own premises or at institutional venues.’ They do so with particular emphasis on the rising stars of the Brazilian art world, who are represented in Luciana Brito’s roster alongside international stars like Marina Abramović and Alex Katz.

Described as a reference for the promotion of Latin American art, Baró Galeria is located in the São Paulo neighborhood of Santa Cecília. The gallery aims to establish a dialogue between artists, curators, and cultural institutions, both through site-specific works and curatorial projects. Over the course of its short history, it has transformed itself into a center for artistic debate and discussion, bringing the best artists and professionals from throughout the Brazilian art scene to engage in this ferment of ideas. The gallery is renowned for its work with contemporary artists of the 1970s and 80s, such as David Medalla, Felipe Ehrenberg and Roberto Jacoby, whom it places alongside emerging talents. 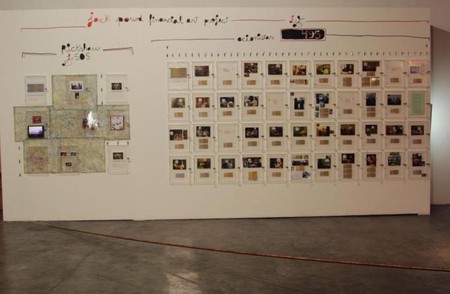 Fusing artistic practice with design, Coletivo Amor De Madre is unique amongst the many independent art galleries populating São Paulo. Its focus on practical objects that are nonetheless imbued with an artistic or creative quality grants visitors a new perspective on the prosaic elements that occupy their living spaces. The gallery also manages a store where many of the items on display can be purchased, thus emphasizing its focus on the practical as well as the aesthetic quality of its exhibited works. This practicality does not preclude innovation, however, and the many objects which one regularly finds on display at Coletivo Amor De Madre are an often beguiling combination of the surreal and the desirable, while the gallery space itself combines the aesthetic of a Scandinavian furniture store with a children’s playground to bewildering effect. 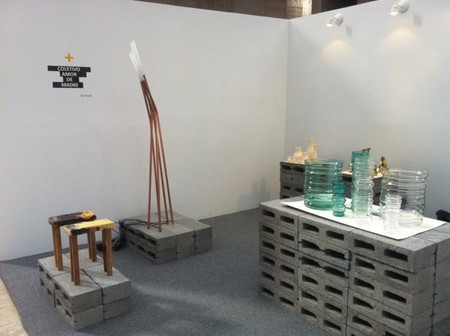 Opened in 2001 under the direction of Márcia Fortes, Alessandra d’Aloia, and Alexandre Gabriel, Galeria Fortes Vilaça’s multifaceted offering combines the best of local talent with international names in a dynamic and exciting exhibition program. The varied nature of their offering means that you can never be sure what to expect from Galeria Fortes Vilaça, as they consistently move from one area of contemporary practice to another, and frequently invite guest curators to assist with exhibitions. Recent exhibitions by the likes of Olafur Eliasson, Mauro Restiffe, and Lucia Laguna have been notable successes, while a sister space, Galpão Fortes Vilaça, opened in 2008. 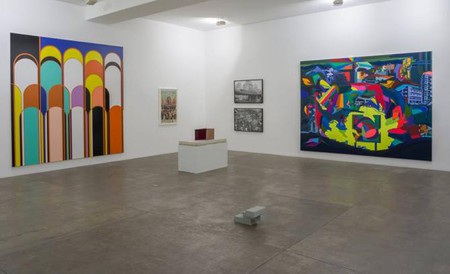 Founded in 2010, Mendes Wood DM exhibits both international and local artists in an environment which promotes cultural exchange and critical dialogue. They take into account regional and geographical difference within their offering while also seeking to act as a catalyst for collaboration amongst the diverse artists who exhibit in their space. One of the most exciting gallery spaces on the São Paulo scene, Mendes Wood’s combination of artistic variety, political consciousness, and theoretical debate makes it unique amidst the many contemporary art galleries in the city.