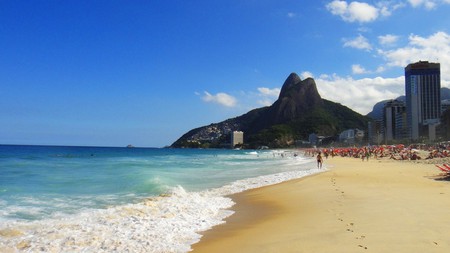 Brazil, a country full of meat-lovers, prides itself on its churrascarias. A type of all-you-can eat steakhouse, or rodízio, churrascarias are characterized by their attentive waiting staff, who circle the room offering cuts of meat to hungry diners. We’ve compiled 10 of the best churrascarias in Rio de Janeiro, to help you get to the heart of the city’s cultural dining scene. 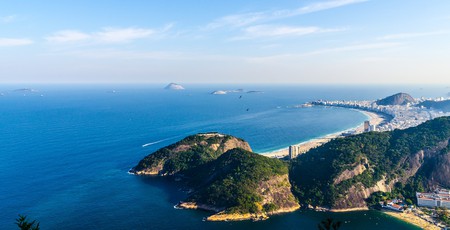 Porcão is a classic when it comes to churrascarias, setting the standard for all the others in Rio by having one of the largest buffets and only serving high quality meat. Eating there is an experience in itself, and worth the slight detour out of the centre. Free pasteis, onion rings and fries will also be offered, but to make the most of it, it is better not to over-indulge on those treats until the meat is served. Their pork ribs are certainly a must-try for anyone visiting this meat-feast paradise, as well as their bife de ancho. In any case, the meat will not stop coming to you until you decide to get the bill!

Churrascaria Palace is a more affordable version of the classic churrascaria. It might be cheaper than the others but this does not mean that the quality of its food is any less delicious, and is the best way for those on a tight budget to experience the joys of an all-you-can-eat meat buffet. Sushi and seafood are also available, together with fresh salads.

Churrascaria Fogo de Chão has attracted meat-lovers from all around the country who come to experience gaucho cuisine. Their chefs’ specialty consists of grilling 15 different cuts of meat the way they do it in the southern city of Porto Alegre. Guests receive a two sided disk that they can flip from red to green whenever they feel like having more food, which allows them to eat at their own pace. The restaurant’s beautiful setting next to the Sugar Loaf Mountain makes the experience even more memorable. 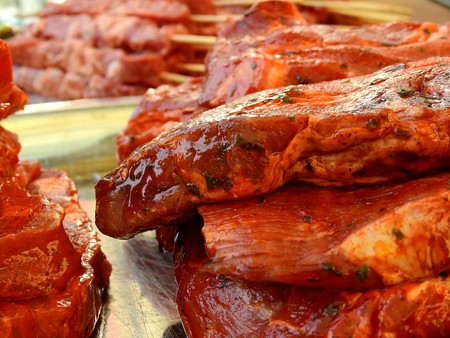 The Ipanema branch of the churrascaria Carretão certainly benefits from being situated in one of the best locations of Rio, right in the heart of the Ipanema neighbourhood. The long queues that form outside the steakhouse in the weekends speak volumes about the type of service you can expect. Always cheerful, the waiters succeed in keeping the plates full without disturbing your meal. In addition, the meat is always fresh and of high quality, which is the most important thing to consider when choosing which churrascaria to go to.

Marius Degustare offers all-you-can-eat buffets for both meat, and fish and seafood, including oysters and lobsters. When it comes to meat, their specialty is the Japanese wagyu, more commonly referred to as Kobe beef, and classified as the best meat in the world, with the cows living in unpolluted environments, receiving vitamins, highly nutritious food, beer and daily massages. The interior decor might be a little kitsch and it may attract a lot of tourists, but the quality and quantity of the delicious meat and seafood make it a must-try in Rio for those with the money to spend. 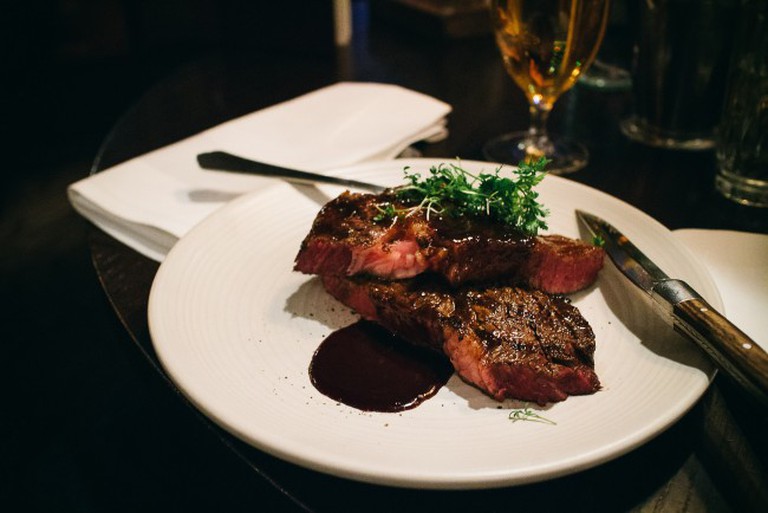 The churrascaria Rio/Brasa is a family-friendly place with plenty of local character. It could almost be said that it is the only churrascaria in Rio to be genuinely carioca, in other words, from Rio. In addition, the all-you-can-eat buffet includes 40 different cuts of meat, enough to leave everyone satisfied. A must-try at Rio/Brasa is the picanha – lightly seasoned and sliced Brazilian beef. The buffet also includes a variety of salads and seafood as well as Middle Eastern, Israeli and Japanese dishes. 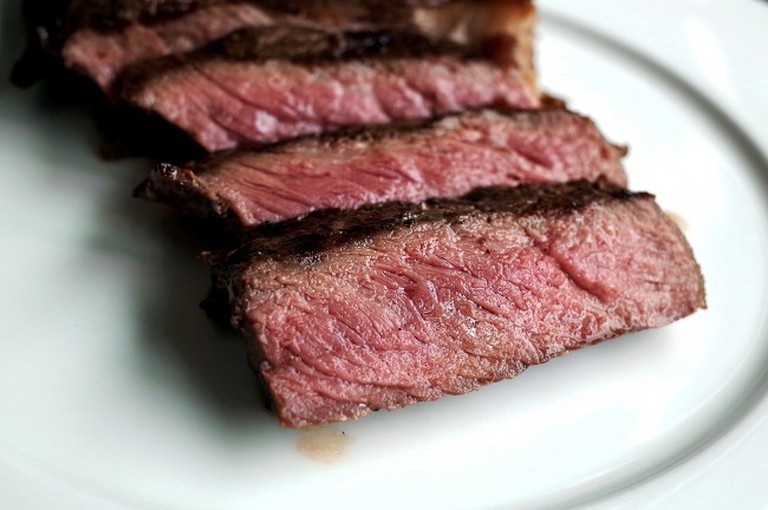 The Pampa Grill chain opened its first churrascaria in Rio in the Barra de Tijuca neighbourhood around 30 years ago. Their aim was to revolutionise the concept of churrascarias in Brazil by bringing style, quality and taste to the restaurant. For those with a big appetite, Pampa Grill buffets offer excellent cuts of meat and an extensive range of both hot and cold dishes. An alternative to the all-you-can-eat meat feast is their kilo system which lets guests pay for their plate by weight. Whichever option guests decide to go for, the culinary experience will remain memorable as the variety of fresh food is simply endless. 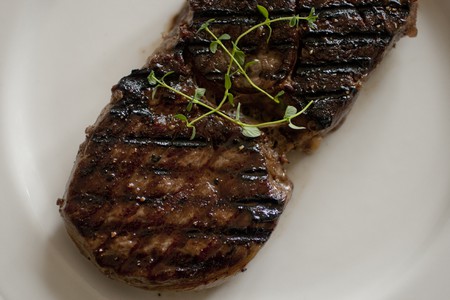 With branches dispersed all around the southern, northern and western zones of Rio, the churrascaria Estrela do Sul offers around 30 different cuts of meat and more than 10 side options, together with a salad buffet and both hot and cold dishes. Prices depend on the location, and some are more children-friendly, featuring a play area. For those who like garlic, a must try would be their bife com alho, the beef steak with garlic. In addition to serving excellent food, this meat lover’s paradise is also affordable. 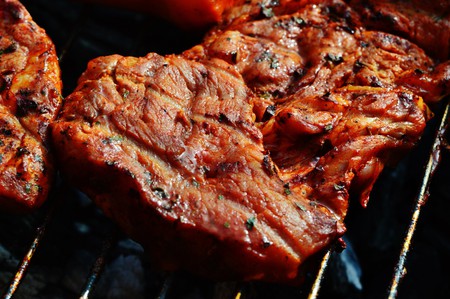 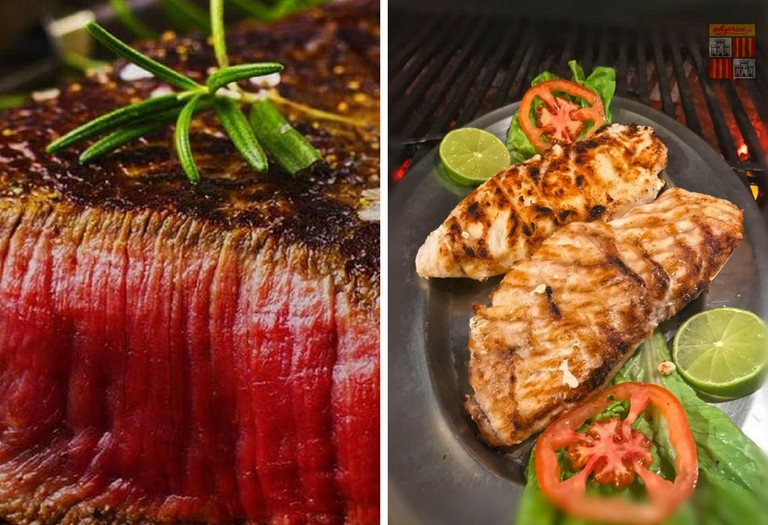 Fresh meat and chicken at Majórica | © Majórica
Since 1963, the churrascaria Majórica has maintained a good reputation in the city, offering some of the most succulent meat to be found in Rio. It even won the price for the best meat in town at Rio’s gastronomy show (Prêmio Rio Show de Gastronomia) in 2007. Once guests have tried the meat, there remains no more space for doubt – the steak is truly delectable and on top of this, prepared according to true gaucho tradition.
Open In Google Maps
11/15 Rua Senador Vergueiro, Flamengo Rio de Janeiro, 22230-001, Brazil
+552122056820
Visit Website
Visit Facebook page
Give us feedback

Located 300 meters away from the Maracanã, the churrascaria Tchan offers a wide selection of meat of the highest quality, prepared in the traditional gaucho way. For those who still have space for more after indulging on meat, their desserts are also worth a try. With 25 years of experience, Tchan has learnt to offer only the best to their guests who keep returning again and again. 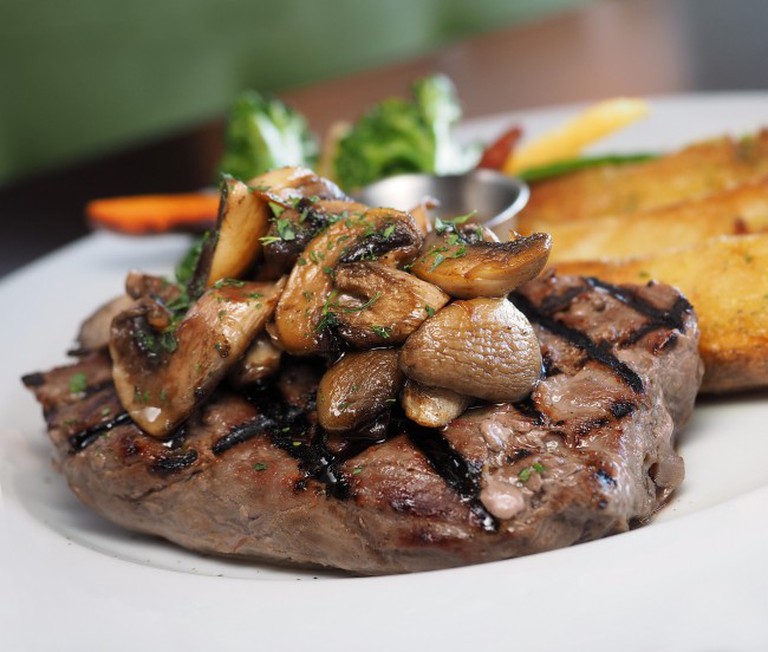