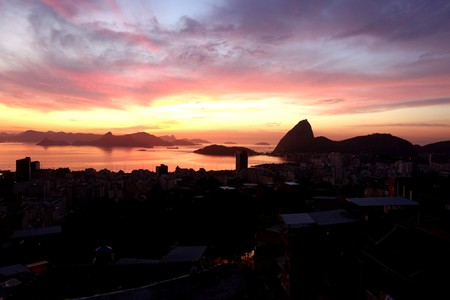 The Maze at sunrise |© The Maze

What appears like a regular neighborhood with a strong commercial center and ordinary people passing by, is a hidden treasure peppered with magnificent palaces and colonial architecture, serving as a reminder of the neighborhood’s noble past. Time has taken its toll on Catete nowadays when compared to its regal era, yet there are pleasant parts of it and a constant feel of history in the air.

When Rio de Janeiro was once the capital city of Brazil, Catete (pronounced ka-tet-chee) was the imperial area of Rio serving as the base point for the past Brazilian government and was developed with superb examples of colonial architecture, designed to show the wealth and power of the heads in charge. However, when the capital city status was transferred from Rio to Brasilia, Catete fell in decline, largely because of the drop in real estate prices in the area.

It may have lost its noble status, but Catete is still a wonderfully pleasant neighborhood that grants a unique experience away from the sandy shores of Copacabana and Ipanema. The main attraction in the neighborhood is the Catete Palace centered in the quiet, landscaped Catete park that is a peaceful sanctuary of canals and well-maintained gardens. The urban mansion was the former Brazil presidential headquarters and where ex-president Getulio Vargas took his final breaths before committing suicide. It now houses the Museu da Republica (Republic Museum) that unfolds the complex yet fascinating history of Brazilian politics, leading visitors through Brazil’s relatively recent change from a tight dictatorship to the democracy it’s known for today. 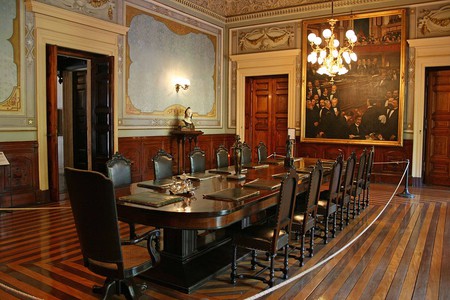 To eat, there are plenty of low-cost options in the neighborhood that make it ideal for backpackers and lower-budget travelers. One of the most famous restaurants in Catete is also one of the most low-key, yet is famed for its award-wining pizza that is constantly crowned the best pizza in Rio. Ferro e Farinha serves a thin, homemade crust with a perfect balance of fresh toppings for less than $10 a pizza. Its low price to high quality ratio attracts a large crowd every day. For a little bit of everything, go to Restaurante Graça da Vila that serves a Brazilian, Italian and Japanese food buffet and provides an all-you-can-eat pizza or grill option. Save room for the chocolate and strawberry pizza option, it’s delicious! Within close walking distance of the main High Street in Catete is Restaurante Estação Largo do Machedo with its cozy atmosphere, laid back style and sidewalk seating that trails out around the corner. It serves good, honest, homecooked food that ranges from typical Brazilian cuisine to Italian dishes at reasonable prices. 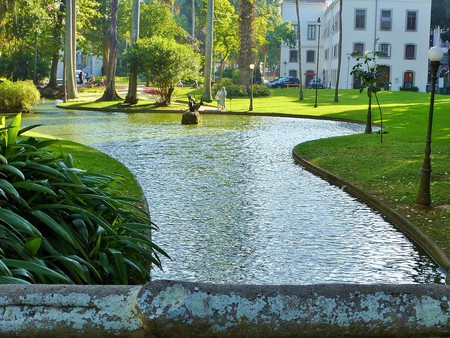 Nightlife in Catete mostly sticks to the bar scene with plenty of typical Brazilian bars and botecos. Cariocando is one of them. It’s a small, cozy boteco with black and white photos on the wall of Rio landscapes with a constant stream of samba and bossa nova classics coursing through the air. Belmonte is just a few blocks away in Flamengo and is one of the most successful and popular bars in Rio. Go there for a deliciously fruity caipirinha and a heavenly dried meat pie. For a night out with a difference, though, a trip to The Maze is a must. Its labyrinth corridors gave the place its name and the mosaic patterned walls gives this trendy place an edge. Located at the top of the pacified favela, Tavares Bastos, the views over Guanabara Bay and the city provide a glorious backdrop to a live jazz band and the mingling of a cool, laid-back crowd.

The Maze at sunrise | © The Maze
Give us feedback