What Will Happen To The Olympic Parks After The Games? 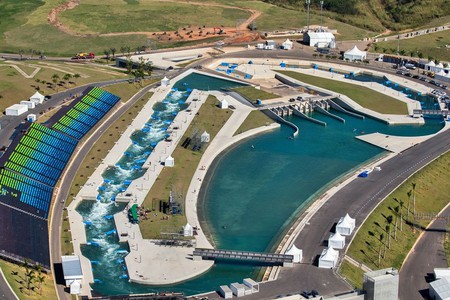 The 2016 Olympics and Paralympics games held in Rio de Janeiro will leave a lasting social, educational and sporting legacy as venues are converted into facilities for the city. The city council invested heavily in the construction of the venues, leaving many public services financially crippled. However, by recycling the venues into beneficial projects, it will bring a positive outcome to the city and its citizens.

Many of the venues were used from existing infrastructure in Rio, such as Copacabana beach and Marina da Gloria, and they will go back to their previous uses. The new constructions however will be recycled into new projects and add extra value to the city. The golf course will be maintained as it is and will open for public use and local social projects. The major changes will happen at two main venue clusters; Barra Olympic Park and Deodoro Olympic Park. These will be restructured to provide facilities for education, public leisure, sports training, and social projects. 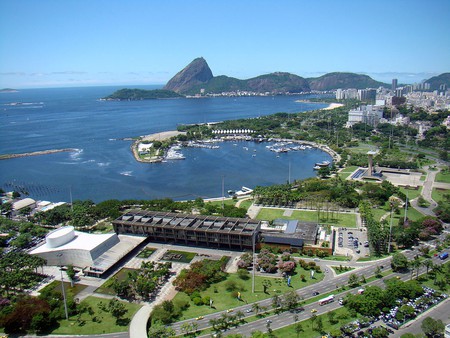 The main Olympic Park in Barra da Tijuca is made up of nine competition venues. Of these nine, seven will remain and the two that were made using a concept known as ‘nomadic architecture’ will be dismantled, their parts being used in other projects. The materials of the Future Arena, the venue of the handball at the Olympics and the goalball at the Paralympics, will be used to make four new public schools, each with a capacity of 500 students. Rio is often criticized for not investing enough in public schools, so this project will be a welcome addition to the city. 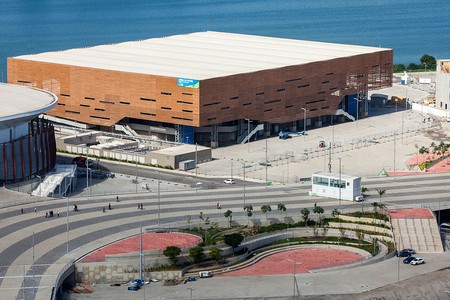 The Olympic Aquatic Stadium will be broken down and restructured into two new aquatic centers, each one with a 50 meter Olympic swimming pool. These will then be available for training and hosting sporting events with one center having a grandstand of 6,000 seats and the other with seating for 3,000 people. 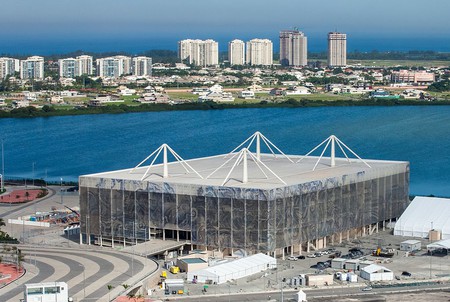 Aquatic Center at the Olympic Park in Barra | © Chronus/WikiCommons

The structure of the Carioca Arena 3, the host of fencing and taekwondo in the Olympics and judo for the paralympics, will remain intact and will be turned into an Olympic Experimental School (GEO in Portuguese). This will support 850 full-time students who can benefit from a mix of top-level sports training and academics. This is an exciting development that will help produce more top Brazilian athletes for the future.

The other six venues will become part of the Olympic Training Center, a top-level facility for sports. It will include training areas for tennis, athletics, judo, fencing, taekwondo, weightlifting, wrestling and badminton, and will be available for the GEO students and for social projects with plans for the youth in Rio’s favelas (slums).

Using the materials from the International Broadcasting Center, the council plans to add an athletics track, two beach volleyball courts and a dormitory for athletes in the Training Center, allowing it to be a perfect facility for hosting other major international sports events, concerts and exhibitions. 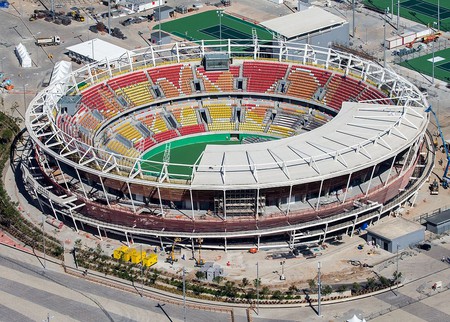 Arguably the most exciting venue with more radical sports such as mountain biking and canoe slalom, the City Council has big plans for the Deodoro Olympic Park. It will be turned into Rio’s second largest public leisure area, known as X-Park, which will have the capacity to accommodate 1.5 million people giving the youth in surrounding neighborhoods a recreational area that they currently lack.

The canoe slalom venue will become a large recreational lake for visitors to swim in or relax at the sides. The Olympic BMX track will be maintained, allowing riders a practice site to test their skills. The rest of the park will have new installations such as multi-sports courts, mini mountain bike tracks, beginner BMX tracks, nature trails, skating rinks, outdoor fitness equipment, gardens and barbecue areas, making it the ultimate weekend hangout.

For a city that lives and breathes outdoor life, these additions to the city will add immense value for what is an already very active population. Not only does it provide extra weekend activities, it also opens up the possibility of better education, a healthier lifestyle for many, and a reduction in crime with social projects helping underprivileged youth find a purpose in sport and recreational activities. While it is unclear how long these developments will take, it certainly is a bright light in the future of Rio de Janeiro.