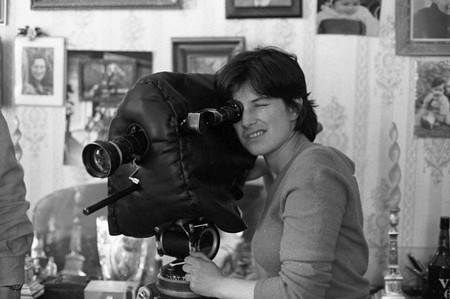 Latin America’s biggest annual film event, Festival do Rio, is back in Rio de Janeiro between October 6th and October 16th for its 18th edition. The festival will showcase 250 films within its 15 festival sections, coming from more than 60 countries. The films will be screened at 20 venues throughout the city, including a special screening at the new Olympic Boulevard in Porto Maravilha, one of the most remarkable legacies left to Rio from the Summer Olympic Games.

This festival is a celebration of film production and screening, presenting films from a wide range of genres. Running alongside the festival is the RioMarket, a special setup that will invite industry professionals from across the world to participate in its program of more than 50 panels, 20 workshops and master classes. It fosters a valuable hub for content providers to present their projects for coproduction, acquisition and distribution opportunities. One of the main highlights of the event will be a world premiere screening of U.S. director Steve Bernstein’s Dominion with a red carpet gala screening on October 7th. Here, we explore some of the must-see films during this event.

French sisters and filmmaking team Clara and Julia Kuperberg present Women Who Run Hollywood. This documentary takes a historical angle on the female powerful players in Hollywood‘s golden years and explores how their roles shaped the industry into what it is today.

This documentary, written and directed by Terrence Malick, is one of the most talked about films of the year. It dives into the mysteries of life and death by examining the origins of the universe and the birth of stars and galaxies. Voyage of Time unfolds the complexities of life on Earth and discusses the evolution of the diverse species that have existed on our planet.

I, Daniel Blake is a 2016 British drama film about an ill carpenter who befriends a single mother and her two children as they navigate and negotiate their way through the bureaucracy of state welfare. It combines humor with despair and warmth, creating an emotional and heart-warming film from the very beginning.

This drama, directed by Maren Ade, is about a father trying to reconnect with his daughter through his smooth-talking alter ego named Toni Erdmann. The father, Winfred, generally annoys his daughter, Ines, with his corny pranks and practical jokes; through Toni, he slowly changes his daughter’s ideas and she starts to feel closer to him. This film is funny, gripping and heartfelt.

This French psychological thriller stars Kristen Stewart and is a ghost story set in the fashion world of Paris. A young American girl works as a personal shopper for a celebrity when she begins to receive signs from her recently deceased twin brother. Shortly after, she starts getting spooky text messages from an unknown sender — be sure to see this film to find out more!

This crime thriller is about three criminals who are hired to kidnap the baby of a rival mobster, yet manage to botch the job. A-listers Nicholas Cage, Willem Dafoe and Christopher Matthew Cook star in this dark comedy.

It’s Only The End of the World – Xavier Dolan

This film is a Canadian-French drama written and directed by Xavier Dolan and based on the play Juste la Fine du Monde by Jean-Luc Lagarce. It relates the story of terminally ill Louis who returns home after 12 years of absence to tell his family about his impending death. His return results in a family reunion riddled with doubt and tension.

Everybody Wants Some!! – Richard Linklater

This one is an American comedy that involves a group of young college baseball players set in Texas in 1980. The plot revolves around them testing out freedom and responsibilities, including drunken parties and attempts of meeting women.

This biographic drama explores the life of American poet Emily Dickson, recounting her early days as young schoolgirl until her later years when she became an unrecognized artist and recluse. This film is funny and profound yet with holds elements of tragedy.

Little Men was written and directed by Ira Sachs. The film tells of the growing friendship between two teenage boys living in Brooklyn, New York. However, their bond is put to the test as the feud between their parents over a shop lease continues to escalate.

Paterson is a comedy drama that explores the life of Paterson, a hardworking bus driver that follows a simple routine every day of writing poems before he begins his shift. His wife, Laura, leads an ever-changing life of new dreams and new projects daily. The film explores their relationship which is deeply filled with love as Paterson supports his wife’s ambitions and she inspires his gift for poetry.

Lo and Behold, Reveries of the Connected World – Werner Herzog

Lo and Behold, Reveries of the Connected World is an eye-opening documentary that explores the past, present and future of the internet. Through the course of over two and a half hours, it reveals fascinating insights into how the Internet affects human interaction and its role in modern society.

Three is a Hong Kong-Chinese action film directed by Johnnie To. The story begins with a criminal shot in the head by the police after a botched interrogation. Once in the hospital, he refuses to undergo surgery to remove the bullet in his head so he can buy time for his gang to rescue him. The detective in charge of the case spots the plan but plays along with the secret intention of arresting the whole gang when they arrive.

This heartfelt comedy unfolds the story of a dachshund puppy that passes from one new owner to the next, connecting four different lives. Each owner has some dysfunctional story to tell, which is dramatically impacted by the arrival of the dog.

The Light Between Oceans – Derek Cianfrance

The Light Between Oceans is a powerful story of a lighthouse keeper and his wife who discover a baby floating alone in a rowing boat. They decide to raise the child as their own, a decision that later forces them to face the resulting consequences. This film is a tear-jerker but remains beautifully moving.

Certain Women, starring Kristen Stewart, tells the story of three women who carve out their lives in small-town America; one as a lawyer, one as a wife and the other as a ranch hand.