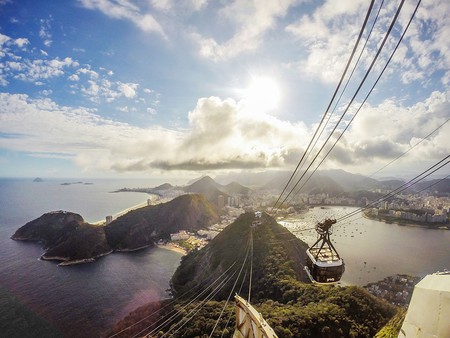 The view from the Sugarloaf mountain |© Tiago Caramuru/WikiCommons

As soon as you arrive in Rio de Janeiro it becomes clear why it has the nickname, Cidade Maravilhosa (Marvellous City); the development of a large city was never able to overcome the large rocky peaks and dominating rainforest that blends and grows with the urban setting. This unique combination creates some of the world’s most stunning and unforgettable views in the world.

Tucked away in the corner at the end of Copacabana’s long stretch of sand is the Copacabana Fort, a military base that is open to the public and offers amenities such as the Confeitaria Colombo, an immensely fancy cafe that serves delicious breakfast, coffee and lunch options. It’s from here that visitors can take in the sheer expanse of Copacabana beach as it curves around towards Leme, fringed with high-rise buildings to the left and an endless rippling ocean to the right. Keep an eye out for turtles swimming down below and enjoy watching the stand-up surf paddlers as they propel themselves out against the tide. 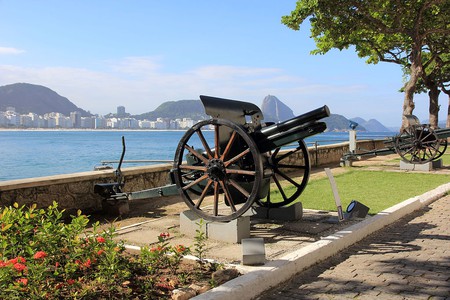 Pedra Bonita, meaning beautiful rock, got its name from the wide, bird’s-eye view across Rio you get from standing at its summit. The top of the peak is reached by a relatively easy wander up and opens out onto a large, flat crest. Looking to the right, the view reaches out to the west zone of Rio, one that is not commonly seen or visited by tourists, before sweeping out towards Barra da Tijuca. Continue moving your eyeline to the left and you’ll see the largest peak in Rio, Pedra da Gavea, before São Conrado comes into view and, way out in the distance, the Two Brothers peaks and a snippet of Lagoa and Ipanema. All of this is accompanied by the broad, oceanic horizon. 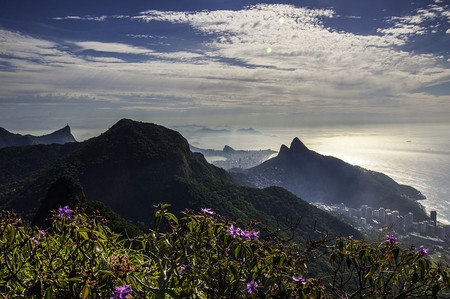 Located on the top of one of the highest points in Santa Teresa, Parque das Ruinas has privileged views that tumble down the hill and stretch out over Guanabara Bay, emphasizing the Sugarloaf mountain that steals the spotlight in the middle of the expansive view. On the other side of the park is an extraordinary view that overlooks the city center, a complex sight of tall buildings and urban life. The venue itself is a public park with an art gallery that has been built up around the ruins of an old mansion. It is often the host to live, outdoor concerts and cultural events, its bar inside being the perfect spot to pull up a chair, grab a drink and contemplate such stunning views. 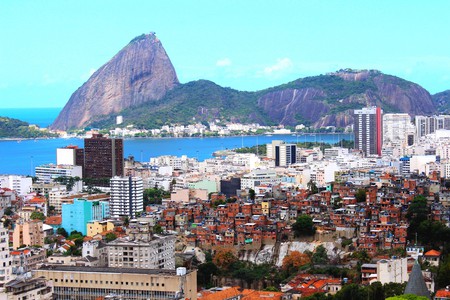 Christ the Redeemer is one of the most iconic monuments in Rio de Janeiro for good reason; the views from its base on Corcovado Hill are some of the best in Rio. The 360 degree panoramic over the city offers a unique opportunity to take in the visuals of the metropolis in one go. From up here, not only can you appreciate the enormity of Rio, you can tick off a list of the city’s most astonishing landmarks; the famous Copacabana and Ipanema beaches, the distinctive Sugarloaf mountain, the striking Guanabara Bay, the vast Tijuca forest and the endless Atlantic ocean. 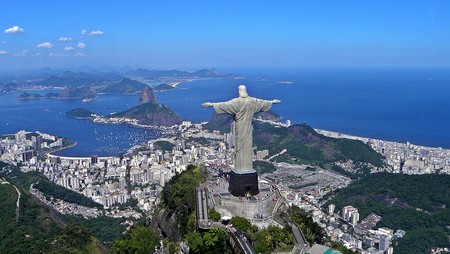 During the day Arpoador is the local hotspot for surfers with long, curving waves and transparent waters. The best time to go here though is just before the day ends. Head over to the Arpoador rock, a large rocky formation that juts out into the ocean and overlooks the long curve of Ipanema right the way over to Leblon until it reaches the final point of the Two Brother peaks. As the sun begins to set behind the two mountains, the lights of Vidigal favela one by one switch on until all the houses there are illuminated and the side of the hill flickers from the artificial lighting. Stay there until the sun sets to enjoy the pinky-orange sky and the silence-inducing views over the beaches. 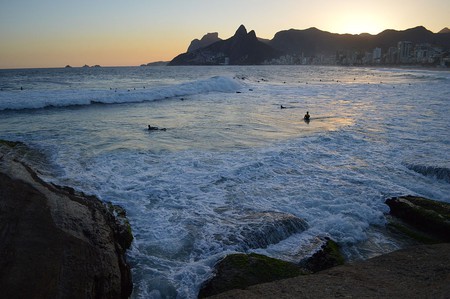 The view from Sugarloaf mountain captures all the beauty of Rio in one sweeping glance and is perhaps one of the city’s most rewarding sights as it factors in the whole experience of taking two cable car up to the top to witness it. At the summit the city unfolds below to showcase Guanabara Bay and its collection of yachts and boats that pepper the water as white specks, the vast oceanic skyline and the mighty Christ the Redeemer overlooking it all. The best time to go is near dusk for the sunset, which is one of the greatest natural performances you can witness in Rio.