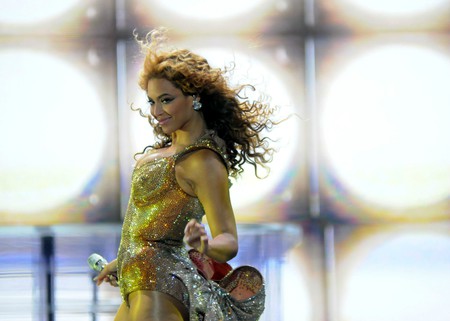 Beyonce has some very passionate fans | © A Ricardo / Shutterstock

When Charles Angels decided he wanted to be front of the queue to see Beyonce perform in São Paulo, he went all out. Along with three other friends, he packed up a tent and headed down to Morumbi Stadium before the singer was due to perform. Nothing that unusual there except this was two months ahead of her gig.

They weren’t the only ones though. Soon, they were joined by a whole crew of overeager fans desperate to be as close as possible to the majesty of Beyonce on stage and ready to wait it out on the cold, hard pavement.

’What other country camps to see Beyonce?’ one of them asks at the start of the insightful documentary Waiting For B.

Around the world, she’s known as Queen Bey but in Brazil, she has been elevated to the status of a deity by hardcore members of her Beyhive, many of which – as the film shows – are working class, LGBT and non-white. 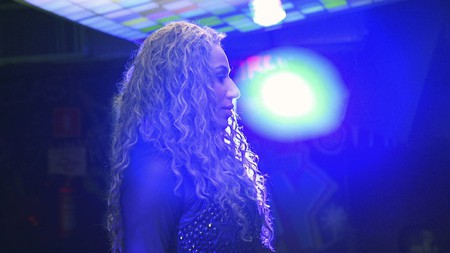 When co-directors Paulo Cesar Toledo and Abigail Spindel set out to make a film about Beyonce superfans, they didn’t realise they would be giving a voice to such a marginalised section of Brazilian society.

Paulo says: ‘That was one of the most interesting discoveries for us. Because we were initially attracted to this camp because of fandom. We had no idea we were going to find such a specific group of the Brazilian youth.’

In Brazil being gay, out and proud can cost you your life.

Between 2012 and 2016, nearly 1,600 people have died in homophobic attacks in the country, according to Grupo Gay da Bahia.

Beyonce strikes a chord with these young men and women.

Outside the stadium, in this little community, they have freedom to be who they are, be accepted unconditionally and revel in their queerness. 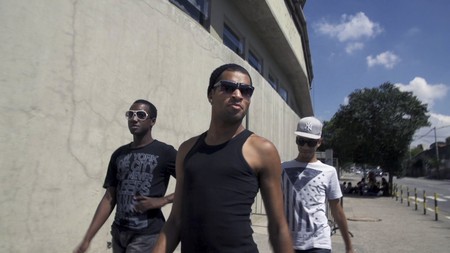 ‘We are aware of how brave it is to be yourself here because Brazil has the highest LGBT hate crimes in the world,’ Paulo explains. ‘The highest rate of transphobic murders in the planet, so when you imagine these kids walking around in drag – this is very small for the audience but very big from the Brazilian perspective.’

The kids are shown whiling away the days practising her dance moves, twerking, passive-aggressively keeping hold of their space – and of course obsessively analysing every single detail about their idol.

Beyonce and everything she stands for takes them away from the humdrum routine of their daily lives.

Abigail says: ‘It’s a type of empowerment that doesn’t necessarily ring true for every woman who’s out to prove women and men are equal, but for people who are ensconced in a macho society like Brazil she represents the polar opposite of the macho man.

‘She’s a different expectation of women than the macho society here dictates which is that women should be docile.

‘For gay men, they like to see that form of female empowerment, celebration of femininity, as an objective for how they choose to present themselves.’

Waiting For B, which is screening this weekend at BFI Flare: London LGBT Film Festival, is a sweet and uplifting film. It features a host of colourful characters as well as offering a look into the power of celebrity culture in Brazil.

As the fans bicker and joke around, the only time they’re in any way critical of Bey is when they lambast her for trying to make herself look more white.

Half of Brazil’s population is non-white but you wouldn’t know that from watching TV there – everyone is white and blonde.

Beyonce shows her fans that it is possible to be black and empowered. 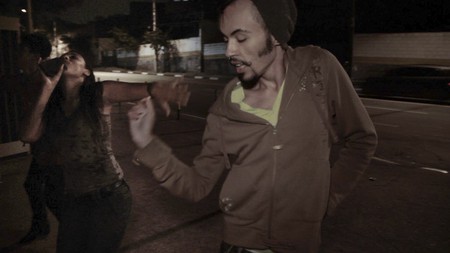 No wonder she’s looked up to as a goddess.

Abigail says: ‘It’s a Catholic culture so it’s already in everyone’s DNA to to put yourself in a position of humility and worship a greater thing. In this case, it’s Beyonce.’

But even if they have elevated her to this lofty position, she always remains an approachable presence. To them anyway.

As Paulo explains: ‘She’s their invisible friend because they love her music and she’s always there with them when they need her. We have a character in our movie, who says way before my family knew that I was gay, Beyonce knew.

‘When they left the house, they closed the windows and doors and danced to her music. So she is their partner in this really difficult period in their lives.’