Everything You Need to Know About Marcelo Crivella, Rio De Janeiro's Evangelical Mayor 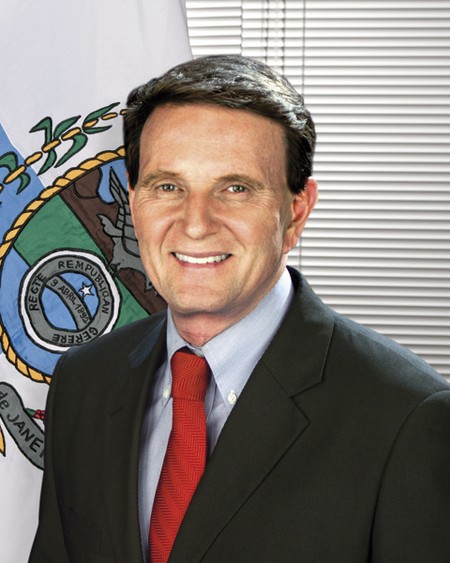 In 2016, Marcelo Crivella was elected as Rio de Janeiro‘s new mayor in a tense campaign against the other favoured candidate, Marcelo Freixo. Crivella has a broad background, significantly marked by his dedication to the Evangelical church which continues to have an influential role on his political actions. Here, Culture Trip takes a peek into his past life, where he was everything from a successful gospel singer to a missionary in Africa.

Crivella’s CV is wide-ranging and littered with various notable achievements, he has held positions as a mayor, politician, singer, composer, engineer, author, and bishop. His religious career started when he began attending the IURD – the Igreja Universal do Reino de Deus (translated as the Universal Church of God’s Kingdom). The IURD is one of the largest religious organisations in the world and has several daily programmes on Brazilian TV stations, some of which screen IURD content up to 20 hours a day. One of the main founders of IURD is Edir Macedo, Crivella’s uncle. It was this uncle who supported Crivella’s church profession, where he rose up the ranks, from priest to bishop. Civella’s belief system meant he also spent ten years as a missionary in several countries across the African continent.

Crivella is also an established engineer. Having graduated in Rio de Janeiro with a degree in civil engineering, he became responsible for planning and executing the Projeto Nordeste (Northeast Project) which aimed to turn abandoned land into productive agricultural areas. Crivella’s designs were largely influenced by work he had seen during trips to Israel which used certain techniques to increase land fertility.

Crivella was also a highly successful music producer, having worked as a composer and singer in the gospel music genre. In total, he created 14 albums which have so far sold more than 5 million copies, of these O Mensageiro da Solidariedade (The Messenger of Solidarity) was by far the most successful.

A political career soon tempted Crivella, and in 2004, 2008 and in 2016 he ran for Rio’s mayor. In 2004, he lost to Cesar Maia, later claiming that he suffered persecution from newspaper O Globo when they accused him of being involved in fraud. In 2012, under Dilma Rousseff’s regime, Crivella was made ministério da pesca e aquicultura (minister of fisheries and marine-culture), a role that he fulfilled for a few years. Finally, in 2016 he reran as a mayoral candidate in Rio de Janeiro. His biggest competitor was Marcelo Freixo, a left-wing candidate who was popular among many young voters. However, Crivella won the election and took up the post of mayor in January 2017.

Crivella is considered to hold conservative beliefs. He is strongly against legalising abortion and has raised alarm bells among many people for his several controversial comments regarding homosexual rights. In his book Evangelizando a África (Evangelicalising Africa) he criticises almost all other religious beliefs, linking many African rituals to the devil and expresses strong opinions against homosexuality. He also suggested that social, political and economic problems across the African continent come largely down to their religious beliefs. In a video that was published on YouTube in 2012, Crivella said homosexual people’s sexual orientation could be the result of an abortion gone wrong. These opinions were strongly countered by liberal activists, yet Crivella has since stated that he is against homosexual violence, and during the 2016 elections tried to further distance himself from his past statements.

Today, Crivella’s decision to not attend any carnival events or large African religious events has raised questions among those concerned that his religious standpoint may affect his political actions. For those who voted for him, he remains a popular and promising mayor for Rio de Janeiro.