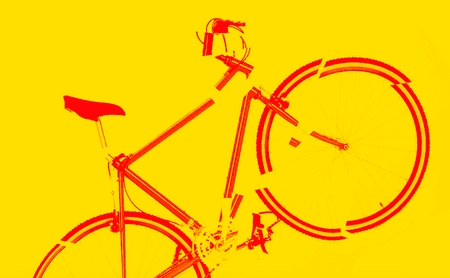 The Brazilian writer and translator opined on the presence of memory, the troubles with modern masculinity, and American interest in Brazilian literature.

Childhood memories are borne of two experiences, the virtual and the visceral. How easy it is to call lines from film, or the lyrics to a song, or even the characters from a video game, many years after one has engaged with them. Visceral memories can be as nostalgic, but because they aren’t bound to sentiment, they dig deeper into our psyche and by doing so complicate it. The anger over a parents divorce or the anguish over the death of friend or family can ghost us for years, until, that is, we choose to confront it.

Memories and bygone pop culture are a force in Brazilian writer Daniel Galera’s astonishing new novel The Shape of Bones, his second to be translated from the Portuguese by the acclaimed Allison Entrekin (Clarice Lispector, Fernanda Torres). There are two protagonists: the first is Hermano, a young doctor and outdoor sports enthusiast, who has been convinced by a bro-ish friend to ice-climb a remote Andean mountain. On the morning they are due to depart, however, the protagonist is unnerved by memories—of his wife and more intensely of a traumatic childhood experience. This is told through the experiences of a much younger Hermano, a typical kid who enjoys daredeviling on his BMX, reciting action-movie dialogue, and hanging out with his friends. But when a rivalry between the group causes the death of one among them, Hermano’s boyhood is forever changed. It’s while the older Hermano is driving to pick up his friend that this memory comes rushing back up, causing him to abruptly abandon the planned trip and drive on to his childhood home.

Galera, who lives in Porto Alegre where the book is set, was chosen by Granta as one of Brazil’s best young novelists in 2012. His first novel in English, The Blood-Drenched Beard, appeared in 2015 to rave reviews, cementing his status in America as a premier international literary talent. “The Urban Cyclist” an excerpt from The Shape of Bones published in the White Review, was selected as the Brazilian selection for our Global Anthology. Fluent in English, Galera is also a respected translator of American and English literature, including works by Zadie Smith and David Mitchell.

Galera was kind enough to answer a few questions regarding The Shape of Bones, Brazilian literature, and his current projects. 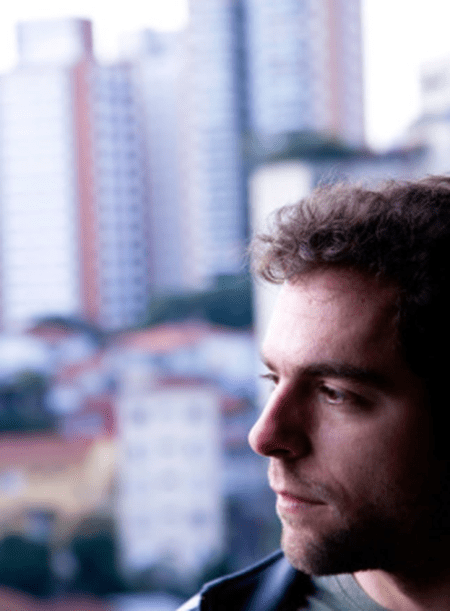 There’s a Proustian quality in the way you interact with memory in The Shape of Bones. Was it a memory of your own boyhood that prompted this work?
Among all my novels, The Shape of Bones is certainly the more intrinsically rooted in memory. There’s an interplay between two types of memory. The first is memory in the usual sense: episodes, details, sensations and feelings I remember from my own youth. The second type is more unusual, I think: what prompted the work was my recollection of stories I used to entertain in my imagination when I was a kid, as early as 8 ou 10 years old, long before I ever considered being a writer, and partly when I still lived in São Paulo. I mean all sorts of daydreams and flights of imagination, but also a set of consistent narratives that I’d imagine in the period of months and years, evolving them within my introspection, never sharing them in any way. They had characters, plots and turns that related to my own feelings, but also had to do with books, comics and action movies I’d devour in that age. Later, already in my twenties and with a first novel published, I was amazed to realize I still kept many of those stories in my mind. I saw them as proto-narratives from my younger self, and decided to adapt them to my adult worldview. It was a very unique process to me. The resulting novel is not autobiographic, most of the plot and characters are made up, but it is a very personal work, deeply rooted in my earliest imagination impulses. The novel’s structure is also related to that: the idea was to go back and forth in time, between teenage and adult age, but not simply evoking the past as flashbacks: I wanted the present to illuminate the past as well, show how they are connected in a way that is mutual rather than merely chronological.

This is such a physical story where you don’t let your characters forget that they have bodies. Is the title a reference to this focus? And why was the physicalness of the characters important for you to highlight?
The title in English is new, it was decided that “Horse Hands”, the original title, which is Hermano’s nickname in youth, didn’t sound so good in translation. But we came with The Shape of Bones, a wonderful title. It’s a phrase that appears in the book, when Hermano is punching himself in a climatic scene. It’s a very physical story, you’re right, and I think that could be said about most of my writing. From my very first short stories, I was always interested in exploring the body and all it means to us. The fact that we have a body, that is can appear to be both so estranged and close to our mind, was always fascinating to me. I also believe we can’t elaborate on our feelings and thoughts without bringing in the body somehow, otherwise the picture is incomplete. My interest in sex and violence as subjects for fiction has to do with that. When I refer to action movies such as The Road Warrior in the novel, I mostly want to bring up the physicalness of them, the way bodies are aestheticized in order to convey ideas about maleness, virility, heroism, honor, but also frailty, vulnerability, death. Many great filmmakers get this: David Cronenberg, Paul Verhoeven, Claire Denis. In my novel, Hermano is deeply fascinated with graphical violence found in movies and comics, and subjects his own body to real and symbolic violence in order to deal with his frustrations and unfulfilled desires. He struggles to deal with what being “a real man” means in his social context, he’s both attracted and repelled by those roles.

Hermano is a complicated and perhaps traumatized character, yet he still gets to be a hero near the end of the book. But it also seems as if he plays right into this role. Do you think that his sense of morality has been somewhat informed by these action-vigilante fictions? And in general, as entertaining as action films or say first-person shooting games are made to be, do you think that they they have had adverse affects on masculinity?
I don’t believe violent movies or shooting games can turn young people into psychos, let’s be clear about that, but yes, they certainly helped shape the models of masculinity that predominate in modern pop culture, a mix of stoicism, mastery of nature, worship of technology, brutish virility, sexual competition, supremacy by means of violence and a Christian sense of purification or redemption through physical suffering. But that kind of male iconography is in crisis. We must thank feminists for challenging and exposing what’s ridiculous or harmful about many of the values and behaviors associated to that kind of masculinity. Ironically, this turns men into very interesting characters again, because they need to adapt, fit new roles, understand other feelings and expectations. I like to see Hermano as one of those men crossing that bridge, sensing there’s something wrong or outdated in what they learned before about what “being a man” means. I don’t think he succeeds, actually. The scene you mention, where Hermano gets to be the hero he always fantasized about, coincides suspiciously with an event from his past, so the reader may be tempted to interpret it as delirious.

The translation by Allison Entrekin does a great job of bringing a lot of colloquialisms from the Portuguese into English. I particularly enjoyed all the nicknames and dialect, which brings out a certain punchiness to the text. How involved are you with this translation? What were some of its challenges?
I was in contact with Alison throughout the translation. She didn’t need much help, but I could clarify some very specific details about the book’s setting and pop references. The teen character’s nicknames were also a problem at times; some were racist, for example, and I wanted to keep that, for the sake of verisimilitude. I thinks her biggest challenge had to do with the verb tenses in some chapters, there’s some confusing back-and-forth moves between historical present and past that can be tricky to translate, since verb tenses in Portuguese and English do not always correspond neatly. But Alison nailed it.

You have a strong relationship to the English-language as both a writer and a translator of its literature. Because a lot of contemporary Brazilian writers aren’t as widely known to British and American readers as you might be, do you see yourself as a sort of ambassador of contemporary Brazilian literature? Are there any contemporary writers from your country that you would like to see in English?
I certainly don’t see myself as any sort of ambassador, since my work can’t possibly represent all the diversity of voices, themes and styles in contemporary Brazilian literature. In recent years, there was a brief boost in translations to English, motivated by Brazil being guest of honor in the Frankfurt Book Fair, and also a rising economy and political influence in Lula’s first term as president. That’s over now, we are back to our usual business of potential wasted by corruption and inequality, and among the many disasters of our current crisis, the Ministry of Culture was briefly dissolved and then resurrected in a sad shape. Anyway, Brazilian literature benefited from that temporary wave of translations, but it’s still very peripheral in the foreign picture. I certainly hope publishers worldwide will keep supporting Brazilian authors as my publishers are doing for me. It takes commitment more than best-sellers. Beyond canonical authors such as Machado de Assis, Clarice Lispector and Jorge Amado, amazing writers such as Hilda Hilst and João Gilberto Noll are getting some foreign recognition, and I’d love to see more of my contemporaries being more widely read in English, such as Paulo Scott, Joca Reiners Terron, Elvira Vigna, Lucrecia Zappi, and Victor Heringer.

What plans do you have for this publication? Will you be coming to the US anytime soon? And what work of yours would you next like to see in English?
There no plans of a US tour or anything, even though I’d love to do that. But I hope to visit the US again soon, I have some family there, so I’d love to travel around the country, and of course, I am a passionate reader of American fiction. I hope Trump will let me in and not do much more damage than he’s already done. And I’m happy to say that Penguin Press has acquired rights to publish my latest novel, Meia-noite e vinte (Twenty Past Midnight).

Who in American fiction has recently excited you? Are you working on any translations at the moment?
I just finished translating Zadie Smith’s Swing Time. I recently loved reading Rachel Kushner’s The Flamethrowers and Don DeLillo’s Zero K. I just bought Borne by Jeff VanderMeer. Really looking forward to that one.

The Shape of Bones is out on August 15 with Penguin Press.