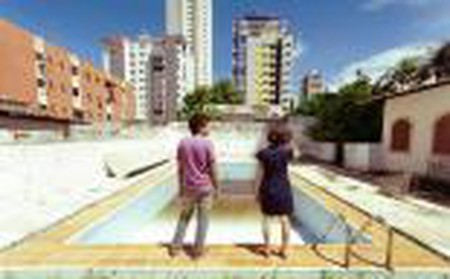 When City of God was released in 2002, it brought the gritty lives of street kids to an unsuspecting global audience. Its legacy lives on as proof that a film can be immensely successful while depicting a harsh truth about the realities of urban life in Brazil. Here are some other examples.

This is not a lightweight love story. Leon is a sociology student and has a girlfriend called Leticia. He shares a flat with Paulo, a slightly unstable medical student who explicitly abides by his own philosophy: “It’s forbidden to forbid.” He starts to harbor feelings for Leon’s girlfriend. Yet he also develops a bond with Rosalinda, a patient dying of leukemia. She wants Paulo to find her children — who are living in the slums — before she dies. Many themes emanate from this film, including friendship, social class, racial issues, and police brutality. There is even a survey of the architectural landscape of Rio de Janeiro, as Le Corbusier‘s Brutalist buildings are juxtaposed with what Leticia calls “an ocean of slums.”

After City of God, director Fernando Meirelles produced a spin-off TV series called City of Men. Such was its success in Brazil, Meireilles decided that it should be made into a movie. Douglas Silva re-created his City of God role as the bloodthirsty Li’l Dice. Directed by Paul Morelli, City of Men shares the same tone and style as its predecessor. Two close teenage friends share a burning desire to find their respective fathers. Their friendship is of great solace in the context of an all-out power struggle between gangs in the favelas. However, this valuable bond is shaken to the core by a terrible discovery concerning their fathers’ past.

BOPE is a notorious military unit in Brazil that specialises in urban warfare against drug dealers in the favelas. Set in 1997, Elite Squad centres round the BOPE Capitan Nascimento: a weary man in his early thirties suffering a psychological crisis. He decides he wants out of this violent and corrupt organization, realising the whole premise of his job is flawed: violence can be used to control violence. So for the sake of his family and to save his own sanity, he attempts to find a suitable successor. José Padilha, director of Bus 174, used a documentary method to make this fictional film. He invited a former Elite Squad member to write the screenplay with him. So there is a real authenticity in this fast-paced drama, which illustrates the deep-rooted socio-economic problems in Brazilian society.

‘Go become a musician you vagabond!’

This entertaining documentary pays tribute to an icon of Tropicalism, a colorful cultural and musical revolution that created anarchy during a military dictatorship in 1968. The film follows Tom Zé on his European tour, climaxing with a gig at the Montreux Jazz Festival. Though the jocular Tom is in a different continent, he is always acutely aware of his own distinct Brazilian identity. At one point, the viewers get taken on a detour from Turin to his humble origins in Irará in Bahia, revealing how pivotal the city was to the formation of this unique avant-garde musician. We also hear from several talking heads, such as leading protagonists of Tropicalism: Gilberto Gil and Caetano Veloso. David Byrne also makes an appearance, as the instigator of Tom’s revival in the 1990s; he had slipped into obscurity after Tropicalism abruptly ended in 1968.

Walter Salles first came to prominence as the director of Central Station (1998). Since then, he has directed The Motorcycle Diaries (2004) and On the Road (2012). His last Brazilian film was a collaboration with Daniela Thomas called Linha de Passe. It follows four young half brothers from a fatherless family in Sao Paulo. Each has chosen different avenues to try to escape poverty. For example, Dario strives to be a professional footballer, while Dênis works as a motorcycle courier. Linha de Passe is a gripping drama, steeped in social realism, that reflects Sao Paulo as a furnace of social unrest and urban alienation.

Vik Muniz is a very commercially successful visual artist, readily incorporating everyday materials into his artwork. However, as he states in this touching documentary, he finds the world of Fine Art a very restrictive place to be. Therefore he decides to venture out and spend two years of his life at Jardim Gramacho – home of the largest landfill in the world. It is a place where seemingly everything that is not needed goes, including – tragically – displaced and marginalized people. Muniz uses recycled material from the garbage dump to compose incredible portraits of the workers at Jardim Gramacho. He endeavors to sell the artworks at an auction to raise money for them. By being involved in the artistic process, the workers gain self-esteem and a renewed sense of purpose. Vik ends up developing a strong emotional connection with this charming community on the outskirts of society.

This film is an adaptation of a renowned Brazilian Modernist novel of the same name written by Jorge Amado. The story focuses on a gang of enterprising street kids led by the charismatic Pedro Bala. When the kids are not committing petty crimes, they are busy womanizing, playing cards and doing some capoeira. Their picturesque headquarters, an abandoned castle by the sea in the coastal town of Salvador in Bahia, is certainly a seductive setting. The opulent aesthetics of the bold colors of 1950s Brazil jump off the screen and entice you into the film. Captains of the Sands is not as gritty and high-octane in its depiction of street kids as City of God, though it ends with rousingly with a cry for a better future.

Fictional Jotuombo is a remote rural village consisting of a small, ageing community devoid of youth. At the beginning there is hardly any dialogue, with the sole focus on Madelena’s daily routine: from baking bread before the sun rises to attending mass later in the day. One day, her daily rhythm is interrupted by an off-chance encounter with a young photographer called Rita. They soon form an endearing bond, as Rita’s photography prompts Madelana to reconnect with her memories. It is a minimalistic and slow-paced film, with silence existing as a highly valued commodity. Director Julie Murat’s sumptuously poetic film is interlaced with humor.

Neighboring Sounds opens with a montage of black and white photos capturing poor plantation farmers in Pernambuco. Then the audience is propelled into the affluent suburbs of modern-day Recife, capital of Pernambuco. The wealthy live in this part of town, while the less fortunate get paid low wages to work here. Director Kleber Mendonça Filho utilizes wide-screen shots — and close-ups sparingly — to cement the characters within this environment of concrete high-rises. Consequently, it seems that the architecture reinforces the social divisions. Also, a private security firm moves into the area, after a spate of burglaries, to create peace of mind but this only seems to accentuate paranoia. Filho expertly explores alienation in an urban environment, as well as Brazil’s entrenched class prejudices.

Seminal events in Brazilian history are depicted in this ambitious adult animation film created by Luis Bolognesi. At the core of the story is an immortal hero searching for a woman he has been in love with for over six hundred years. Three seismic moments in the history of Brazil are given awe-inspiring animated treatment: colonization in 1500, slavery in 1800, and the military dictatorship at its peak in the 1970s. Then the viewers are transported to 2096, when a war for water is occurring. It is a brave political film that has won many plaudits for providing an original perspective on Brazilian history.