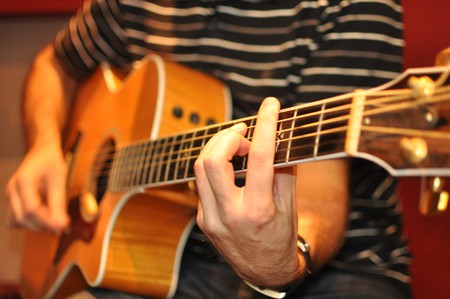 The late 1960s in Brazil saw the emergence of a short-lived, though immensely prolific musical movement: Tropicália. Combining genres like samba or forró with experimentalism and psychedelia, Tropicália engaged with political issues that had real relevance for Brazil, which at the time was living under a military dictatorship. It is not surprising that many Tropicália artists were persecuted and exiled by the Brazilian government. Below are the 10 best Tropicália albums. 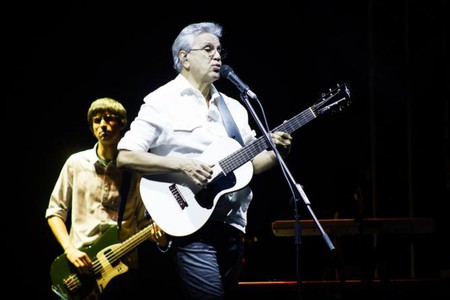 This is the manifesto and benchmark of the Tropicália movement, the album that formed the group and gave it its name. Gathering a variety of musicians and bands, including Caetano Veloso, Gilberto Gil, Tom Zé, Gal Costa, and Rogério Duprat with band Os Mutantes, Tropicália is a who’s who of some of the most important musicians in Brazil over the past 50 years. The opening of the first track, “Miserere Nobis,” sets the tone for the revolution that was this album’s iconoclastic appearance; a pious tune played in a church organ is interrupted by bicycle bells and drums, followed by four minutes of psychedelic samba.

Caetano Veloso remains, to this day, one of the most popular and internationally famous singers and composers from Brazil. The beginning of his career was with the Tropicália movement, and his eponymous 1968 album is one of the best examples of his early output. Its second track, “Alegria, Alegria,” became one of the most identifiable songs of Tropicália, mixing references to pop culture and commenting on social issues with a bittersweet melody. Caetano was one of the most politically active musicians of the time, spending three months in prison in 1968 and 1969 and eventually leaving for exile in Britain until 1972.

Often collaborating with Caetano Veloso, Gilberto Gil shared with his friend and fellow artist the experiences of prison and exile. His 1968 album is one of the most rock-influenced works of the Tropicália movement, as heard by the use of guitar riffs in track seven, “Procissão.” The tracks also wield a backdrop of drums and rhythms from his native Bahia state, where he originally met with Caetano and his sister Maria Bethania, starting their lifelong friendship. More recently, from 2003 to 2008, Gilberto served in the Brazilian government as Minister for Culture, keeping his long-standing commitment to music and politics.

Ronnie Von was a transitional figure in Brazilian music, achieving popularity through his association with the Jovem Guarda group in the mid-60s, a movement close to French yéyé and the British mods. His nascent fame led to a television show where he actively introduced Caetano, Gilberto, Os Mutantes, and the Tropicália movement to wider audiences. His 1968 album signals his distancing from the upbeat, pop sounds of Jovem Guarda and is a full-fledged prog-rock reworking of Brazil’s musical roots. Although less known today than most of the names in this list, his significant contribution to Tropicália earns him a place in Brazil’s music pantheon.

The best-known band of the period was Os Mutantes, formed in São Paulo by Arnaldo Baptista, Rita Lee, and Sérgio Dias, occasionally joined by Liminha and Dinho Leme. With a sound heavily influenced by 1960s psychedelic music, Os Mutantes were established by Ronnie Von as symbols of Tropicália on his TV show, but as the movement was broken over Caetano and Gilberto’s arrests, the band lost some of its momentum. Singer Rita Lee would go on to establish her own very successful solo career. This is their first album, a legend among Brazilian musicians, with songs and special features by other Tropicália figures, notably Caetano and Jorge Ben.

Like Ronnie Von, Duprat is sometimes forgotten among the giants of Tropicália, but the fact that he arranged and produced almost every single album of the movement makes him a crucial player of the period. Trained in classical music, Duprat would tweak and tune compositions by other members of the group to give them a dash of tonal sophistication, seeking to break the barriers between popular and erudite music. His interest in electronic music led him to become a pioneer of the field, composing the first ever computer-generated song in Brazil as early as 1963. In A Banda Tropicalista do Duprat that experience comes to front in an album that foreshadows 1970s electronica.

The forgotten muse of Tropicália, Nara Leão was already a well-established and precociously talented singer when Caetano, Gilberto, and friends started releasing their first songs. Born in 1942, during the late 1950s and early 1960s Leão met with grandees of Bossa Nova such as Vinícius de Moraes and Sérgio Mendes in her family home in Rio, taking part in that development in a Brazilian music closer to American and European Jazz. As she matured, Leão became closer to Tropicália’s political messages and took part in the manifesto album of the movement. Eventually she came back to the fold of Bossa Nova and even traditional samba, but her 1968 album testifies to her engagement with musical experimentalism.

The mystery man of Tropicália, Tom Zé was one of the figureheads of the movement when his albums came out, only to disappear into relative obscurity for several decades, until Talking Heads’ frontman David Byrne introduced him to international audiences during the 1990s. Born in Bahia, Tom Zé delivers a performanceon his first album that relies heavily in storytelling and a blend of folk and cabaret music, not unlike Kurt Weill some decades earlier. Together with Caetano and Gilberto, Tom Zé is one of the most overtly political musicians in this list, mordantly criticizing the brutal repression of the military junta that ruled Brazil and corruption in high spheres.

Born Jorge Duílio Lima Meneses, Jorge Ben is perhaps the most mercurial of the musicians in this list, changing styles and mixing widely different influences in a career that spans five decades, moving from samba, bossa nova, and rock to jazz, blues, and, more recently, hip hop. The fusion of genres of Tropicália drew him to its orbit, and his 1969 eponymous album is the best example of this tropicalista period, bringing some jazzy beats and tempos to lyrics that satirize Brazilian politics and society. Notably, Jorge Ben is also the composer of one of the most recognizable Brazilian tunes, 1963’s Mas Que Nada.

The Brazilian Janis Joplin, Gal Costa is right up there with Os Mutantes’ Rita Lee as one of the most prominent female performers in Tropicália. The songs in this album are all closer to the rock influences of the movement, with Caetano’s and Gilberto’s compositions such as “Cultura e Civilização” and “Cinema Olympia,” mixing with Ben Jor’s Mali inspired “Tuareg.” There’s even a tribute to Jovem Guarda’s softer tunes in “Meu Nome é Gal,” written by Roberto Carlos and Erasmo Carlos, core members of the earlier group and, to this day, important representatives of Brazilian pop music.