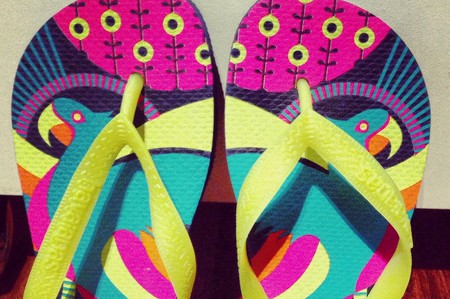 The now infamous lava-jato (car wash) scandal involving Petrobras, several large construction companies, the Brazilian government, millions of dollars of bribes and money laundering has plunged the country into a deep political crisis causing the economy to stutter to a halt. Whilst the corruption issue is far from resolved, an unlikely brand has suddenly found itself in the center of it all – the Havaianas flip-flop.

J&F Investimentos, a private investment holding company owned by the Batista family, was accused in May of bribing approximately 1,900 politicians, contributing to the country’s current political and economic turmoil. They were fined a total of $3.24 billion in corruption charges. In order to help pay for this fine, they are selling their 86% stake in Alpargatas – the company that manufactures the Havaianas flip-flop – to three Brazilian banks who accepted the offer at $1.1 billion. The funds from this sale will help pay the $3.24 billion fine. 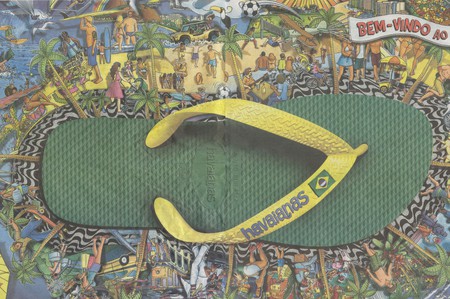 Although J&F Investimentos have a long way to go before they raise the necessary amount to pay their fine, the recent sale raises a separate interesting point. Just how did Havaianas go from the chinelos de pobre (poor person’s flip-flop) in 1962 to a billionaire company and international success?

Havaianas built their brand image and concept on their Brazilian roots – a care-free, beach-centric brand that is ideal for casual days on tropical coastlines. They were first sold in 1962 from a small shop in Brazil and were made with the intent of practicality and came in just one blue and white-design. The design was based on the Japanese sandal Zori and was the first of its kind in Brazil. Prior to Havaianas arrival, sandals were made from leather, a factor of German immigration that brought over leather-making skills and designs. These new flip-flops were made of rubber yet were marketed purely for the working-class population.

The beginning of a new direction for Havaianas came at the end of the 1960s, when an accidental glitch made a green pair of flip-flops that proved popular. By the 1990s, Havaianas began experimenting with different prototypes and closing deals with brand partnerships. This allowed them to mass produce and vary their offerings. Whilst they still targeted the working-class sector, they also created new designs for the emerging population that had more money than ever before. 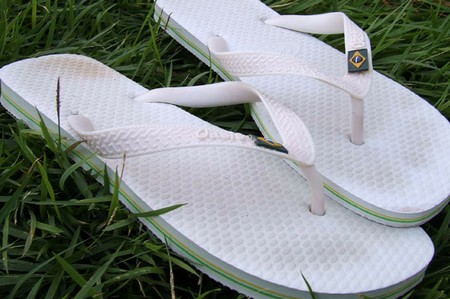 By the early 2000s, the brand expanded to Europe, America and Asia, becoming a globally-recognized flip-flop brand. With Hollywood stars such as Jennifer Aniston spotted sporting a pair, Havaianas suddenly appealed to the luxury sector too and versions with Swarovski crystals were created. The brand came to represent one of the most outstanding fashion upgrades in history.

Although the image of the brand is casual and fun, they have played a major role in contemporary style by blurring the line between daytime casual and evening nights out. Havaianas are usually perfectly acceptable as replacements for high-heels or fancy flats, especially in coastal cities such as Rio de Janeiro. They compete in the market against brands such as Ipanema who, even with Gisele Bundchen as the face of their brand, are still unable to knock Havaianas off the top spot as the global brand for flip-flops.

Yet it seems Havaianas’s success will just keep growing. The new owners of Alpargatas want to increase and speed up international expansion by targeting other tropical countries, in particular the U.S.A. One of the new shareholders is Alfredo Egydio Setubal, the president of Itausa who joined with Cambuhy and Brasil Warrant – both companies of Moreira Salles – to buy Alpargatas. Currently, Havaianas is exported to more than 100 countries although only 16% of annual revenue comes from abroad. The new owners are planning new marketing strategies to increase international sales and overall profits.

Despite the associated corruption scandal, not everyone has linked Havaianas to it. Some locals have boycotted products from the J&F Investimentos company, yet the overall effect has been relatively insignificant. It looks like the iconic flip-flop is putting the past behind it and moving on to greater things thanks to the ambitious plans of its three new owners.