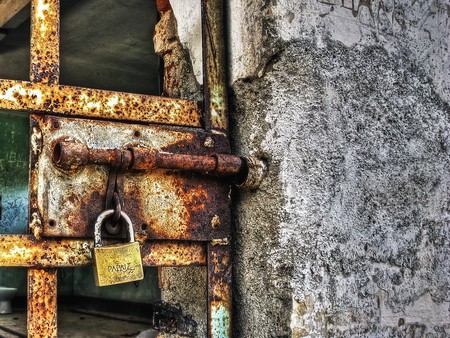 Ilha Grande is an island off the coast of Brazil‘s Rio de Janeiro, with white beaches and crystal-clear waters. Though a popular holiday destination today, it used to home some of Brazil’s most dangerous criminals in Candido Mendes, now an abandoned prison. Here’s everything you need to know.

The history of Candido Mendes began with Lazareto hospital. With immigration rising in Brazil, the government decided a new hospital was required, one that was isolated to contain contagious illnesses away from the rest of society. Ilha Grande seemed ideal – it was practically deserted, wasn’t far from the mainland, and was inbetween São Paulo and Rio de Janeiro, the two main destinations for immigrants.

By 1886, Lazareto was in operation as a hospital and a few years later, an aqueduct was built to supply fresh water to the overcrowded wards. 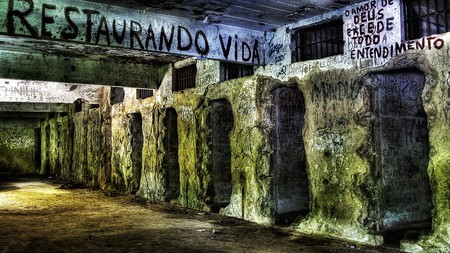 The hospital bought a growing population to the island and by 1903, a small prison known as Colônia Correcional de Dois Rios was constructed to house local troublemakers and drunks. Around the same time, Lazareto was gradually being repurposed as a military prison. It closed down in 1913, only to reopen in 1930 during the government of Getuilo Vargas to once again lock up military and political prisoners. By 1942, Lazareto was renamed Colônia Candido Mendes and was officially declared a prison. By then, Ilha Grande had two fully-functioning prisons and was fostering the initial growth of some of the most powerful criminal organisations Brazil will ever see.

The development of Candido Mendes

In the meantime, the Dois Rios prison was undergoing significant reforms to create high walls and fortified walls to turn it into a maximum security prison. In 1954, prisoners from Candido Mendes were transferred to the Dois Rio prison before closing down the former to keep all the criminals – petty criminals, murderers, and political prisoners – together under one roof. Dois Rios was renamed Candido Mendes (the same as the other prison) and the original Candido Mendes was eventually imploded by the government in 1962. To this day, it is remembered as Lazareto and the only part that remains is the aqueduct and a skeleton of the former architecture. 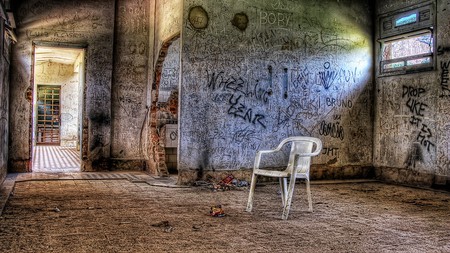 The new Candido Mendes was now Ilha Grande’s only maximum security institute. In 1964, Brazil faced an enormous political revolution when the military coup installed an aggressive and repressive dictatorship. Enemies of the government – ranging from politicians and activists to writers and musicians – were rounded up and taken to Candido Mendes by the boatload. The mix of political activists and petty criminals led to the growth of Comando Vermelho, one of Brazil’s most violent and illegal gangs. By 1979, the gang was establishing their roots in the prison, wrestling for control against the wardens.

In 1985, Candido Mendes witnessed its most spectacular escape; Jose Carlos Encina, known as Escadinha, escaped the prison in a helicopter. Witnesses later said that his wife had come to visit and they used their time to stroll in the prison’s gardens. While they were there, a pre-arranged helicopter flew down and picked them up.

Candido Mendes comes to an end 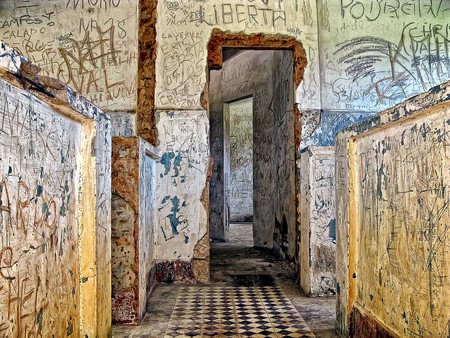 Athough the prison was closed, one inmate stayed behind. Julio de Almeida had been previously sentenced to a total of 28 years in Candido Mendes prison for accounts of theft, murder, and attempted escape from prison. However, he was praised for his good behaviour in prison, winning him favourable conditions during his sentence. He was began working in the prison’s kitchens, cooking for over 1,000 inmates. When the prison shut down in 1994, he was released. Yet with no job and nowhere to go, Julio de Almeida stayed in the prison, creating a new home as a free man in Ilha Grande. Now in his 80s, he still remains on the island, a living reminder of a tainted, complex past that hides behind its image as a pleasant tourist spot of today.