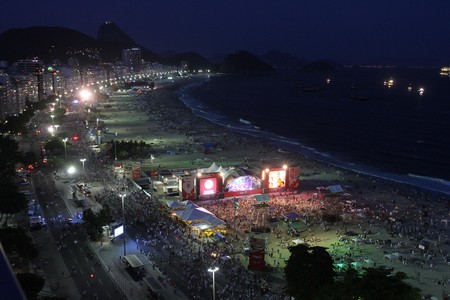 Spread out across the vast coastline and extending inland for miles, discovering the bounty of Rio de Janeiro’s nightlife can be an overwhelming challenge, yet it is facilitated by regional divisions that cater to different crowds. For those in the know, the city offers an array of experiences from authentic samba nights to jet-set evenings of champagne and fancy cocktails. Here’s Culture Trip’s neighbourhood guide to Rio’s Friday night parties.

A once edgy part of town best avoided at night, Lapa is now Rio’s most famous and thriving nightlife spot. Prevailing bars and clubs draw in huge crowds on Fridays, leaving little room for modern establishments to sneak in. The large street parties that gather around Arco de Lapa and trail up Avenida Mem de Sá pull in a mix of tourists and locals, both young and old, that mingle together whilst sipping on strong caipirinhas during the humid nights. The famous Rio Scenarium is a three-storey club, eccentrically decorated in antiques and vintage items, and represents the many genres of Brazilian music on Fridays. Head to Circo Voador for one of the city’s best music venues. Lined with palm trees and with a central sunken stage, it has become a renowned platform for international and national underground bands and singers. Fridays always have live shows there, and it’s worth checking the schedule on their site. Fridays on Lapa don’t discriminate, welcoming party-goers of all ages and tastes. 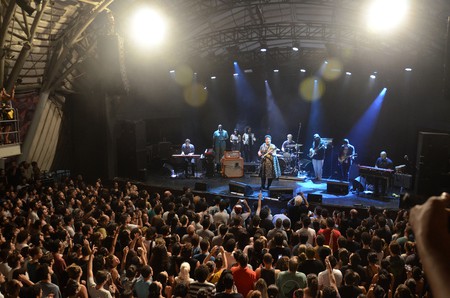 With a great year-round climate, the balmy tropical nights of Rio de Janeiro set the scene for outdoor Friday parties. Arco de Teles begins at an obscured archway and extends down a winding cobbled path flanked with low colonial buildings. During the day, a small number of nonchalant bar-restaurants open their doors there, reeling in the few passersby that drop by for lunch. At 6 pm on a Friday, the place transforms, as a cheerful flock flee the surrounding buildings and stop by for a happy hour that continues well into the early hours. The crowd is a giddy mix of suited business workers and casual, summer-attired guests, creating a refreshing mix of young and middle-aged people. Just round the corner, Praça XV, a large outdoor square, draws in the 18–35 age group. The live bands represent several music genres, from samba to reggaeton, and street vendors patiently fuel the mob with cold, canned beer. 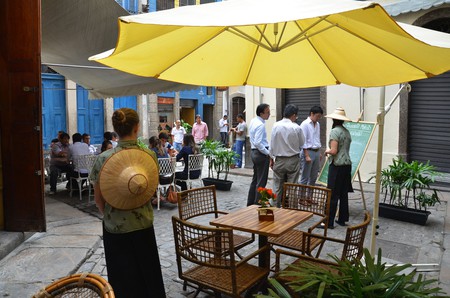 With its pristine beaches and flourishing restaurant and bar scene, Ipanema is one of Rio’s most in vogue neighbourhoods. Late-night bars abound around here, although the clubbing scene remains thinly spread. Belmonte offers the post-beach crowd a friendly setting for some cold chopps (typical Brazilian-style beer), welcoming later arrivals with alluring pies and pastels. Canastra attracts a crowd from the mid-20s up, drawn in by locally produced wines and regional cheese. Irish bar Shenanigans effortlessly reels in foreign travellers with its imported beers, pub grub and international crowd. Rua Farme de Amoeda is the local gay street that bustles and heaves on Fridays with Ipanema’s beautiful crowd that comes together to chat and mingle. While Ipanema is mostly middle-class, Londra in the Fasano hotel becomes the meeting point for Rio’s high-flyers and famous on Fridays. The lavish décor matches the outfits of the guests, and drinks are appropriately expensive. 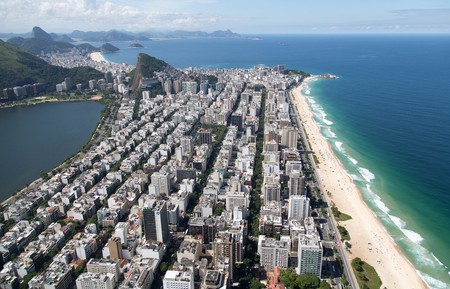 While Gavea has some notable daytime attractions such as the culture- and science-rich Planetarium, its real value is evident at night when waves of students and young professionals head there on Fridays to let their hair down after the weekday routine. Baixo Gavea, a square surrounded by cheap and cheerful bars, is a good starting point where the throng spills out of the bars and into the street, swigging low-cost beers and strong caipirinhas. The crowd is often an almost equal mix of foreigners and Brazilians, being a favoured hangout for international exchange students. For those animated few who want to party ’til dawn, Zero Zero offers a dressy Ibiza-style restaurant-club that gets going around midnight on a thrilling mix of techno, house, and electronic music. Palaphita Gavea draws the 18–30 crowd to its chic, semi-outdoor venue that offers lakeside views and talented live DJs representing various genres. 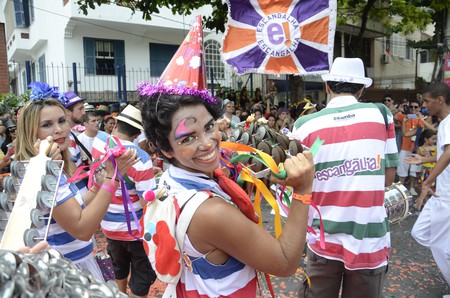 A once humdrum neighbourhood, Botafogo has transformed into a flourishing hipster haven with a solid handful of up-and-coming bars and restaurants. Places such as Winehouse and Le Depanneur attract the late 20s and older crowd, the appeal lying in the good wines and accompanying food. The row of lively bars on Rua Nelson Mandela draw in the post-work crowd in mass, celebrating the beginning of the weekend. Comuna is an inspired hipster hangout, popular for its mean homemade hamburgers and imported long necks. For late-night clubbing, party-goers head to Casa da Matriz for its indie-rock and pop music, or Bar Bukowski, a local temple of rock and metal music that pulls in a slightly older crowd. 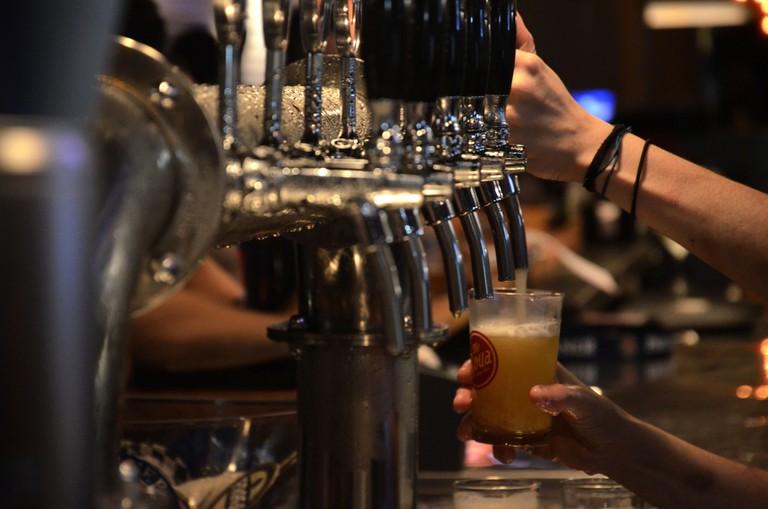 Copacabana offers the most diversity in terms of nightlife, and on Fridays, it transforms into a booming nightlife scene for all tastes and ages. Post-beach goers or those looking for a somewhat casual night head to the beachside kiosks for a breezy evening of chilled beers, caipirinhas and Brazilian food. Pub Escondido – Hidden Pub – is trendy among beer-lovers who overlook the high prices in favour of the large selection of both national and international craft beers. Pavao Azul‘s low key and understated charm encapsulates all the characteristics of a typical Rio boteco (Brazilian bar), making it wildly popular on Fridays, with the chance of getting a seat radically disappearing by 7 pm. Local clubs, such as Fosfobox and New Mariuzinn, attract a young, student crowd, leaving young professionals favouring Botafogo or Lapa for late-night parties.

Copacabana at night | © Rafael Moraes | Riotur / Flickr
Give us feedback