A Guide To The LGBT Scene In Rio De Janeiro 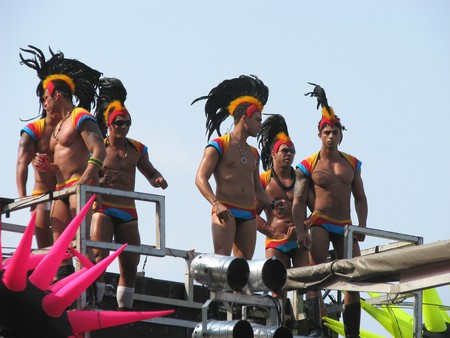 Rio is a gay hub in Brazil, with its beautiful gay-friendly beaches, clubs and bars as well as its annual carnival and gay pride. In Brazil, it is common to see ‘GLS’ for gay events, which translates to Gay, Lesbian and Sympathizers (a term for heterosexuals), and is often printed on flyers for parties. With no law against homosexuality in Brazil, enjoy our guide of the LGBT scene in Rio.

There are several parts of the main tourist beaches that have become known as local LGBT areas and are safe, gay-friendly spots that are perfect to relax, drink and mingle with others.

The most famous beach hotspot for the gay community in Rio is in front of Rua Farme do Amoedo in Ipanema, easily identified by its large rainbow-colored flags. With the promenade and the beach separated by a fringe of palms and grasses, it gives the area a feel of exclusivity, and the view makes it even more special. Filled with beautiful people, plenty of caipirinhas and the occasional beat of electronic music drifting in the area, this is the spot to go. There are regularly people here handing our flyers for the top parties to go to that weekend, so keep a look out. 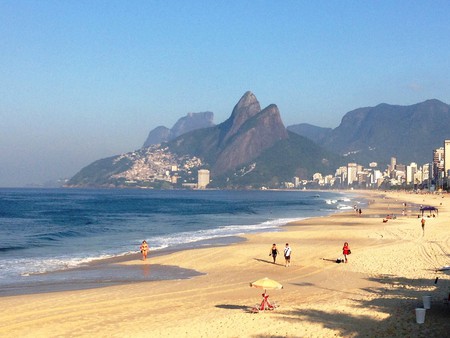 The stretch of sand in front of Copacabana Palace is informally known as Bolsa and is the gay strip of the beach. Here it is a favorite hangout with the transgender community and the atmosphere is open-minded and liberal. There are several nearby beach stalls (barracas) that serve strong caipirinhas and snacks too.

This beach is part of a preservation area in Barra da Tijuca. Although not classified as a gay beach, it is gay-friendly and becoming a bit of a hub within the gay population. With white sands and enclosed by the vegetation from the Atlantic forest, it’s stunning, yet a bit further away from the usual tourist areas.

While not exclusively gay, Abrico is gay-friendly and a nudist beach, so feel free to go around in your birthday suit. Off the beaten track, it is accessible through Grumari, which is at the far side of Barra da Tijuca. Be careful when taking photos there; though selfies will probably be overlooked, photos of the beach and its visitors can get you kicked out. 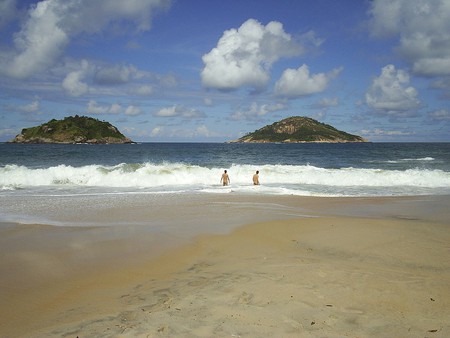 For restaurants and bars, Rua Farme de Amaedo in Ipanema is the main gay hub, which can get crowded on the weekends. For after-parties, there are a few gay clubs in Rio that go on until the early hours.

One of the most popular nightclubs in Copacabana is Le Boy, which gets lively around 1am and continues until past sunrise. With dance music and live drag shows, this flamboyant venue is packed with action and surprises, guaranteeing a memorable night.

Around New Year and Carnival, The Week has huge parties that attracts hundred of club-goers and is arguably the best gay club in Rio with its large dance floors, lounges and drinks being shifted out quickly at the bar. The audience is mostly men, and after one or two drinks, tops come off and the dancing begins to the pulsing sounds of electronic music. 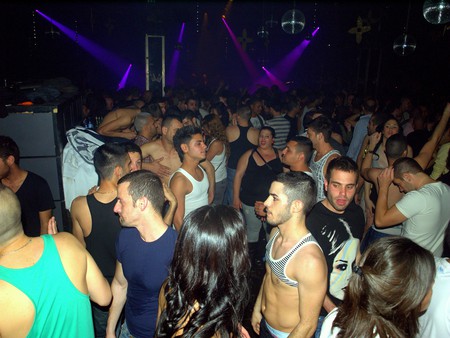 This little club in Copacabana is cheesy, yet packed with fun and people, partly because of its tiny size and partly because it genuinely is a popular spot. From the classic 90s pop and dance music to the greasy pole in the center of the dance floor, there is nothing sophisticated about this joint – but that is undoubtedly its best quality.

There are several gay-friendly pool parties on in Rio, usually located in Gavea or Barra, yet often the location is unknown – you buy your ticket online and meet at a designated spot, before being taken to the exclusive event. These events are sporadic and are usually only advertised on Facebook. There is also a pool party in Ipanema called Bum Boom that is held almost every Sunday during the summer months in Rio. On top of a huge house called Casa Mosquito, it has a pool with inflatables, fabulous cocktails and perhaps one of the best views across Copacabana and Ipanema.

Carnival has several gay-friendly blocos (street parties) and of course, there is the annual gay pride.

Carnival is one of the most liberal weeks in Brazil, where all-day drinking brings an anything-goes attitude. The largest street parties in Carnival that are widely popular among the gay community are Banda de Ipanema in Ipanema, Bande das Quengas in Lapa and Bloco da Preta in the city center. 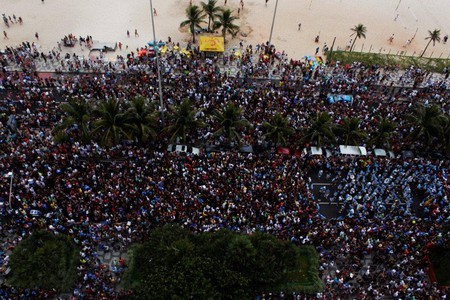 Held once year next to Copacabana beach, Brazilians travel far and wide to enjoy one of the best gay prides in Brazil, given its ideal weather and beach-side location. It usually happens in October, but this year it will be in mid-November. Bring your fancy dress and get ready for the largest party at this time of year.

Rio Gay Pride | © Better than bacon/Flickr
Give us feedback