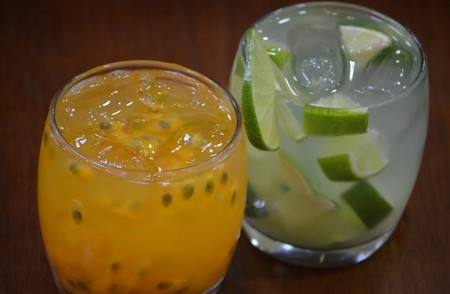 In Brazilian pop culture, cachaça is usually consumed in the form of the beloved caipirinha – a cocktail that mixes cachaça, lime juice, sugar and ice. However, Brazil’s traditional spirit can be pleasant on the rocks, as long as you know the right one to drink. Here’s everything you need to know about Brazil’s national liquor.

Almost all spirits have a plant-based origin, and for cachaça, it’s sugar cane. The fermented sugar cane juice is the most popular distilled alcoholic drink in Brazil, although it’s yet to catch on abroad on a significant scale. While it is normal to see perhaps a few bottles of different vodka or tequila in American or European bars, it’s hard to find more than one bottle of cachaça, if at all. In Brazil, the most popular and pleasant way to drink it is as a caipirinha, yet go to any pé-sujo bar (a cheap and cheerful Brazilian bar), and you’ll find some people from the older generations drinking neat cachaça, known as pinga, poured straight from an unchilled bottle. 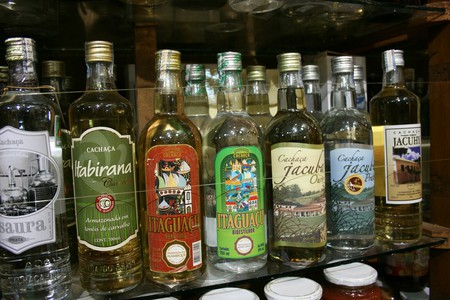 The origin of cachaça

Portuguese settlers introduced the sugar cane plant to Brazil in the 16th century. It wasn’t long before farmers discovered that fermented sugar cane produced a sweet-tasting liquor, and soon they were experimenting with ways of making it. As it was so easy and cheap to make it on the farms, cachaça became known as a working-class spirit. Nowadays, its process has become a little more sophisticated with over 20 different Brazilian wood types being used as barrels to give the cachaça different flavours. However, it is still considered a lower-class drink in Brazil, whereas vodka and whiskey, especially imported brands, are seen as more upscale. 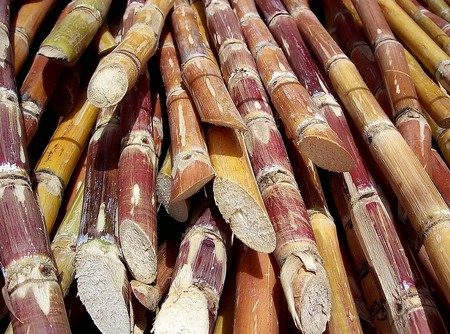 How cachaça is made

Cachaça is conventionally clear; however, cachaças with golden hues do exist, darkened with a caramel colouring to show it is an aged cachaça. In order to make cachaça, sugar cane stalks are washed and pressed through large metal rollers to produce a concentrated sugar cane juice. Next, the juice is filtered to take out any plant fragments or dirt before being mixed with some type of cereal to help the fermentation process and give the finished product a unique taste. It is then added to the fermentation tanks for the final process of creating cachaça. The exact cereals used and the length of the fermentation process all depends on the distillery.

The fermentation at room temperature is quick – between one and three days. It is then distilled at high temperatures before officially being labelled cachaça. It is then used either as liquor, as bottled cachaça or goes back into the process to be distilled again. It is usually sold between 38% and 54% ABV.

Aging cachaça isn’t as common as whiskey or brandy, but sometimes it is aged to produce a smoother, sweeter taste. To be considered an aged cachaça, at least 50% of the contents have to mature for at least one year. Very dark cachaça usually ages for three or more years. 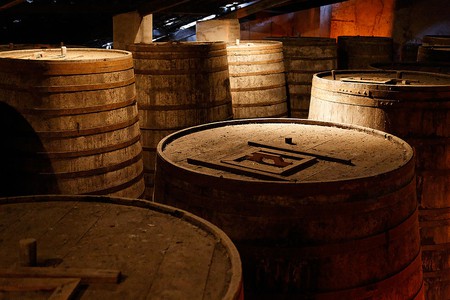 Cachaça around the world

There is some confusion between rum Agricole and cachaça outside of Brazil. The key difference is that rum Agricole is made from sugar cane molasses, whereas cachaça is made from pure sugar cane. Molasses is a thick treacle made by refining sugar cane into sugar. Yet even this clear difference wasn’t enough to prevent cachaça from being labelled as Brazilian rum in the United States for decades. It was only in 2013 that it was finally recognised as a distinct Brazilian spirit and was marketed as cachaça.

Cachaça is best known for its use in caipirinhas, with modern pop culture creating new versions using exotic fruits and sweet extras such as condensed milk. However, for the ultimate Brazilian experience, stick to the traditional lime version if you want to be reminded of tropical beaches and hot, sunny days.

Caipirinhas | © JuAnnun / Pixabay
Give us feedback