7 Festivals and Raves in Fortaleza 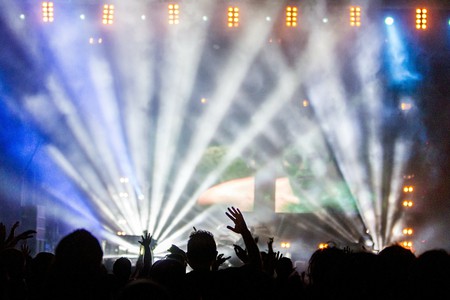 There is no doubt that they know how to have fun in Fortaleza and with a choice of festivals ranging from jazz to trance, there is no shortage of music to enjoy throughout the year. Some of the events move location and change date annually so consult with our guide to find out what to expect from the city’s live music scene.

Reaching its 26th year in 2017, Fortal is a musical institution in the city. It takes place over a weekend at the end of July, bringing some of Brazil’s best musicians to Fortaleza. It is set up like at carnival in a custom made area called Fortal City close to Praia do Futuro. A float follows a set course with people dancing all around. For those who want to avoid the throng, there are 350 camarotes, which are like VIP areas for those willing to pay a bit extra. The line-up encompasses big names in sertanejo, Brazil’s crazily popular country music, forró, carnival and even some jazz.

Playground is one of Brazil’s leading electronic music festivals. It moves around the country each year, often stopping to please the adoring crowds in Fortaleza. The last time it was there in 2013, 30,000 people attended, spilling in to an amusement park to see international DJs as well as enjoy the fairground rides. It is due to return to Fortaleza in April 2018 so dust off your raving shoes.

Mix Forever Tropical House Festival made its debut in Fortaleza at the Colosso Lake Lounge in July 2016. The roaming caravan of electro tropical house music brought popular Brazilian music-maker DJ ALOK to the city, along with the alluringly named Make U Sweat and a line-up of other merrymaking party starters. The festival is due to set up in Rio de Janeiro this year, but follow it on Facebook to find out when it will return to the north east to pump out the tropical beats once again.

Brazil is famous for welcoming in the new year with music, fireworks and hours of festivities. It is no different in Fortaleza where the city puts on a huge public party with DJs, bands, singers and non-stop entertainment. Iracema Beach fills up with revellers wearing white and big acts come onto the stage to rev up the crowds and see the sun rise on January 1st.

Dreamworld Festival is an alternative psytrance rave that is usually held on a farm just outside of Fortaleza. Its third edition, which takes place in March 2018, will celebrate a Mayan calendar called Tzolkin, which is made up of 13 months of 20 days, as well as blasting out high energy trance tracks. Previous incarnations have brought international DJs like Isreali producer Perfect Stranger to the North East, as well as Brazil’s own top trance DJs.

In August, Fortaleza’s Orbital Music Experience will bring a long list of Brazilian and international electro names to the city for one night only. Mad Maxx, a veteran trance DJ hailing from California, is headlining and will be keeping the BPM upwards of 138 per minute. With elaborate, psychedelic stage decorations, this is an impressive set up that makes for a glorious night to remember.

A post shared by Orbital Music Experience (@orbitalmusicexperience) on Jun 4, 2017 at 11:58am PDT

A long-standing fixture in Fortaleza’s live-music calendar is its annual Festival de Jazz e Blues. Usually taking place in March, the festival brings musicians to a handful of venues around the city. Many of the bands are local to Ceará, as well as other parts of Brazil and abroad. The event has two parts, with an alternative line up playing first in the small historical town of Guaramiranga, 100km from the city, before the festival moves to Fortaleza.