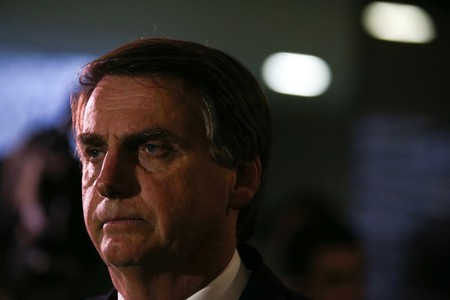 Brazil’s elections will take place in October 2018 and are already causing controversy. According to pollsters, the two strongest candidates running for president were Luiz Inácio Lula da Silva and Jair Bolsonaro. However, Lula is currently facing 14 years in prison for corruption and money laundering in the infamous Lavo Jato scandal, leaving Bolsonaro with increasingly better odds of winning. Many publications have compared him to Trump (one called him The Tropical Trump) due to his extreme right-wing views that are causing alarm in some of the Brazilian population. Here are ten facts about Bolsonaro, Brazil’s potential new president.

Bolsonaro is a former army captain and a religious nationalist. His right-wing opinions are controversial at best, offensive at worst and he is open about his anti-gay and pro-gun views.

He defends Brazil’s past dictatorship regime

Brazil’s military dictatorship lasted between 1964 and 1985 and was a period when political opponents faced torture and even murder. However, Bolsonaro supports the military regime by saying it was a time when education was better and people had more freedom and security.

He has been accused of being sexist

A female Brazilian politician, Maria do Rosario, called Bolsonaro a rapist. He replied that he would never rape or sexually assault her as she doesn’t deserve it. Rosario later threatened to press charges against him for his comments.

Despite his conservative views, his political party is called a ‘progressive party’. His campaign slogan for president is ‘Brazil above everything, God above everyone.’ 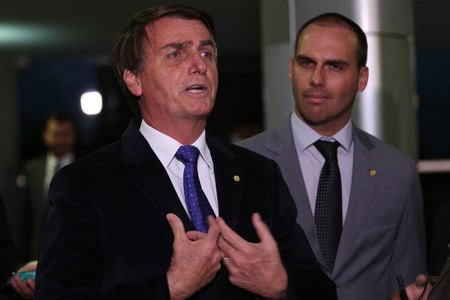 According to Ibope, a Brazilian pollster, more than an eighth of the Brazilian population would have voted for Bolsonaro at the end of 2017. In recent weeks, this may have increased further due to potential changes given Lula’s current circumstances. Researchers believe that Bolsonaro’s support is high due to his radical ways and Brazil’s problems with high unemployment levels, increasing poverty, and a growing murder rate – some of the population think that a complete turnaround in the government could be what Brazil needs to improve its current issues.

He has a strong social media following

Bolsonaro is using a clever tactic for his political campaign; instead of spending millions on traditional strategies to boost his popularity, he is turning to social media and building his profile there. His Facebook account has 5.2 million followers that continues to grow each week, which is more than any other Brazilian politician – even more than Lula who was widely popular in Brazil. He posts every day and some of his videos get more than one million views.

Bolsonaro hasn’t made many promises to the population if he becomes president other than pledging for a more secure and safe Brazil. Some things he has talked about though include lessening gun-control laws, building a stronger relationship with Donald Trump, and restricting Chinese investment in Brazil. 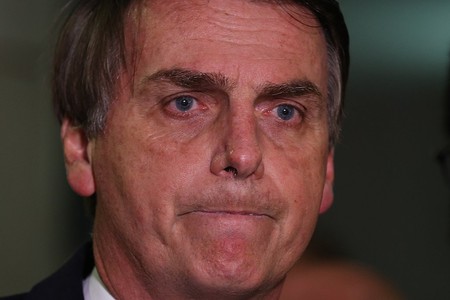 He is considered anti-gay

Bolsonaro has made several comments that support his anti-gay views and his opposition to gay marriage (that was made legal in 2003) and adoption by gay parents. Despite recent figures from Grupo Gay de Bahia (an LGBTQ watchdog in Brazil) that show homophobic violence increased by 30% in 2017 rising from 343 people killed in 2016 to 445 people in 2017, Bolsonaro denies hate crimes against the LGBTQ population, saying that 90% of their murders are in areas of drug use and prostitution or are crimes of passion.

He has made strong anti-gay remarks

On the BBC program, Out There, recorded in 2011, Bolsonaro said, “no father would like to have a gay son” before adding, “we Brazilians don’t like homosexuals.”

He has made several controversial comments